Hey fellow TeXnicians,
I've been having some trouble integrating pdfcomment with a custom command that I've written. No matter how simple the command, it seems that pdfcomment swallows the last character of the arguments I pass to it. A minimal reproduction case would include something like this in its preamble:

Invoking \pdfmarkupcomment normally in the body text does not create a similar problem.

The only thing I've found that causes the final character of the passed-in string to render is leaving a full space after #1---wrapping the argument in braces causes LaTeX to throw an error, and adding \xspace is ineffectual. As solutions go it's not the worst, and I can certainly live with it. But I'd be curious to know whether anyone has insight into what-all's going on. I've been using LaTeX for years, but this one's got me pretty much stumped.

Thanks in advance for your thoughts!

I get the following result: 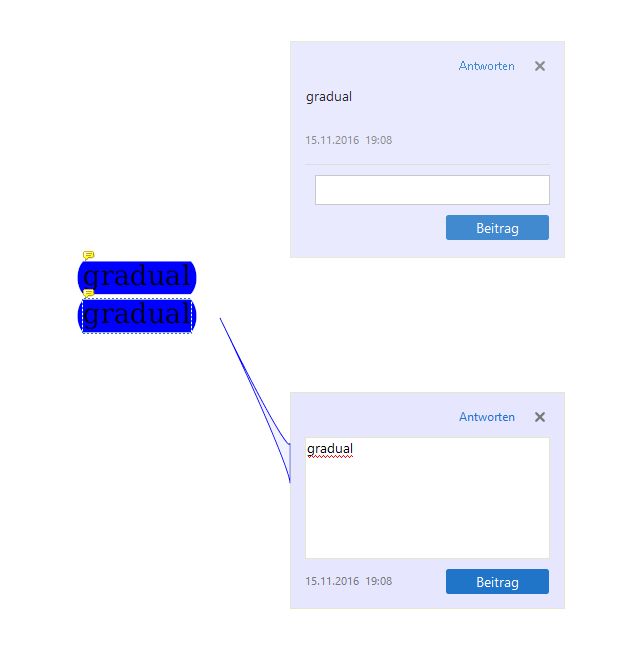 In mwe.pdf you will find:

There's definitively gradual as PDF annotation content! Besides the positions, both methods produce the same code. So, probably a problem with your PDF viewer! I'm using Win10/AR!

Not the answer you're looking for? Browse other questions tagged pdfcomment or ask your own question.