I am trying to create a DNA alignment diagram. Here is what I have: 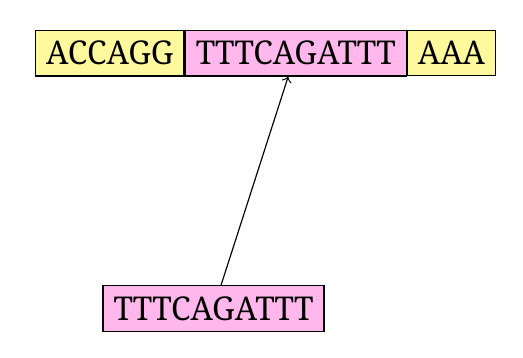 How can I make the thing at the top look like a single sequence with its parts highlighted, i.e. more like 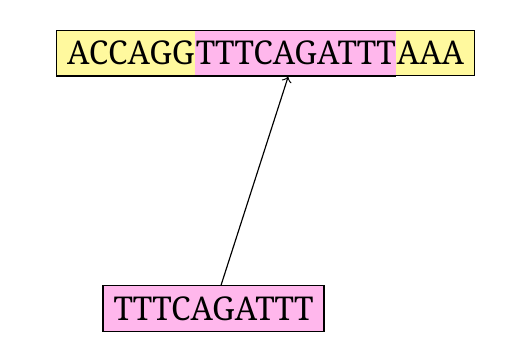 Draw the boxes at the top without frames first, and then a box around them all:

Edit: modified to address the white border issue. Box heights didn't change; that was probably just an artifact created by my pdf viewer (from which I took the screen capture). 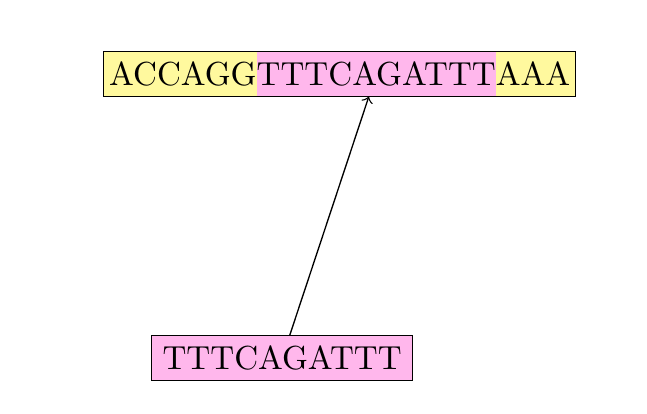 In addition to Michael's answer:

the box heights were still uneven; I fixed this with \vphantom like this:

11
TikZ: Cropping the Bounding Box
16
Numerical conditional within tikz keys?
9
Line up nested tikz enviroments or how to get rid of them
13
What is the difference between points, coordinates, and anchors in TikZ/PGF and how can I deal with them?
6
Problems with nested TikZpictures
3
Defining a tikz-shape for block mode diagrams
1
Arrow between BTrees