In my textbook, I want to include both an index and a glossary. For the glossary, for which I'm currently using the glossaries package, I would prefer to have pointers (and hyperlinks) that don't go straight to one or more occurrences in the main text, but instead point to a single index entry (typically for the same term).

Maybe a sketch is in order.

And while we are at it, we might as well also generate a pointer to the glossary entry within the index item.

PS: Before commenting on the above sample text, note that the book is about neither engines nor endangered species.

glossaries indexing
Share
Improve this question
edited May 24, 2017 at 8:17

Here is what I came up with: I ditched the glossaries package and instead implemented a couple of macros based directly on hyperref. The index is generated as usual by makeindex, but I use a few tricks in order to let it generate the hyperlinks and -targets to match the ones created in the glossary. The glossary can simply be written as a description environment (although in real life I would use the enumitem package to customize it). 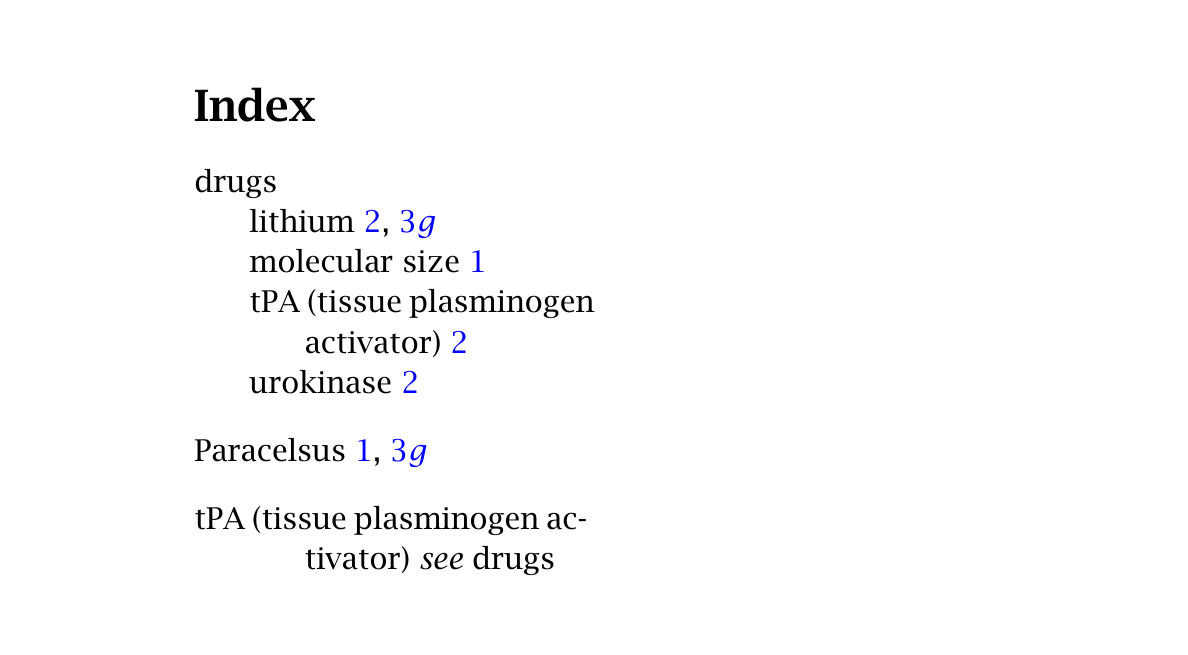 Not the answer you're looking for? Browse other questions tagged glossaries indexing or ask your own question.

22
Which tool to use: an index or a glossary?

9
Provide boolean from two arguments case insensitives
6
How to mark up different entry types (index/glossary/acronym/notation) at the same time in datagidx package?
6
How can I add every glossary entry to the index?
3
Embedding an index or glossary inside a longtable, with automation of hyperlinks and delimiters in arguments
9
Nicely showing 'special' index entries in the margin
4
How to label the index and glossary
0
Glossary not being updated, document complaining about non-defined acronym
1
Use glossaries-extra + bib2gls with secondary files via \include instead of \input