Error trying to use \edef

Feel free to skip past this explanation to the code below. My issue is trying to get \Q@Selection to work with edef.

I have a macro that uses a for loop to assign some dynamic macros that I am toying with to figure out how some things work. The goal was to take a bunch of macros that were generated using a for loop, then shuffle them, and then build a set of macros that have them shuffled.

I have a command \Knuth@Shuffle{Max#}{Name}{Pick#} Which generates (pick#) of counters, named NameI, NameII, ..., Name\Roman{Pick#}, each of which containing a random (non repeating) number 1 - Max#.

Using that, I then want to assign a new set of macros by selecting the pick# of macros from a pre-generated list of macros of the form Question@\Roman{(number)} for numbers 1 to Max#. But I want to pick the random ones, so I am using: Question@\Roman{Name\Roman{(number)}} to pull the random choice. Since I need to assign these values inside a loop, I need to use \edef to make sure that the values are assigned as the loop runs and not at the end (effectively giving me the same macro a bunch of times)

Supporting code if you want to see how the randomize function works:

As a footnote: I was writing this largely to learn how to do some things but if anyone has suggestions of a much cleaner and nicer way to do this I'd appreciate the advice as well. I like learning on my own but that doesn't mean I'll ignore good advice.

\expandafter\pgfmathrandominteger\csname #1\endcsname{#2}{#3} does imply an assignment while \edef does expansion only which means that assignments within the definition text of an \edef do not get carried out at definition time. Instead the corresponding tokens are left in place and they become part of the definition text of the macro that is about to be defined by \edef. This means these tokens get 'spit out' whenever the macro defined by \edef gets carried out/expanded.

If I got you right, you wish to call in random order in time a particular number of different macros whose names can be derived from numbers in a certain range of integers. No macro shall be called twice.

An issue with LaTeX is that often more than one compilation is required until everything matches out as mechanisms like \tableofcontents, \label..\ref, hyperlinks, ..., rely on information gathered during the previous LaTeX compilation.

Therefore having a mechanism that stores a random value in the .aux-file and makes it available similar to the \label..\ref- mechanism appears to be be a good idea.

Due to answers being limited to 30000 characters I decided to post coding examples in other answers:

Does the following code do what you want?

You might wish to be able to call each macro separately: 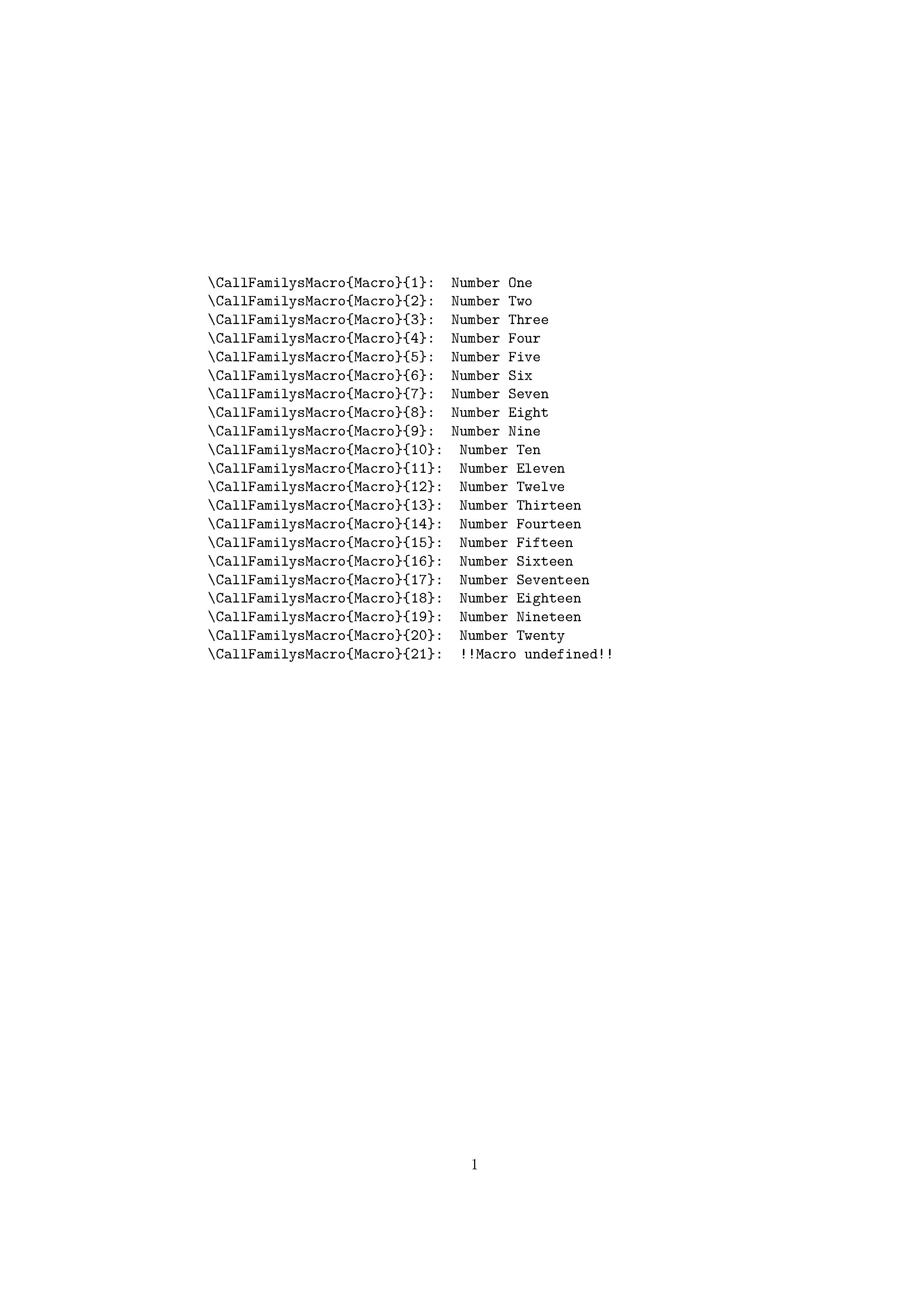 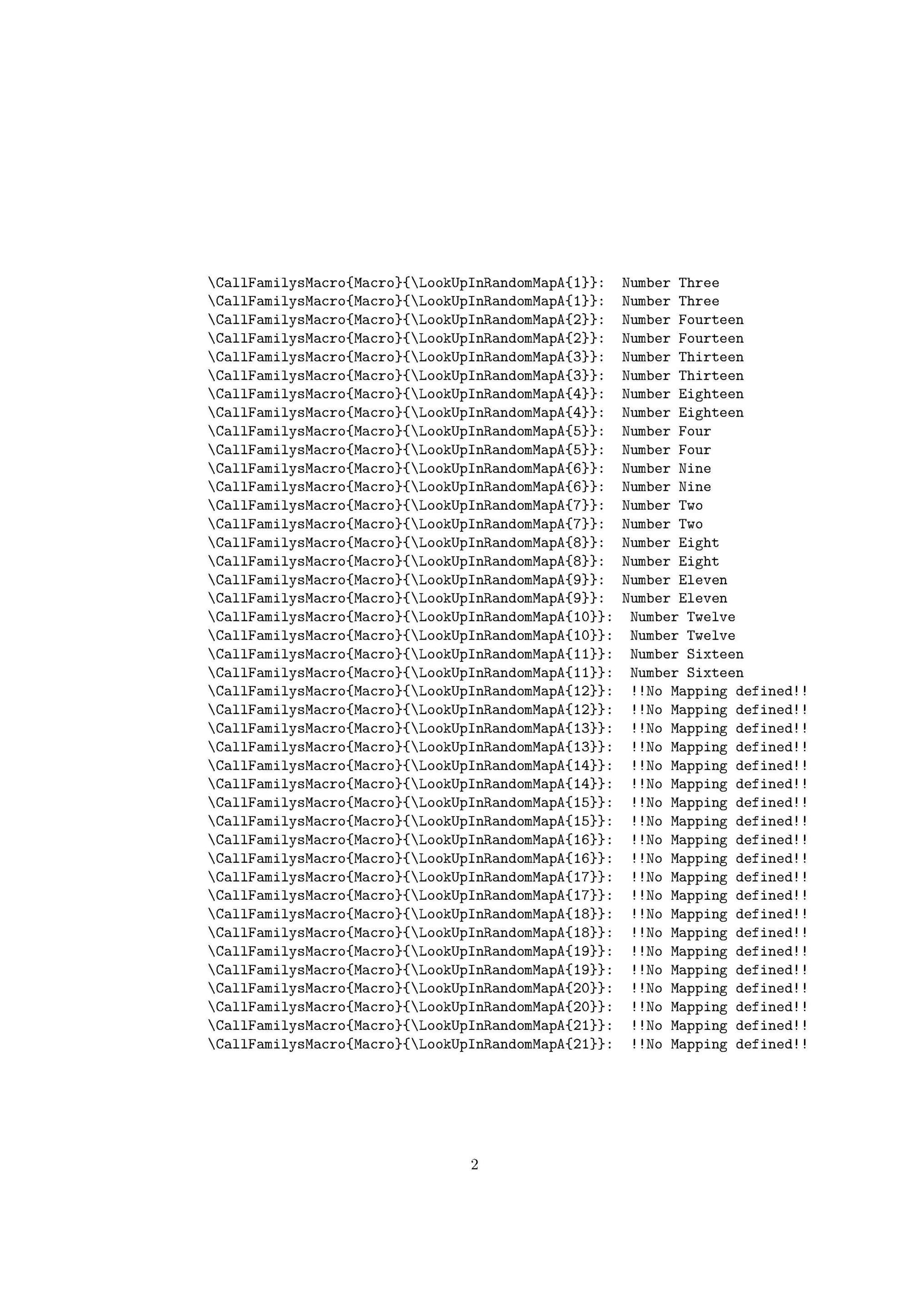 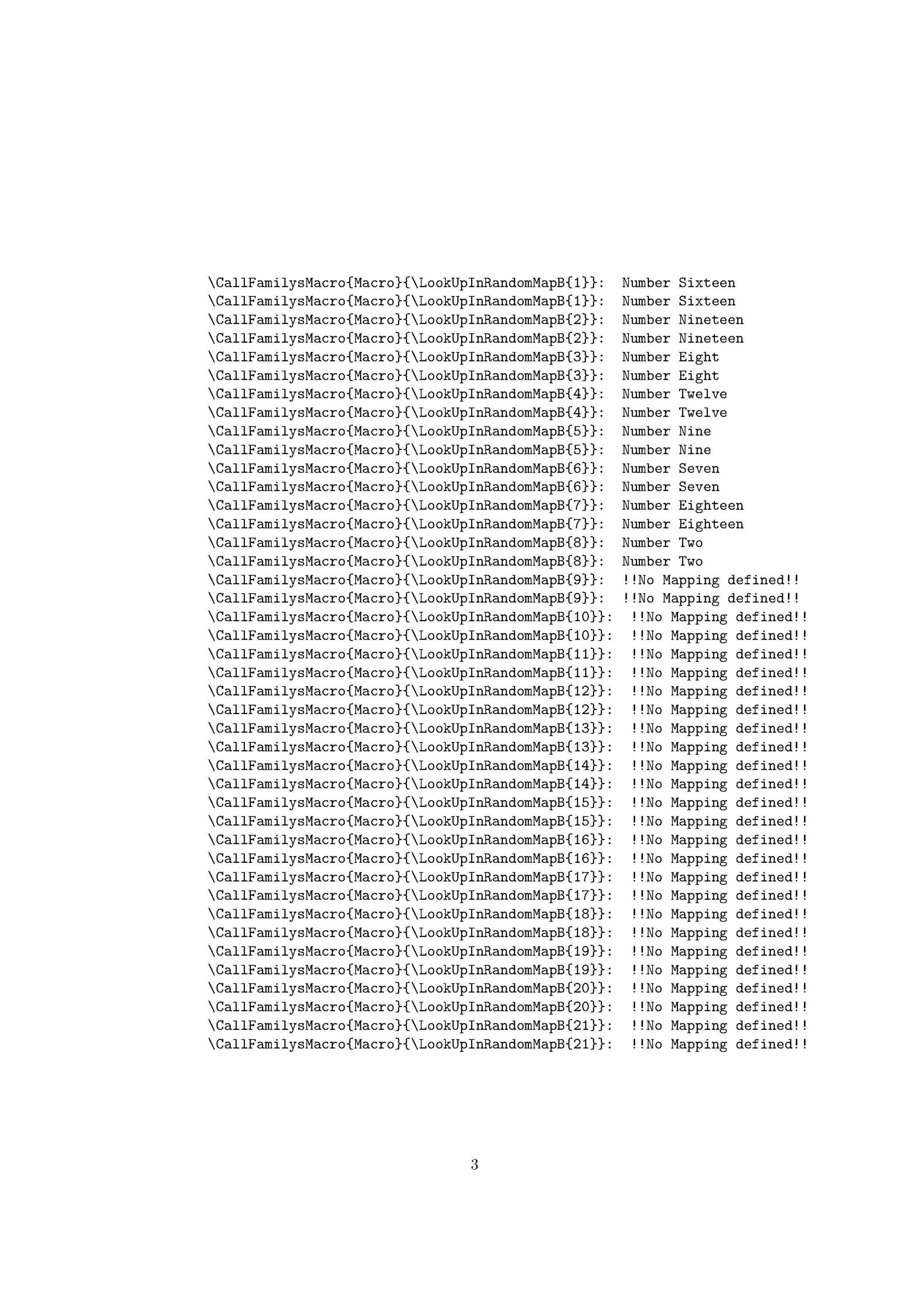 It's not clear how you generate the macros, but you may enjoy this shuffling macros based on https://tex.stackexchange.com/a/224559/4427 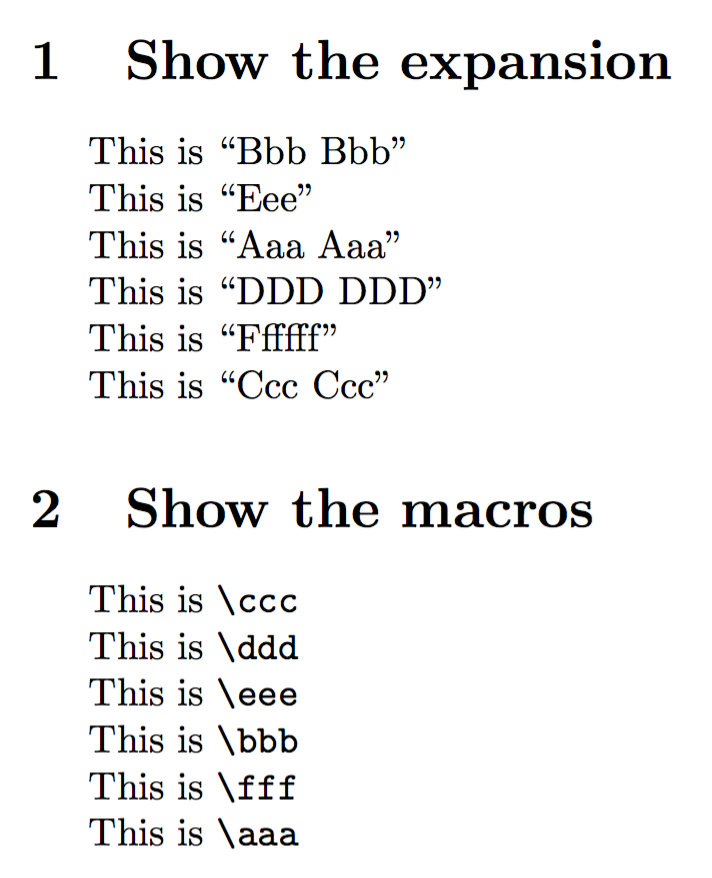 The argument to \permuteandprint is how you want to use the stored macros (after being permuted); #1 stands for the current stored macro.

One method could be randomly choosing numbers within range 1..60000 until 30 different numbers are found. After each choice you'd need to find out whether the chosen number was already chosen in a previous choice. You don't know when this is done. With bad luck the process will take a very long time as you will often get numbers that were already chosen. That's very unlikely to happen when choosing only 30 elements from 60000 elements, but it is not completely impossible to happen.

Another method could be:

If not(k < 30 ) : Terminate as there are 30 different randomly chosen numbers.

Yet another method could be creating a subset consisting of the first k  elements of a random permutation of the n  elements, e.g., by means of the Fisher-Yates-shuffle-algorithm or the Knuth-shuffle-algorithm.
In your case you'd need to perform k  "exchanges". Within the the lth  exchange for obtaining the lth  element of that subset you can choose between 60000+1-l  elements...

Still another method could be creating the subset of the random permutation by means of Lehmer-decoding:

(If the elements are numbered from 1 to n , you can easily achieve such mapping for each element by subtracting 1 from the nominal-number denoting the element in question.)

Choose a random number u  within the range 0..((n!/(n-k)!)-1) . (Calculating that range might take time.)
Take u⋅((n-k)!)  for the Lehmer code of the (u⋅((n-k)!))th  permutation of n  different numbers in range 0..(n-1)  whereby the permutations are lexicographically sorted and numbered from 0 to (n!-1) .
Lehmer-decode u⋅((n-k)!)  in order to obtain that permutation.
(Lehmer-decoding is fun as it includes calculating the representation of u⋅((n-k)!)  in the factorial system which in turn implies division by all integers in range 1..n  which takes time. In your case: n=60000  ... )
Keep only the first k  numbers from that permutation and take them for the numbers which the elements choosen are mapped to and obtain the nominal-number of each chosen element by adding 1 to each of these first k  numbers.

, I in any case recommend not using (La)TeX for implementing this but writing an external executable program which calculates the random choice and delivers a text file choice.tex containing a sequence like:

From within a LaTeX-run such an external program can be called/executed via (La)TeX' \write18-feature if that is enabled.

You can use the LaTeX2e-kernel-macro \IfFileExists for via \write18 calling your external program and thus creating the text-file choice.tex in case it does not already exist before \input-ing it.

With some strange project, I did keep the C++-source code of a small program within a filecontents*-environment which did produce the corresponding .cpp-file on the fly. Then I used \write18 for running the C++-compiler on that .cpp-file. Then I used \write18 for exexuting the executable produced by the C++-compiler. Of course the thing wasn't platform-independent any more...

Not the answer you're looking for? Browse other questions tagged macros loops primitives or ask your own question.

4
Is it a convenient way to write longer program codes in LaTeX?
2
Display Item list in sequential and random (without repetition) order

196
When to use \edef, \noexpand, and \expandafter?
10
Long version of \edef, \xdef, \protected@edef
11
Error with \edef and inner \def,
5
Trying to understand \def\def@ sintax primitives
9
How to use @ifstar with arguments
0
Collect contents of an environment (that contains verbatim content)
2
Creating 63 Idempotent Latin Squares of order 25 and then creating 3 Mutually Orthogonal Latin Squares of order 21
3
Error of \begin{problem} ended by \end{problem}… huh?
0
Error trying to modify a specific macro
6
Cannot use \textit or \url in \edef