Captions at the End and No Figures/Tables

In addition, is possible to list all the captions without issuing a \newpage between them?

There are a number of things to do here. \AtBeginDelayedFloats would be where you can adjust some of the processing. This would include:

Additionally, you'll have to increase the totalnumber counter (and perhaps topnumber and bottomnumber) to allow for more floats on a page.

OK, so I had an obvious idea to accomplish part of what I wanted. I just had to comment out the command that includes the picture (duh!). For example:

This "hides" the figure at the end of the PDF and only displays the caption. Apparently, the command to prevent displaying one caption per page is the following: 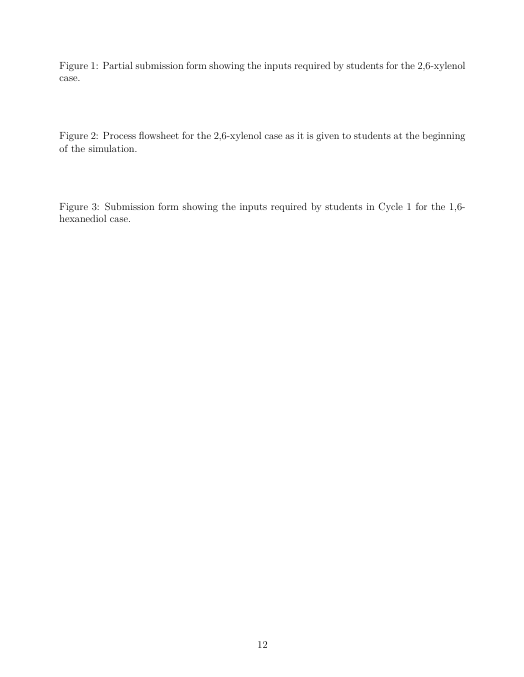 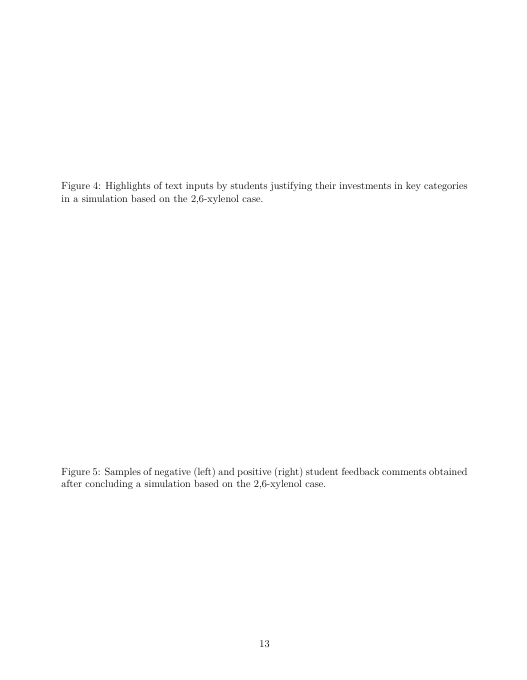 I can't figure out why this is happening. It looks strange. If I can't get that fixed, I'll just go with the option of displaying one caption per page.

As suggested below, this can be "fixed" with the following command:

Not the answer you're looking for? Browse other questions tagged endfloat or ask your own question.

3
Justification of captions in List of Figures when using endfloat package
2
Endfloat: Customized figure caption p
2
endfloat on part of the document
5
Force all figures but not tables to the end of a document
4
incompatibility of endfloat and “input” tables from other files?
1
Using endfloat package generates table heading in subsequent chapters
0
Endfloat document with list of figures and no figures
3
Endfloat seems to suppress subnumbering of tables
1
endfloat - order of appearance