Bug in the mdframed package (workaround?)

I've discovered what appears to be a bug in the mdframed package. My goal was to use a package which allows me to create shaded theorem environments which span multiple pages (thmtools does not allow this). Run this minimal example:

Does anybody know the source of the bug? Moreover, is there a way to work around this? I want the theorems to span the pages, as the package was designed!

Although I don't know exactly what's going on, I don't think it's a bug in mdframed, but a bad interaction of \marginpar. As a workaround you can use \marginnote from the marginnote package: 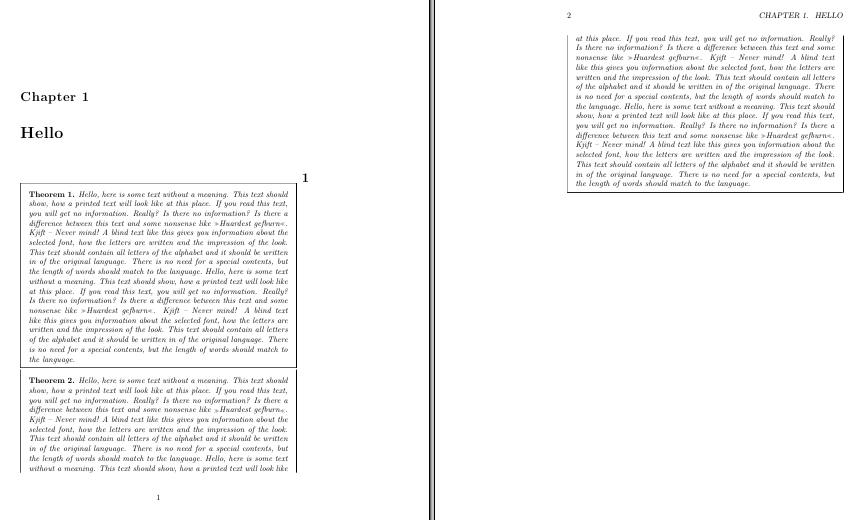 Not the answer you're looking for? Browse other questions tagged memoir theorems mdframed or ask your own question.