How to create horizontal columns in Beamer?

I'm creating a Beamer presentation, and I want a slide that has the following format:

I know the \begin{column} thing, but it creates vertical columns. I need horizontal ones. Any idea how to achieve this? Currently, I have just just this:

It just loads the three figures one under the other correctly, but they are not in the far left of course, but in the middle. And I don't know how to achieve this horizontal columns. Any ideas?

Is this the layout you are looking for? 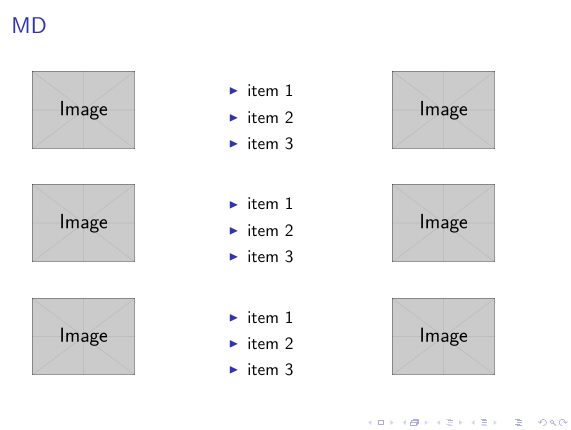 Not the answer you're looking for? Browse other questions tagged beamer or ask your own question.