How to fine-tune hyphenation for mix of math and text

Now the first problem one encounters when using this pattern is that the word is not recognised by the hyphenation algorithm anymore. A simple fix is to insert a 0-length space before the word:

With this trick the hyphenation patterns for word are used correctly again.

The problem is that I would like to avoid the following line breaks:

and only allow hyphenation in lengthyword

I tried with $math$\nobreak-\nobreak\hskip0pt word to no avail. What is the correct way to instruct the hyphenation?

Placing the hyphen in an \mbox will preclude its use as a breakpoint.

EDIT: Thanks to barbara for providing the magic incantation to avoid the need to manually hyphenate the word following the $math$\mbox{-}. In particular, a strategically placed \nobreak, allong with the \hspace{0pt} provides the generalization: $math$\mbox{-}\nobreak\hspace{0pt}lengthyword. 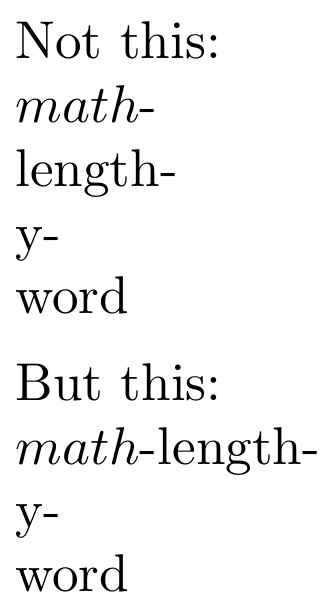 for convenience, here's a scan of the relevant section. 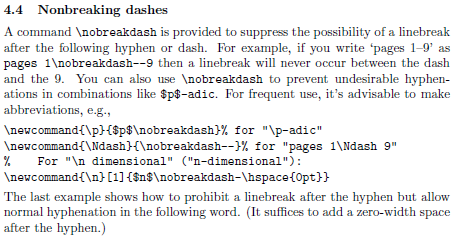 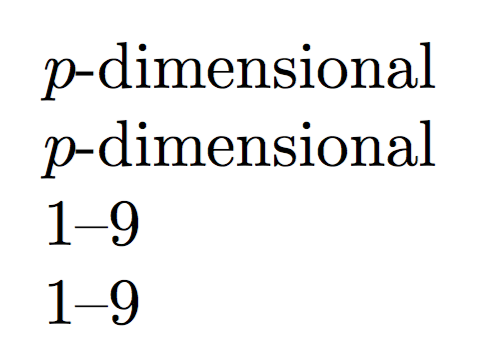 It is possible to change the definition for U+2011 to allow hyphenation in the following word: 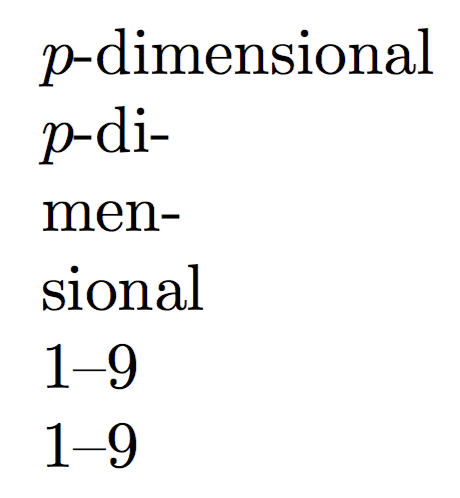