This is a general question really, on finding a good layout for a very dense text which I'm going to reformat.

There are illustrations, but it's mostly text (see screen capture), with tables here and there (some of which span three or four full width pages), and, as you might guess, a very large table of content + index. In its LibreOffice version, the book is between 300 and 400 single-spaced pages.

I've looked at the Tufte design, which is lovely, but would create a really long document since it only has a single column. I've looked (and am working on) a book design with two columns, but I'm struggling with the sort of margin I should give it, etc.

So, before going any further, I though of asking around: would any of you have a suggestion on the sort of layout or template I should look into for this sort of dense text? The original is hard to get through, because of the information it covers, but also because of its horrible layout, which, obviously, I'd like to improve. 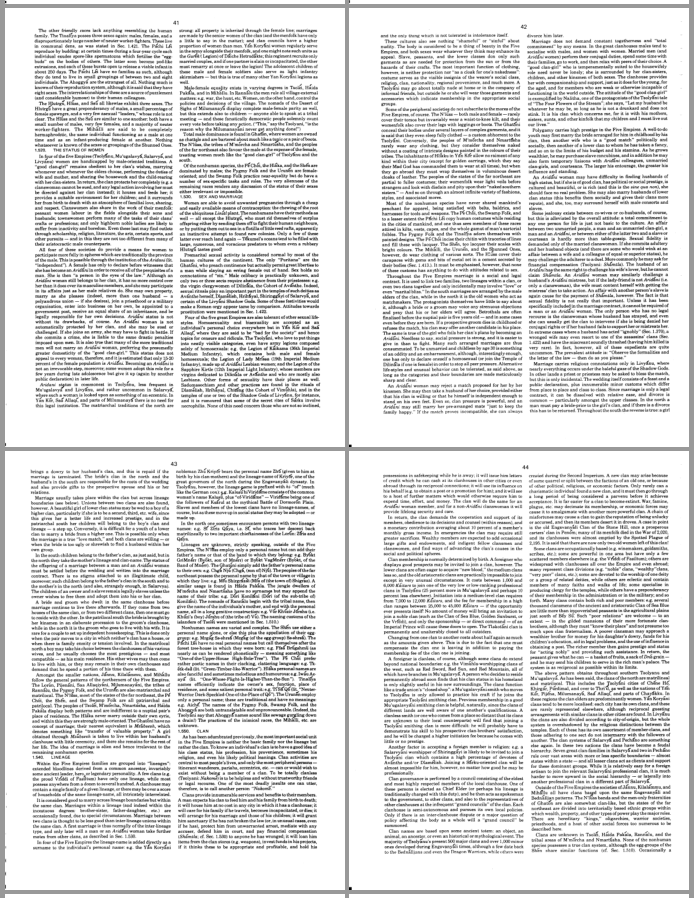 Browse other questions tagged book-design or ask your own question.

829
Showcase of beautiful typography done in TeX & friends
89
Modern book design, margins and typed area
14
Redefining \maketitle to put a maximum of information in a page

19
Exercises in lecture notes without predetermined placement
27
Best LaTeX Templates for books and lecture notes
5
Horizontal margins for margin notes in the tufte classes
3
Setting off an example from the main text
6
Page layout, a philosophical question
0
Help with creating a template for lecture notes
4
Typesetting a computer-science book with XeLaTeX+biber
2
Easily remove page numbers for blank pages (book class)