Label positioning does not work

I am trying to change the label position of Q node indicating the angle, but it seems that does not work, only for default position (0 for right, 45 for above right, etc.). Thank you for your help.

Here is my code 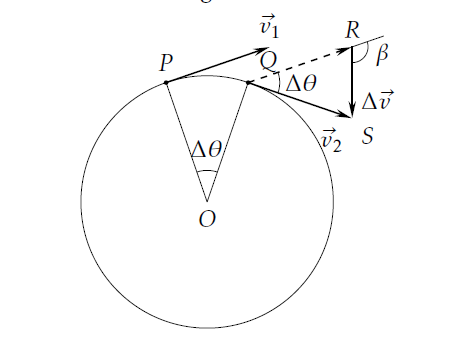 It is not clear what you are asking because it isn't clear where you expect the Q the end up.

Basically, you've said to proceed to the point at (.65,1.891) and make a circular node there with radius of 0.7pt. Then, move to the point that is at an angle of 50 degrees from that node's centre, on the border of the node and put another node there such that it 'faces outwards' from the centre of the first node. However, the anchor chosen will snap to a compass point if close enough, so it is going to draw the node with the south west anchor at the current point.

If we draw this out in colour, we can see that this is, indeed, where the label Q is drawn. 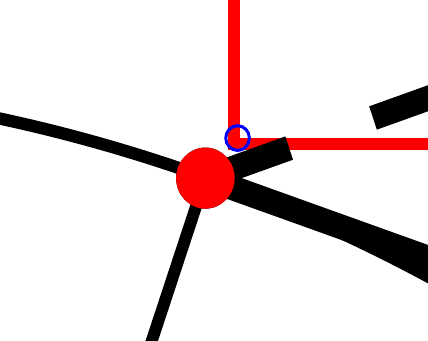 The red lines correspond to the border of the node containing Q. The red dot is the main node. And the small blue circle is the point where the Q node is anchored. Basically, I changed the node label line to

at the end of the code.

Now I assume you want the label somewhere else, but I don't know where.

If you would explain what you expect, it would be possible (probably) to explain how to achieve it. But in response to repeated assertions that it doesn't work, I can only repeat that it does exactly what it says on the tin.

Suppose we draw the recalcitrant node not once, but three times: at 40, 50 and 60 degrees. We draw a semi-transparent border in a different colour around each one, to obtain a layered effect.

Now, if the change in angle made no difference, the nodes would be in exactly the same place. However, they are not. The node is shifted by 10 degrees each time, as expected. 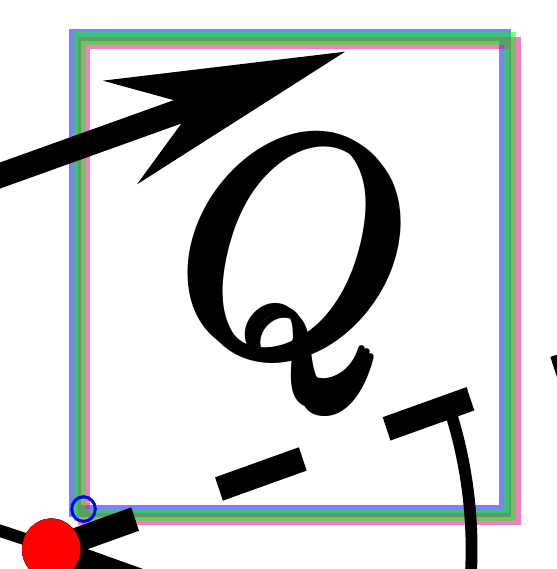 You can also see that the Q is included three times, shifted slightly in each case.

What does not change is the label node's anchor. In each case, the label is anchored at south west.

If you were applying a label to a larger node, the effect would be significantly more dramatic. If we change the node's diameter from 0.7pt to 70pt, then the effect can be seen quite clearly. 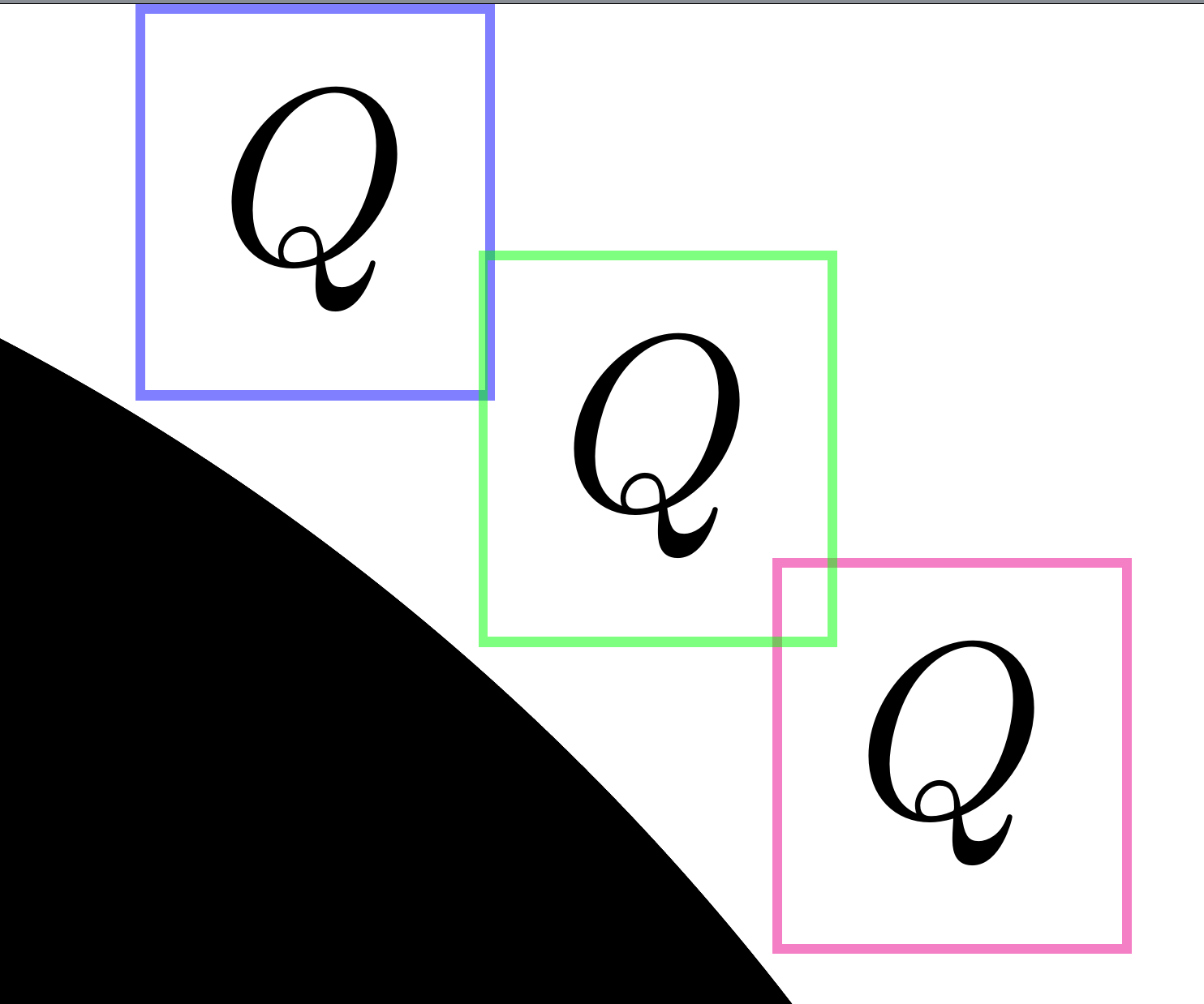 13
Rotate a node but not its content: the case of the ellipse decoration
17
How to define the default vertical distance between nodes?
6
TikZ/ERD: node (=Entity) label on the inside
15
TikZ: Drawing an arc from an intersection to an intersection
13
Relative transparency in TikZ?
9
Line up nested tikz enviroments or how to get rid of them
3
Node relative positioning does not work
5
Tikz image within a defined box (& the textpos package)
7
Positioning of nodes along paths with 'above' and 'below' unclear for vertical paths