overlay for lowerpart of a breakable tcolorbox 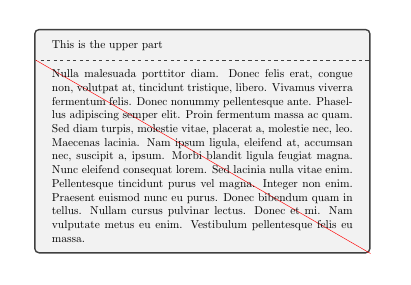 A crossing line covers the lowerpart of the box. When the tcolorbox is not breakable there is no problem, because segmentation node can be used as top reference for lowerpart.

When this design is applied to a broken box I would like that this crossing line appears in all fragments which contain parts of the lowerpart. If some fragment contains part of upper part and part of lower, the line will cover only the lower part of the fragment (like in previous figure) but will cover the whole fragment if they only contain lower part.

As an example, following figure shows a "correct" left page but a incorrect "right" because the red line doesn't starts at top left corner. 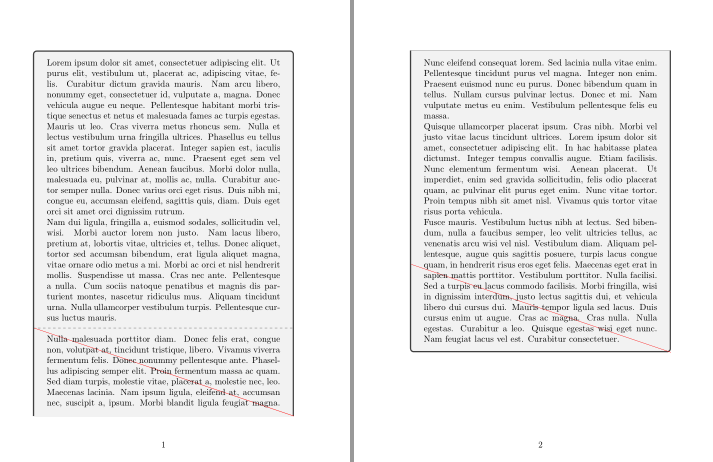 Another example, on left page there is an unbroken box with a "correct" red line and the first fragment of a broken one with an "incorrect" red line. It shouldn't be here because this fragment doesn't contains any lowerpart text. 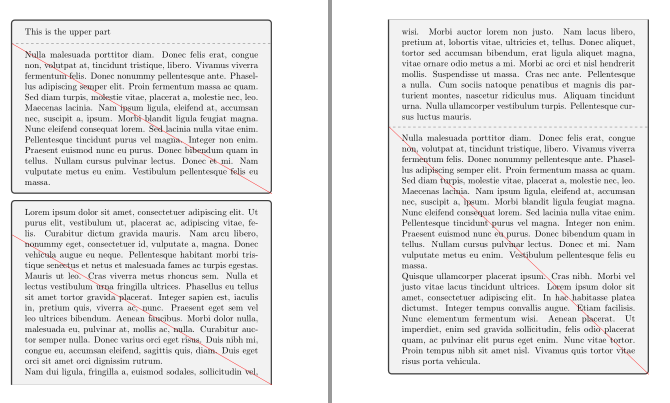 From previous examples it seems that segmentation is remembered from previous uses or definitions and is not deleted in fragments where it should not exist.

Previous examples have been obtained with variations of:

As an alternative I tried with a bicolor skin but segmentation style options is not enough flexible and segmentation code doesn't respect the frame format.

Could you suggest an alternative solution?

There is an undocument macro called \tcb@segment@state which contains 0, 1, or 2. This macro is set for every unbroken box and every broken partial box with the following meaning:

The example code can be adapted as follows: 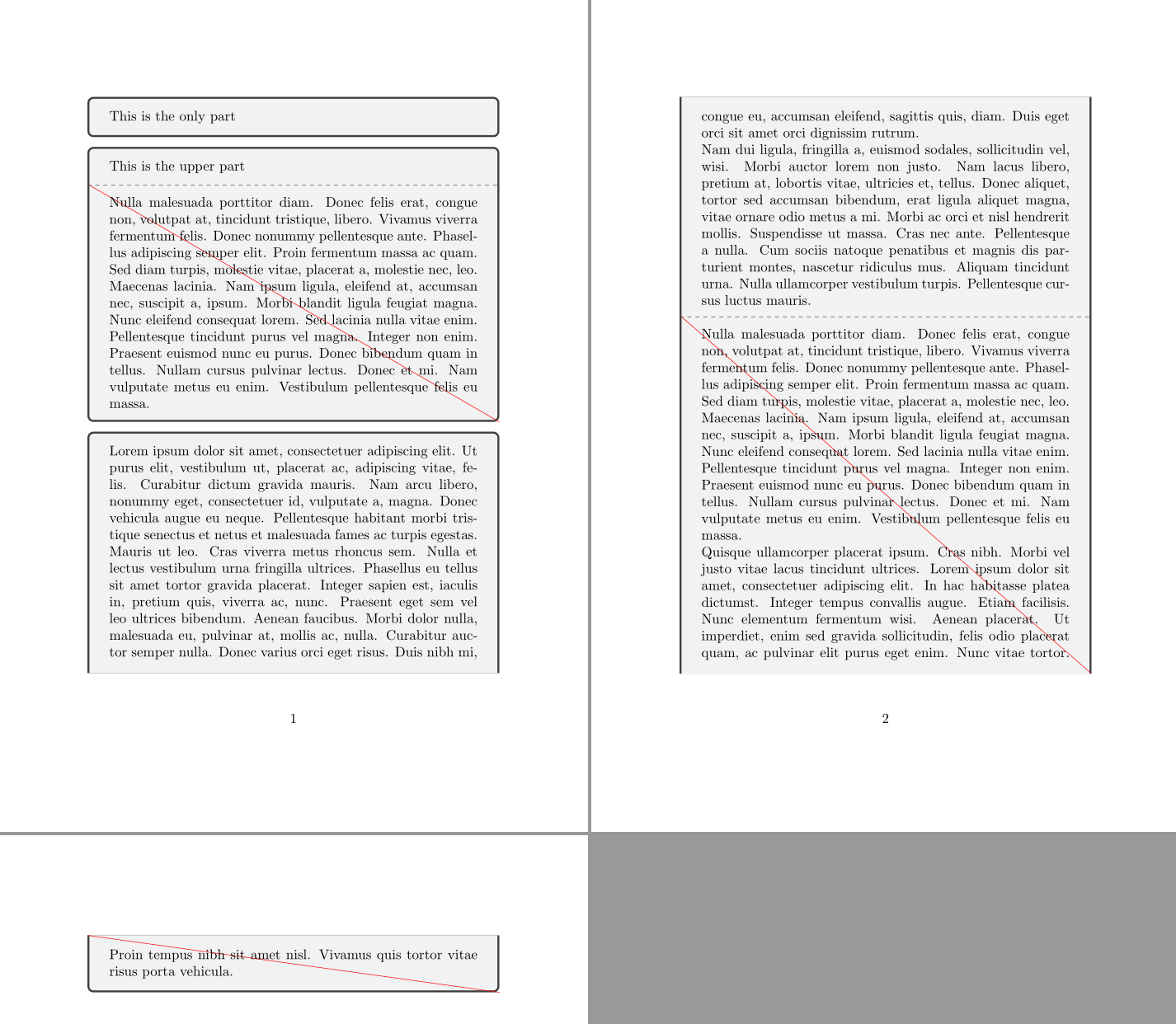 Not the answer you're looking for? Browse other questions tagged tcolorbox or ask your own question.