I'd like to create some notes of Physics for a little thesis using Times Roman. I have seen one book of Physics with the following characters:

Is there a Times Roman-style LaTeX math font package that matches the glyphs highlighted by the red rectangles?

I take it that you're looking for a Times-Roman math font that closely (ideally: perfectly...) matches the shapes of four specific glyphs you've found in some document. These glyphs would be entered in a LaTeX document as \gamma, \beta, v, and \Delta, respectively.

For use with pdfLaTeX, I'm familiar with four font packages that provide a Times Roman-style math font: mtpro2, newtxmath (use the package option varvw to get the letters v and w with "rounded bottoms"), mathptmx, and txfonts. The complete mtpro2 package is not free of charge; however, its "lite" subset -- which is all that's needed to produce these four glyphs -- is free. mathptmx and txfonts actually provide both a text font and a math font.

Based on these screenshots, I'd say you should be using the mtpro2 package. The newtxmath package (if the option varvw is set) is probably OK as well.

If the online typesetting service (ShareLaTeX? Overleaf?) you're using doesn't provide access to the mtpro2 package, I'd say that you may want to look into (a) setting up a full TeX distribution on your own computer and (b) downloading and installing either the lite or the full version of mtpro2.

Here's the code that produced the four screenshots; un-comment one of the packages at a time in order to recreate the screenshots shown above.

Addendum, to address the OP's follow-up query: Here's an excerpt from page 7 of the user guide of MathTime Professional II font package, regarding the package's calligraphic math alphabets: 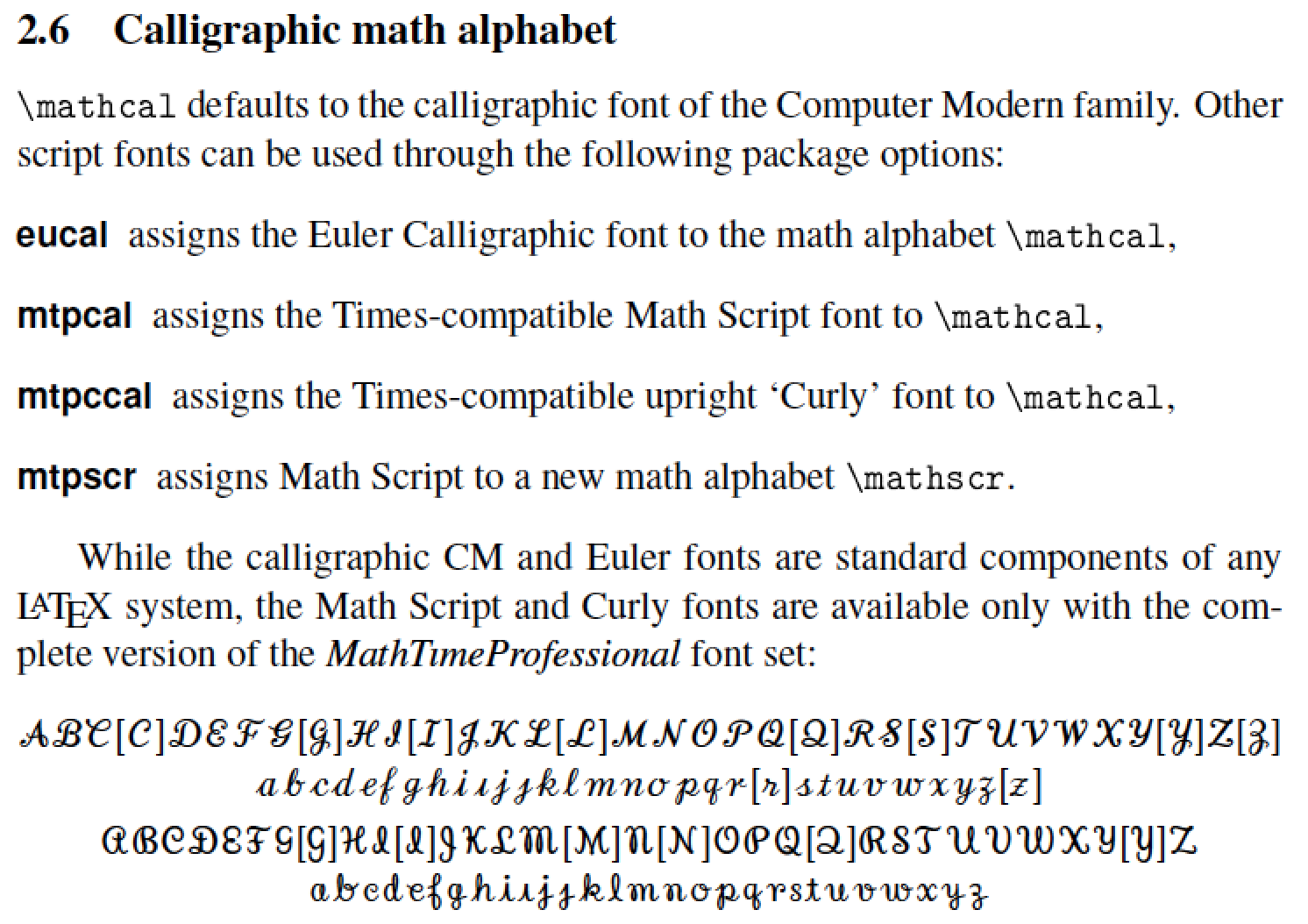 The fonts you show are just Times Roman, plus the commercial MathTime font, a subset of mathtime is available but not in texlive as it doesn't have a free licence. So here I use another math font based on math italic from the newtxmath package. Similarly I'm using the newtxtext Times Roman clone.

As you (still) hadn't provided an example, I made up some text. 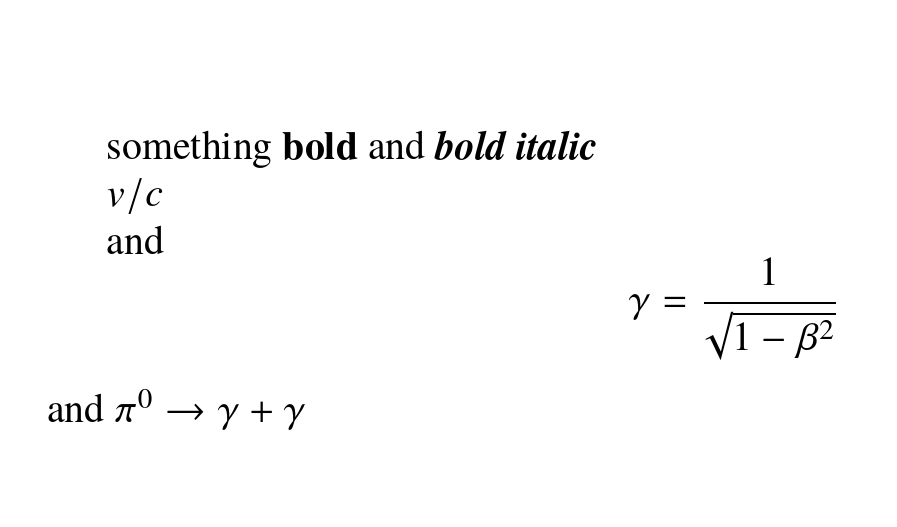 If you can compile with xelatex or lualatex you could also try the TeX Gyre Termes fonts, which are based on Time New Roman, and provide support for Unicode Math.

You also (of course) need to be using an editor that supports Unicode text. I use MacVim, and I have a custom keyboard layout that I use for maths, which has all the characters I regularly use.

Not the answer you're looking for? Browse other questions tagged fonts times or ask your own question.

103
Importing a Single Symbol From a Different Font
40
How do I make my document use the Times font, both for the text and the math?
22
A nice collection of exercises for students
3
Different \mathcal{J}
3
Exist a calligraphic fonts (free) similar at Mathtime Pro 2 Curly script?
2
mtpro2 in Overleaf
0
How to type the “italic” symbols

5
Times New Roman font for custom class
7
Are the new math fonts being made new characters, or adaptation of existing work to OTF?
1
Using both times and eulervm packages
7
Changing only text font to Times New Roman but keep maths symbols in default font
7
Ligatures for fi, fl, ffl do not work for Times New Roman (XeLaTeX)
3
Exist a calligraphic fonts (free) similar at Mathtime Pro 2 Curly script?
2
Including letters from other fonts
2
How to change font to Times for just a paragraph in pdfLaTeX