Admittedly, I've got quite and ugly and awkward looking longtable on my hands (can't think of a better approach to it really), where there's a lot of text in either of the three most-right columns.

Page breaks and longtables don't play well, at all.

I've tried a few solutions to make the "Country-Land" entry in the following example start in the page right before it, to no avail (solutions like inserting \parfillskip=0pt \tabularnewline to force a page break).

Any idea on how I could solve this issue would be much welcomed. 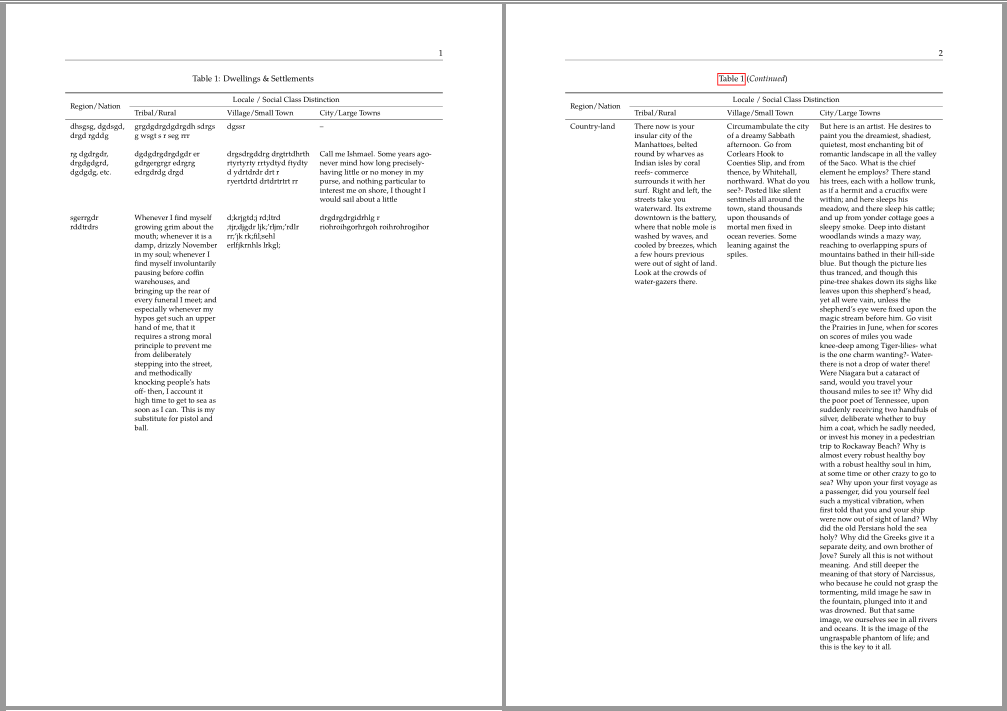 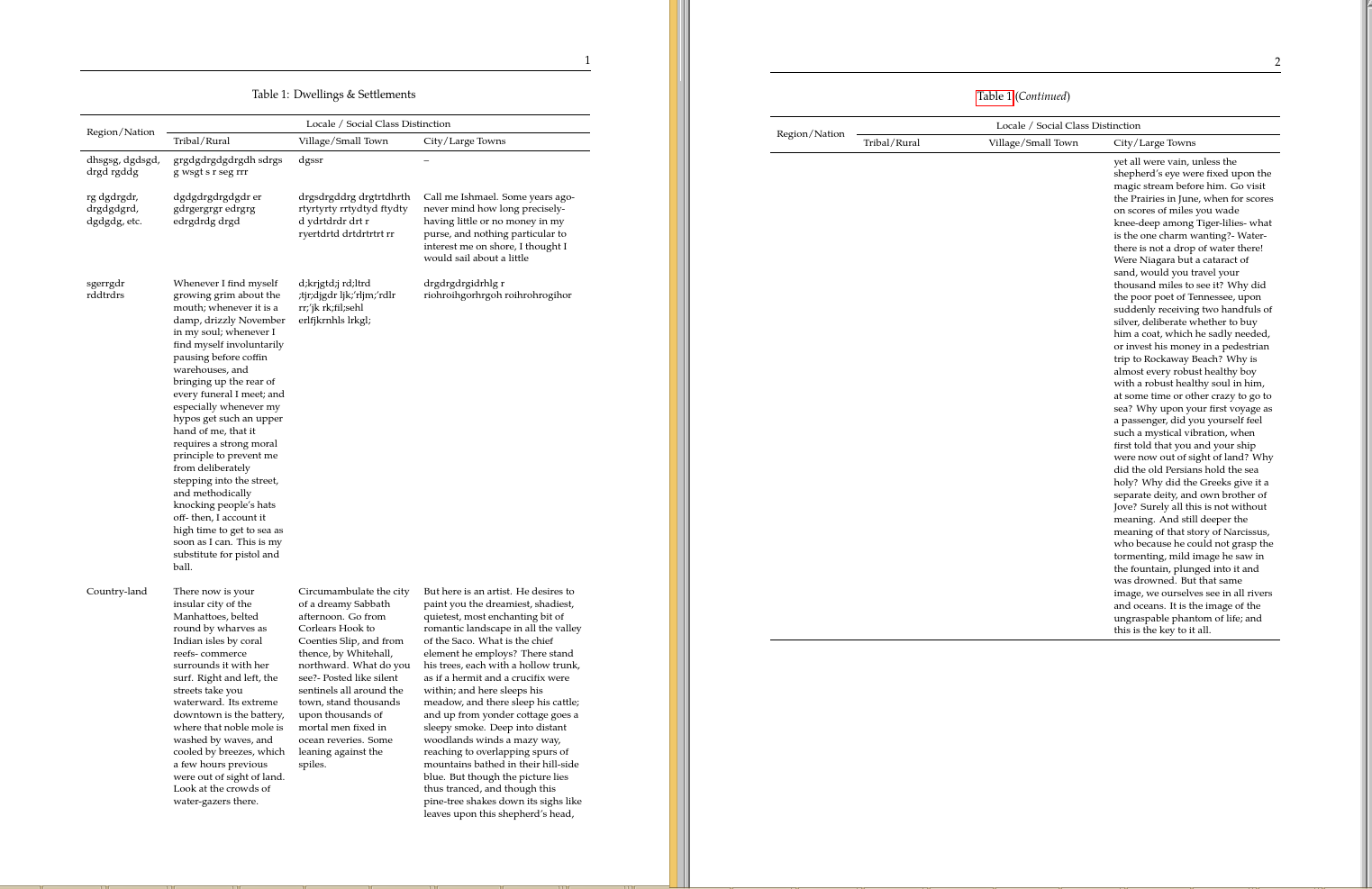 Not the answer you're looking for? Browse other questions tagged page-breaking longtable multicolumn or ask your own question.