In scientific works it is quite common to specify the source for every statement. This is also necessary for tables or images of course.

Usually I'm always using the \caption-command for adding some description to tables and figures. Unfortunately, I have to put in the source of that table/figure manually by myself all the time.

In the past, I tricked it like that (what is really annoying time by time):

Here is some MWE:

Now I had an idea:

What if one could insert an additional {}-variable to the \caption-command to get a separate field for adding the source?

What if we could expand that \caption-command to get something like that:

The dreamlike solution would be to auto-fill the text Source: Own representation if one doesn't fill in some other text into that field. That could be handled with some if/else-commands like that:

Do you have any idea how one could get that?

Thank you very much for your help!

I suggest not to change the syntax of \caption, but defining a \Caption command with the help of xparse. The syntax is

Here are some examples of usage. 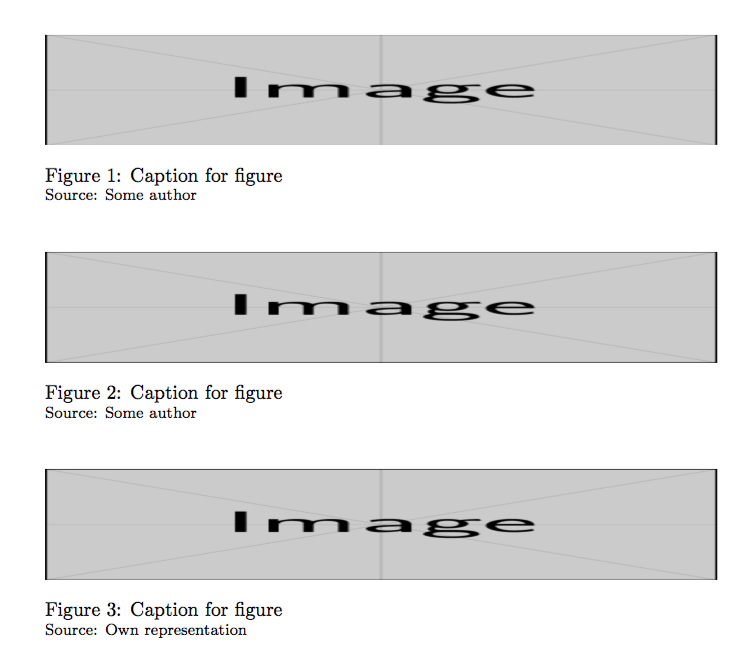 I suggest another approach: define a variant of \includegraphics to add a second optional argument which incorporates the source, thanks to the copyrightbox package and xparse. 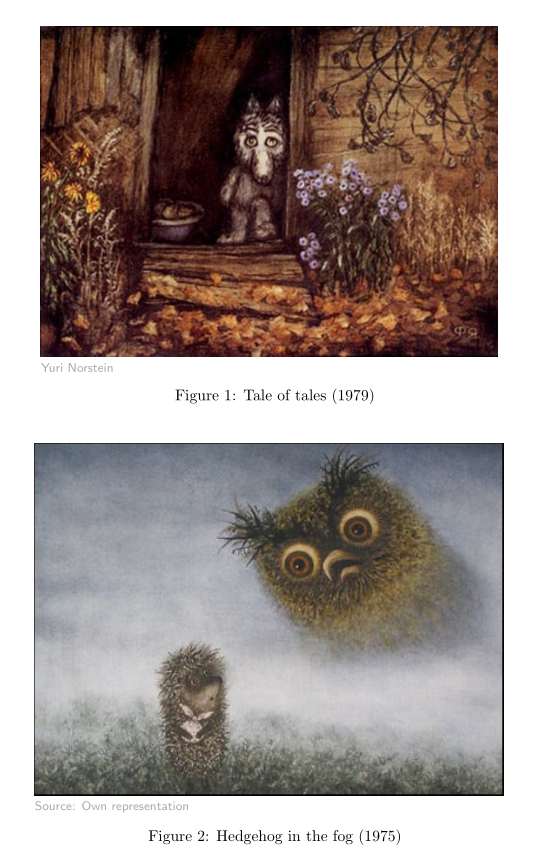 Not the answer you're looking for? Browse other questions tagged captions environments source or ask your own question.

6
Creating a second caption for a figure that won't appear in the figure's list index and is aligned with the first
14
How can I inject the proper amount of vertical space between captions and figures?
8
Citations in captions as separate argument
7
Table caption not appearing in PNAS document class
2
How to insert a main caption beside subfigures?
4
Modifying the “Figure X” text
2
Sideways figures captions on previous page
0
How should I express/typeset a caption-ish comment on a figure?
0
Combination of 'changing the caption of Figure' and 'List of anything'