I would like to draw a smoothly rounded figure in TikZ as below, but with simpler (and easier to modify) code. I mean without hand calculating good tangents for the curve at all vertices. That would make it easier to do less symmetric triangles, and other polygons.

Note that unlike the question

Drawing a triangle with rounded corners in TikZ

I want the outline to curve in and out to make bulges.

I wonder if the rounded corners option will let me do this by drawing a hexagon with alternate vertices closer and farther from the center. My attempts so far have failed, for reasons that the TikZ and PGF Manual describes on p. 587. Even when I make the curve of the corners very small the lines ''suddenly extend over the other end" which looks terrible. This may just be more than the option can be expected to do.

But is there a way to do it? 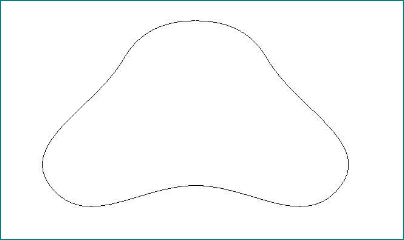 A simple way (same idea as here: Tikz Macro with list of arguments and subroutine calculation) 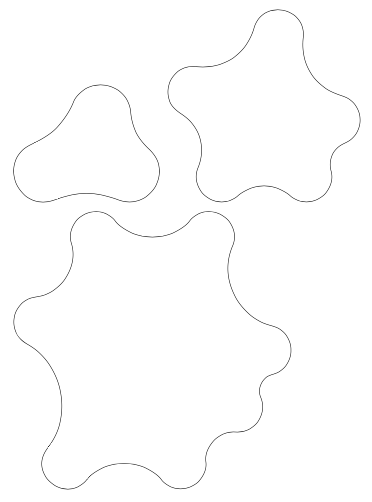 14
Rotate a node but not its content: the case of the ellipse decoration
18
TikZ: Drawing an arc from an intersection to an intersection
12
Drawing rectilinear curves in Tikz, aka an Etch-a-Sketch drawing
9
Line up nested tikz enviroments or how to get rid of them
0
How could I make this diagram with TikZ (LaTeX2e) ((split lines))
21
Pacman circle in TikZ
2
Tabular with rounded corners made with tikzpicture with overlay is not properly positioned inside table environment
3
Arrow between BTrees
1
How do I change the radius of circle in a node in tikz style?
3
Document header with tikz