How to make continuous (but breakable) vertical rule along left side of paragraph?

I'm looking for a way in Plain TeX to make a continuous vertical rule along the left side of a paragraph (or arbitrary block of text), such that it observes normal page-break rules. I started with the following, which looks exactly how I want, except of course it has the undesirable side-effect of preventing page breaks for large runs of text, since it uses \vbox:

As a workaround, I'm currently resorting to breaking things into separate lines and a series of kludged non-continous-but-overlapping vertical rule segments:

In a perfect world, I'd like to simply pass an arbitrary block of text to a macro and have it apply normal pagination rules to the block of text, while at the same time making a vertical rule down the left. I don't have much experience with TeX but I suspect the answer is that it's not trivial?

While typing this question, a similar question appeared in the margin. I will definitely give that a try — and it looks really powerful and well thought out — but it also seems quite heavyweight for something that I would think ought to be reasonably straightforward. Also, not that I have anything against LaTeX, but I'd prefer to use a solution as close to Plain TeX as possible, so that I can have some hope of understanding it.

Try the file below. You asked for Plain TeX - so this must be run with pdftex (not pdflatex). This file (vert.tex) and some test files are hosted on GitHub at https://github.com/m4dc4p/vert.

Copy the code for environment leftbar from package framed and you'll have a vertical line with a possibility of page breaks. It can easily be adopted to plain TeX.

tcolorbox is your friend (with its xparse library, the two optional arguments can be handled easily): 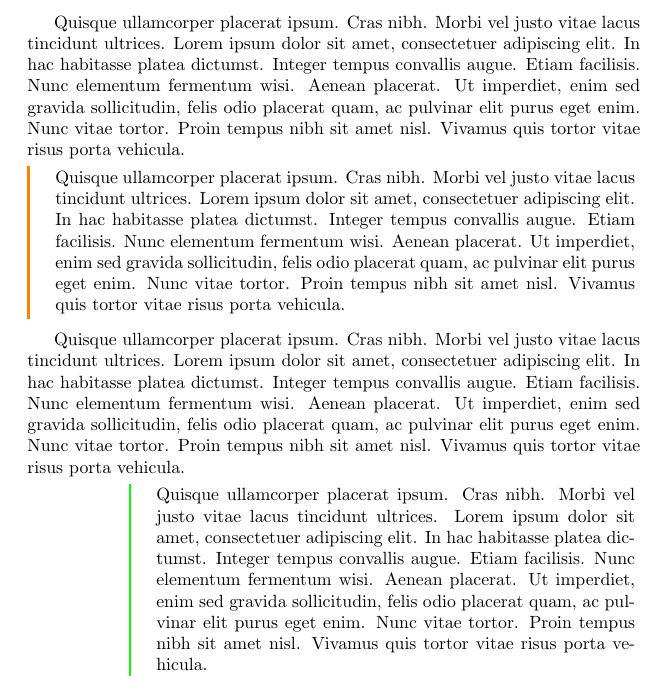 The code (adjust the settings according to your needs):

Here is a LaTeX solution. I am afraid, it isn't plain TeX.

This can also be done with mdframed: 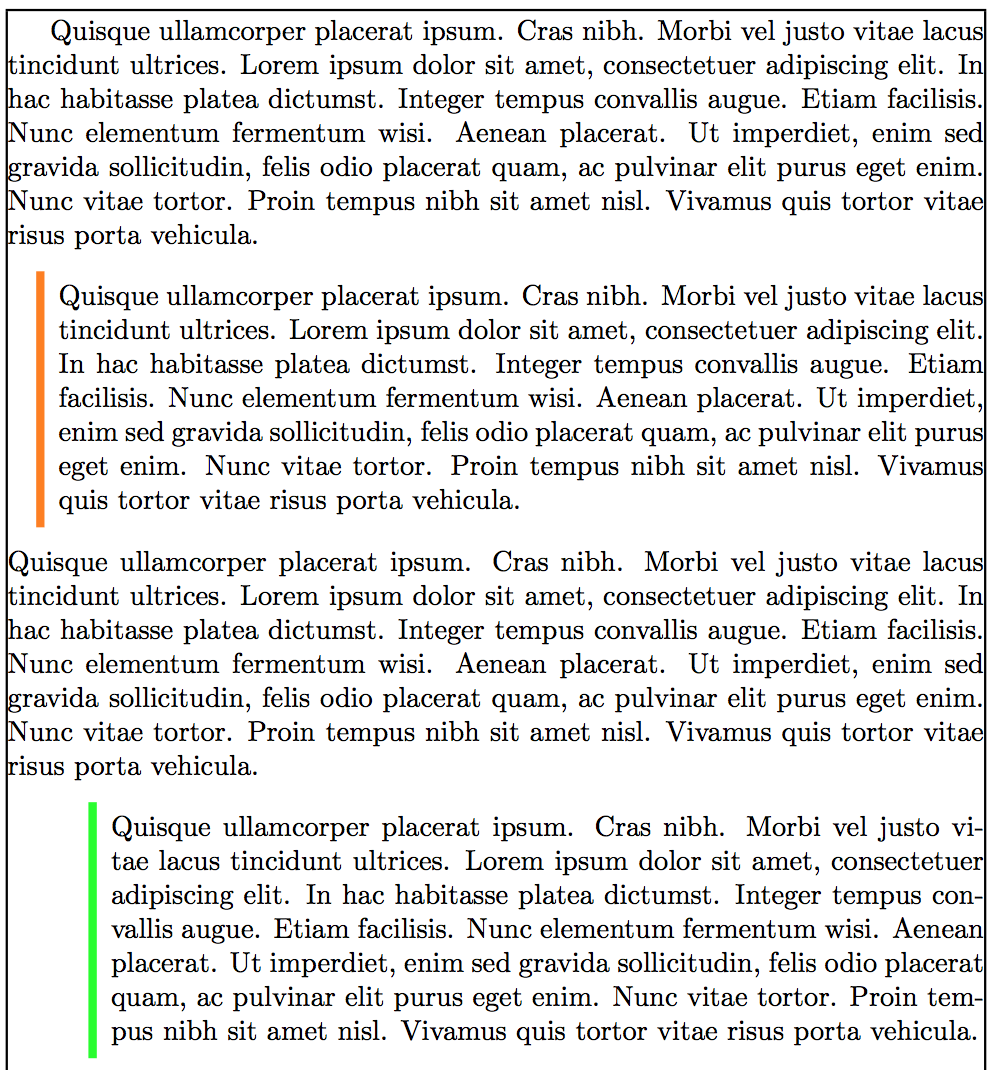 Not the answer you're looking for? Browse other questions tagged page-breaking rules plain-tex or ask your own question.

4
How to make a text environment
1
How should I add visual indications of excerpted sections?
7
Multiple vertical rules along text – by using \leaders?
3
Can I write a macro for placing a vertical, breakable rule along arbitrary paragraphs without an output routine?
4
Left-hand vertical rule applied to flalign environment with automatic pagebreak
3
Breakable vertical rules like tcolorbox without TikZ
3
Indenting text framed by a vertical rule