What happens when we break those? Can you give examples that demonstrate why we have certain typographic conventions by providing counter examples? i.e. if we run the following code we can see that the text is still legible, but much harder to read. I think this would be a fun & easy way to learn why we have them instead of just saying "Do this, don't do this"

For example, I use a font called ProFontWin. I use it for programming as you never mix letters up with one another, but it is terrible to read body text in as the eye doesn't flow over it. Similarly using a monospaced font makes each letter easier to see, but the text harder to read. These are both typeface examples: What are some typesetting examples? Preferably with horrible, terrible, no good, very bad, counter examples.

The most obvious one I can think of is spacing: If you changed the spacing between words it would be harder to follow the text (Example: Justify anything in MS Word)

The story behind the question: I recently had to jump through a bunch of hoops due to changing regulations at my university, and for a few moments contemplated turning in one of the required documents in the most illegible typeface I had installed (Blackadder ITC, Old English Text MT or something), so that it was technically handed in, but really annoying to read. I decided annoying the department secretaries (aka the real power in the department) would be a Bad Idea, but this question came out of it.

Titles are put into evidence because that's their role: stick out as much as necessary for the reader to spot them and know that something has changed. Paragraphs are indented for the same reason and lists are given a different treatment because they are different from normal paragraphs. The interline leading is not too wide so that the eye can catch easily the next start.

Here's an example where some of the "rules" above are broken: one can probably read that text, but not as fluently as if it were well presented. 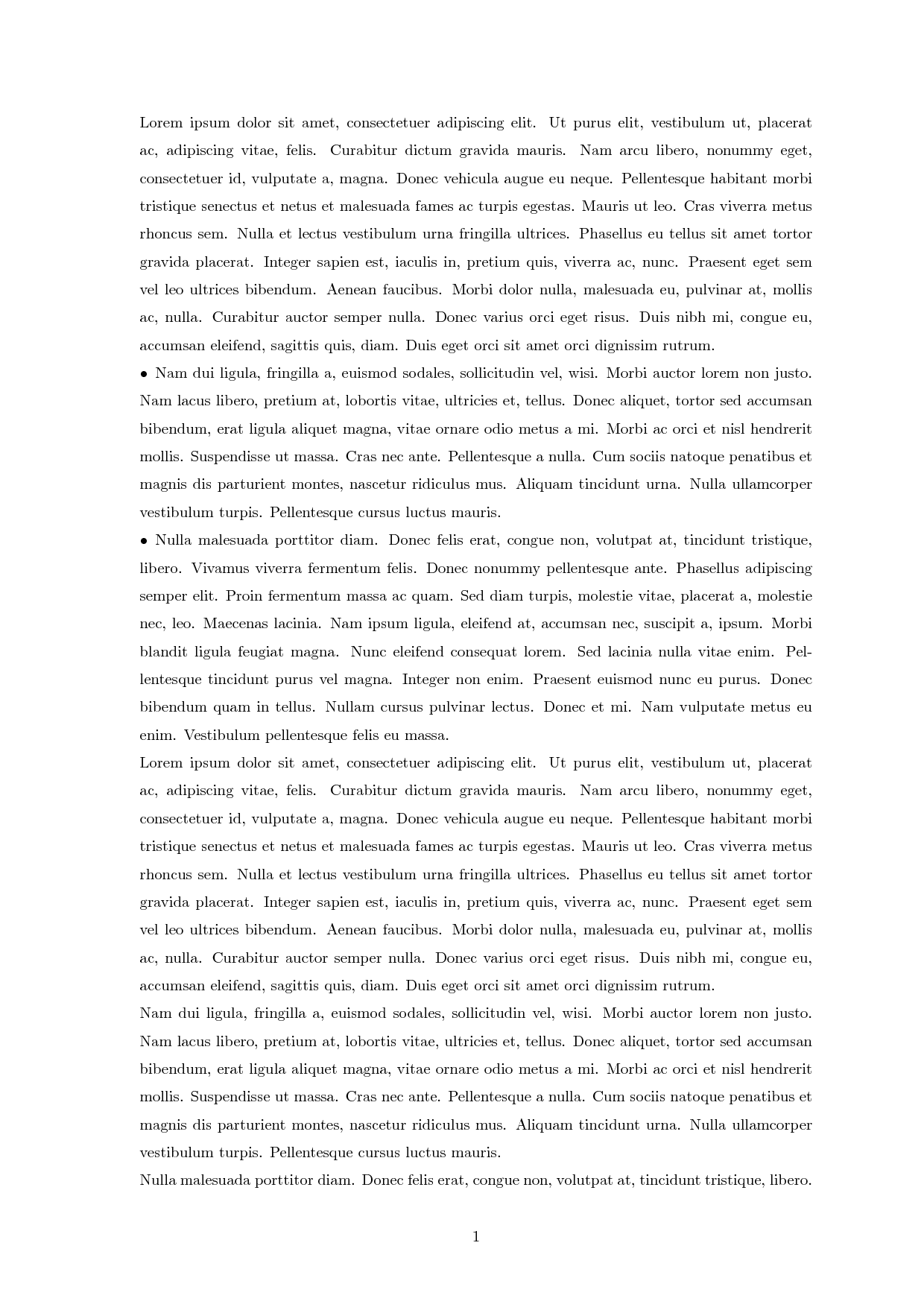 Avoid line breaks within abbreviations, and use a thinner space than between normal words. LaTeX provides \thinspace for this, and a shortcut \,.

This example shows how it looks

Please ignore the wide interword spacing because of justification in a narrow column. In such cases, generally better use ragged text instead of full justification, here it's just to keep the example short, the focus is on the abbreviations i. e. and e. g.

There is a package called manuscript, which is a small gem. Try this to as a demonstration of bad type, wide paragraphs and double lined texts.

Part of the results: 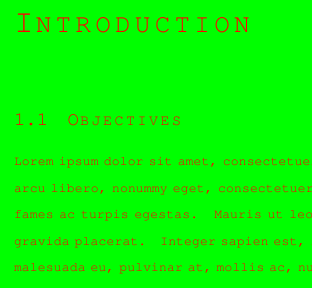 Submit all drafts of your thesis using this style to inject typographical awareness onto your thesis supervisor!

Nothing happens if we all do it. Same applies to Comic Sans font or running naked in the city with an obligation to salute people in the most interesting ways or any other widely accepted dogma-ish concept out there.

The special fact about typography in general is that it heavily relies on experience and user feedback (Incredibly and unfortunately, this also applies to Comic Sans, that's why it resists to vanish.). So they are not created out of affinity or acquaintance to some lost religious cult but real trial and error, and boy, mostly error. I don't know too much about typography but the difference between older! versions of windows and macs show you how it makes a difference if you work on it for hours (which is only a very limited aspect of bad typography. By the way, this comes from someone who dislikes Macs, I digress).

Lastly, I give the floor to the master for the discussion on taking it for granted :P

Not the answer you're looking for? Browse other questions tagged best-practices examples fun or ask your own question.