How can I get rid of the LaTeX warning: Float too large for page?

In my document, I have figures that have a rather long caption. The code I use to include them looks like this:

For some of the figures, I keep getting warnings like this one:

I can't see anything wrong with the figures in the output document, but it makes the compilation output harder to read because it is full of such warnings.

What am I doing wrong, and how can I get rid of these warnings?

The warnings tell you that the float (figure and caption) are too long for staying in a page. You will get rid of many of those warnings if you avoid the center environment:

(it should be avoided anyway, see Should I use center or centering for figures and tables?).

For pretty high figures you might also want to shorten their width, say 0.95\textwidth or less. LaTeX won't apply such a transformation for you: the warning simply tells that a float needs attention, but how to solve the problem depends on factors that only a human can evaluate properly.

If the overfullness is not actually a problem: it worked for me to add \vspace{-Xpt} before the \end{figure}.

In my case the complaint was about an utterly inconsequential 0.04999pt and so I did not want to split the figure or do anything else to the input, just get the useless-in-this-case warning to go away.

In case one has figures boxed (e.g. with the floatrow package) the \vspace solution disrupts the boxing (i.e. the box will cut the figure at \textheight). The problem can be fixed by extending the text area of the floatpage.

The solution to your problem then becomes:

In contrast to actually changing the dimensions of an offending image or float, which is too tall and/or too wide for the text area, I personally often work with carefully scaled graphics that only overshoot the margins by a few millimeters. I would employ these two techniques to silence these warnings gracefully: 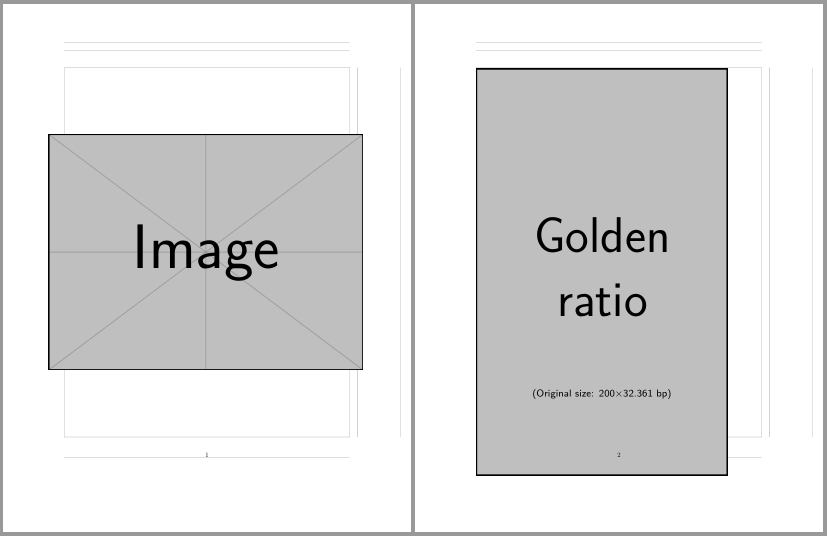 The first one handles bad box warnings and places the image inside a \makebox, which will here center the image on the text area no matter how wide it is. The second example deals with too high images: \enlargethispage doesn't work with float environments (see \enlargethispage command inside a float), so we need to insert a negive height at the end of the figure environment contents to fool LaTeX successfully.

Not the answer you're looking for? Browse other questions tagged floats captions warnings or ask your own question.

314
Should I use center or centering for figures and tables?
3
\enlargethispage command inside a float
1
Unexpected “Float too large for page”

13
putting a tikzpicture inside a \caption{}
5
Note below figure as long as the figure - all centered but note left-aligned
3
How can I have figure labels without captions in tufte-book?
3
endfloat can't handle many floats with redefined \efloatseperator
1
Unexpected “Float too large for page”
2
LaTeX: Float too large warning
0
Forcing single large figure and caption to be on a page in sequence
1
LyX to LaTeX conversion issue with [Figure] and [Subfigure]
0
List of referenced items in other document