I'm trying to typeset the matrix depicted in the diagram, I've considered many examples, and in particular easybmat. But nothing came closer than the approach I settled on given below. However it does not quite produce the accuracy I wanted. Is there a way to make the diagram closer to the required picture? 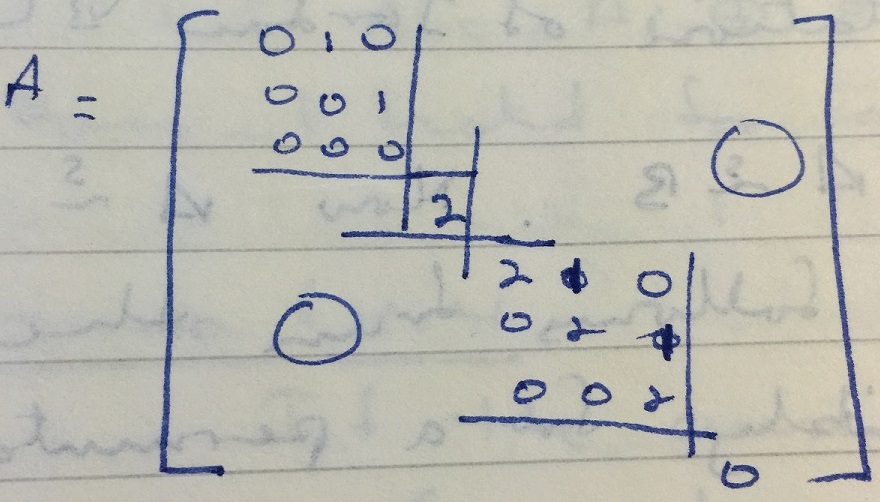 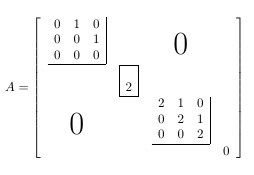 For questions like this a matrix of math nodes is your friend. These are tikz matrix that allow you to draw lines connecting the matrix entries.

Here the output I get: 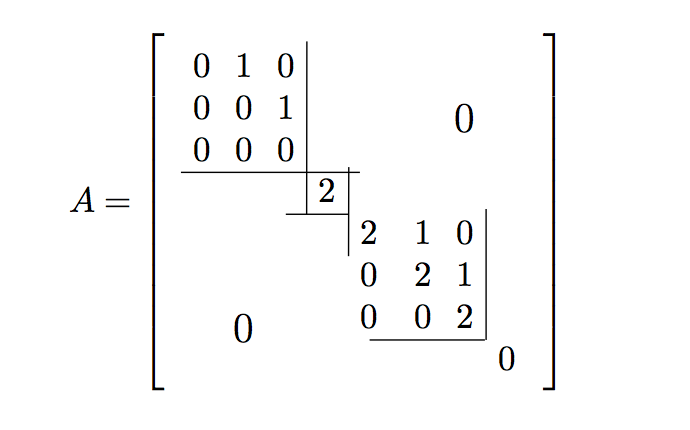 and here is the code:

Some words of explanation:

100% based on Andrew's answer, I'm simply providing a possible solution to the 'large zero problem', based on the answer to Adjusting font size with TikZ picture