It looks like the siunitx package and the gb4e package are in conflict.

More specifically, the following code would not run:

Now, I know that the packages linguex and siunitx are in conflict, and I know how to resolve that: load linguex first, (re)define \fg (the command in conflict) to null, and then load siunitx, i.e.

But this does not resolve the problem here.

The code at the top would work however if we do not use the command \SI{}{} at all. i.e. if we remove the line

then the code at the top would work.

(Note: Even if we were to use just

the code would still not work.)

The cause of the problem

The redefinition of ^ and _ that gb4e does has nothing to do with this problem, because (as @cfr notes) it isn't solved by \noautomath. The problem is some code in the package that checks for the presence of a very old LaTeX kernel.

Changes to the current LaTeX kernel that happened a few years ago have caused this code to do the opposite of what was intended. I thought this bug had been fixed, but apparently it hasn't. I'll re-notify Alexis Dimitriadis, the maintainer of gb4e.

Before you load the gb4e package, add the following code:

It's also a good idea to load gb4e after siunitx. If you don't you will need to add \noautomath immediately after loading gb4e. 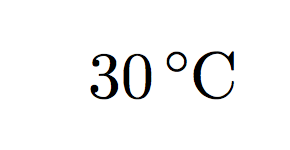 Package gb4e redefines ^, so you need to use \textsuperscript instead of ^ for degrees. The way to make siunitx to do this is to select text mode for the units. Also, in this case you do not need to redefine \fg unless you want to do it for other purposes.

Not the answer you're looking for? Browse other questions tagged packages siunitx incompatibility linguistics gb4e or ask your own question.

5
siunitx: specifying custom command as input-symbol
6
Using dashes with siunitx with pgfplotstable
2
Conflict between glossaries and siunitx (possibly via hyperref) when defining color
4
Conflict between gb4e and standalone
5
Is there an incompatibility between siunitx and skmath packages?
3
\ex in gb4e package: how to force example without line feed
4
How to colour text inside aligned gb4e gloss examples?
4
tufte-book and gb4e and footnotes / sidenotes
0
Errors loading siunitx package with pgfplots and custom code I've included some code that seems incompatible with `\siunitx`. How can I fix it?
1
custom \xlist environment for simplistic speaker labels in gb4e