I'm just going to put the question inside an example .Rnw code block. It's easiest to see the problem when this is compiled into a .pdf file. I'm using pdfLaTeX and knitr to compile the file from within RStudio. Note that it is important that the code chunks also run in R, since they may be doing things like telling R to draw plots which will be part of the document.

I'm not sure what the cause of the problem is, but if you put the code inside a minipage it works as you want: 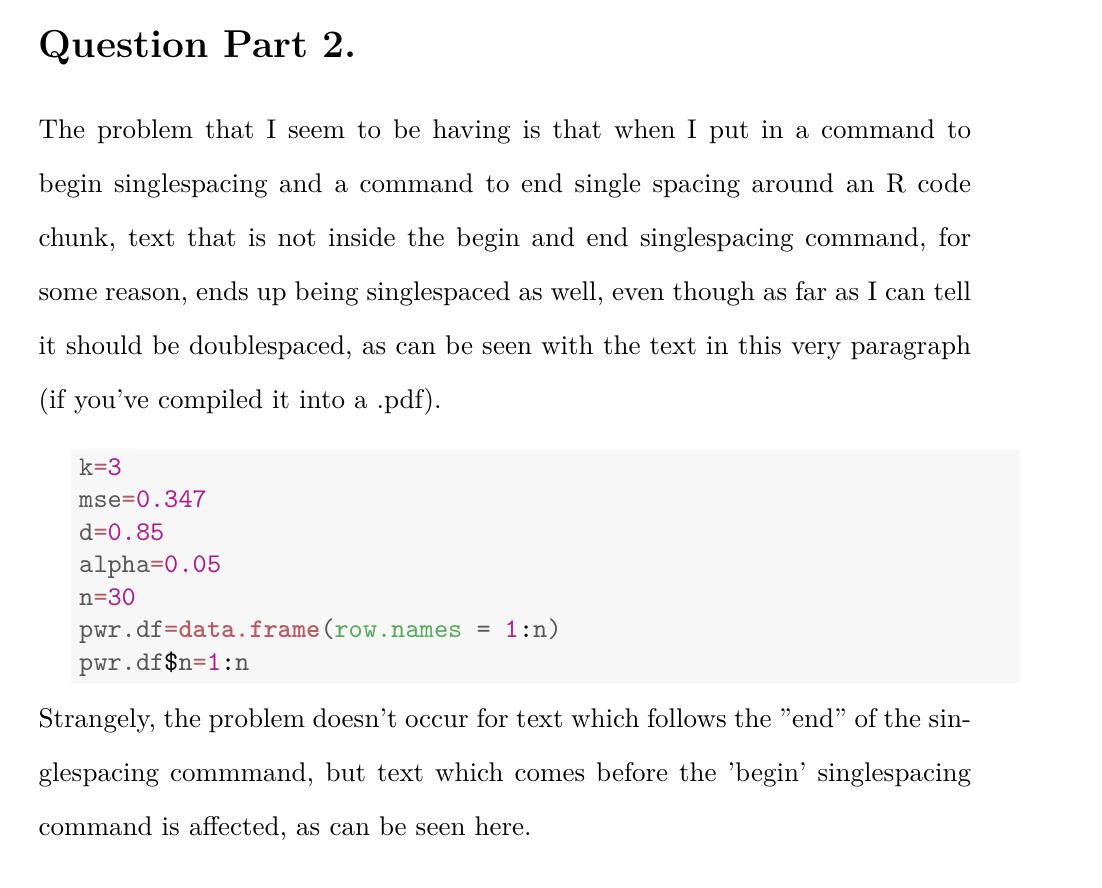 Not the answer you're looking for? Browse other questions tagged r knitr sweave setspace or ask your own question.

27
Getting Sweave code chunks to stay inside page margins?
3
How use LaTeX counters to label knitr code chunks?
18
Building TeX file from knitr Rnw as child of larger parent TeX file to use R objects and output
8
tikz has probably problems with czech babel when compiling .Rnw
3
Pass a class/package/theme option to R with knitr
2
knitr code chunks in footnotes