I would like to draw a DAG (directed acyclic graph) that grows on the right, where every node is spaced from the other nodes at a fixed size, but some time nodes can be missing, so I would like to still account for that space:

For example, the distance between F and D should be the same distance from A and D.

At the same time, I would like to plot behind it, help lines that help understand how they are correctly spaced

Is there a way to achieve what I want to do? 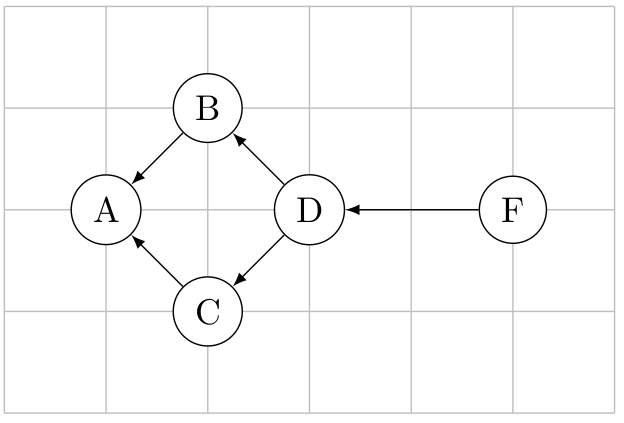 Not the answer you're looking for? Browse other questions tagged tikz-trees graphs or ask your own question.