I am using arara and TexStudio, and before I started using arara, Texstudio would shut down the pdflatex process on hitting Stop Compiling. I'm using arara with the following commands:

Whenever there's an error, I have to shut down the pdflatex process manually from the Task-Manager, since Stop Compiling won't shut down the process anymore when I use arara.

(I'm not using the English version of TexStudio, so I'm not entirely sure that what I'm hitting is called Stop Compiling. It's a big red square that tells TexStudio to stop compiling.)

Instead of trying to fix the behaviour of the stop compile button, I would avoid to having to use it in the first place.

If you call arara with:

this will tell pdflatex to finish its run, no matter if there had beed errors or not - so you will not need to aboard pdflatex manually.

You can pass arara the command line option halt-on-error: 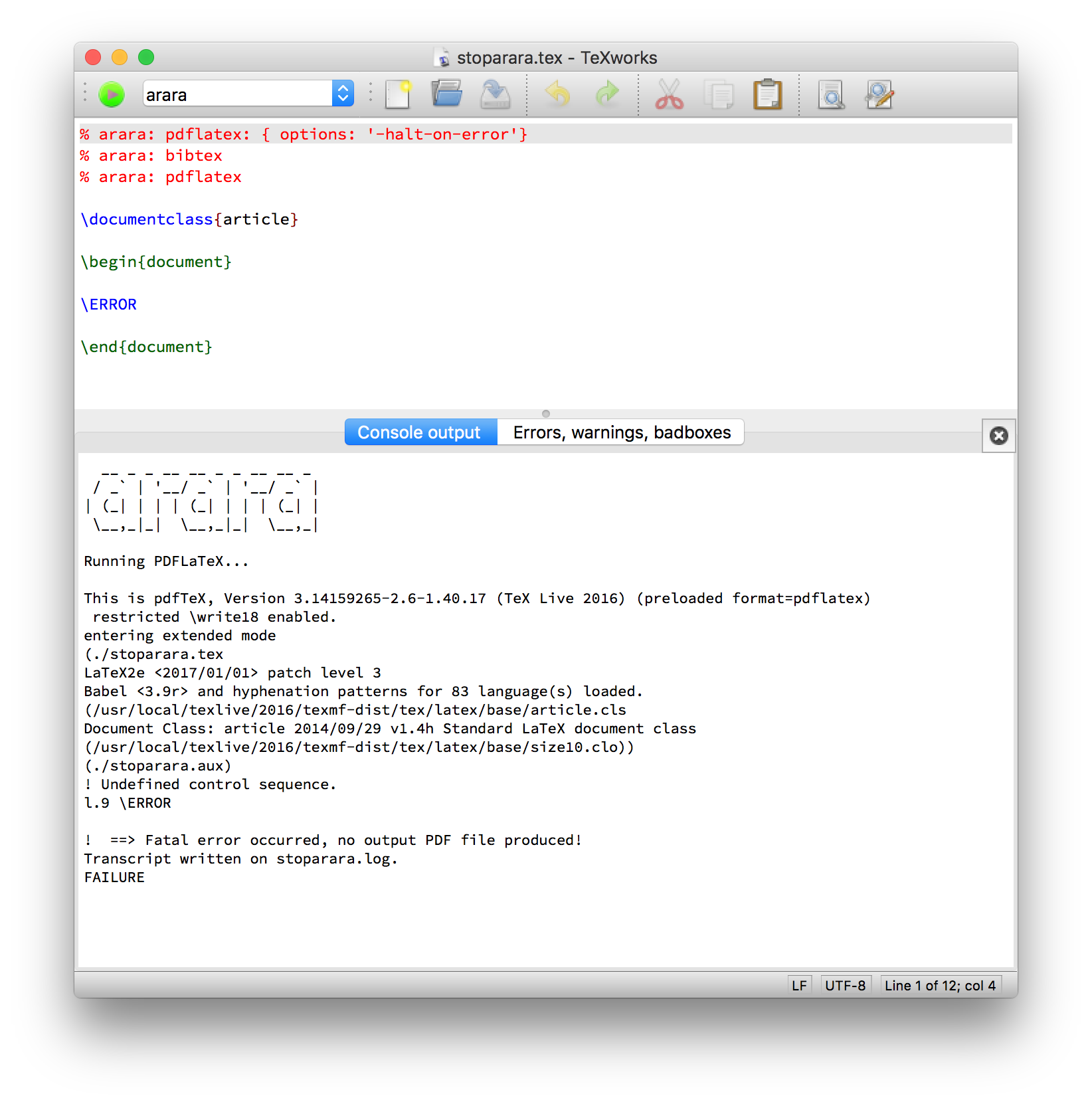 As you see from the picture, I clicked the “compile” button and it became green again after arara stopped.

Here I used TeXworks, but it should be the same with TeXStudio.

Not the answer you're looking for? Browse other questions tagged texstudio arara or ask your own question.

5
Setting up arara user command in TeXstudio on Windows
1
How to put a video inside a beamer
5
Help to create arara yaml file for asymptote automated compilation
0
PdfLatex Compiling does not stop?
3
Kill pdflatex upon error in TeXworks using Arara
2
TexStudio Structure Overview gets broken by a figure
1
TeXstudio + MikTex: "Error: Command crashed: pdflatex.exe"