As I was working on my document, I found that suddenly my ForwardSearch stopped working. A MWE is very simple:

Note that it's not necessarily an issue with elsarticle because I already tried just using the article class, with the same result.

I have followed all the rules for setting up TeXnicCenter and SumatraPDF for ForwardSearch, as outlined here:

And I've seen “Cannot Execute the Command” error with sumatraPDF in TeXnicCenter. This one is the closest to my issue, but none of the suggestions there worked either (like restarting TeXnicCeter, etc.)

My real document has a nomenclature section which uses the makeindex executable to build a nomencl *.nlo file. Thus, my build configuration is as follows: 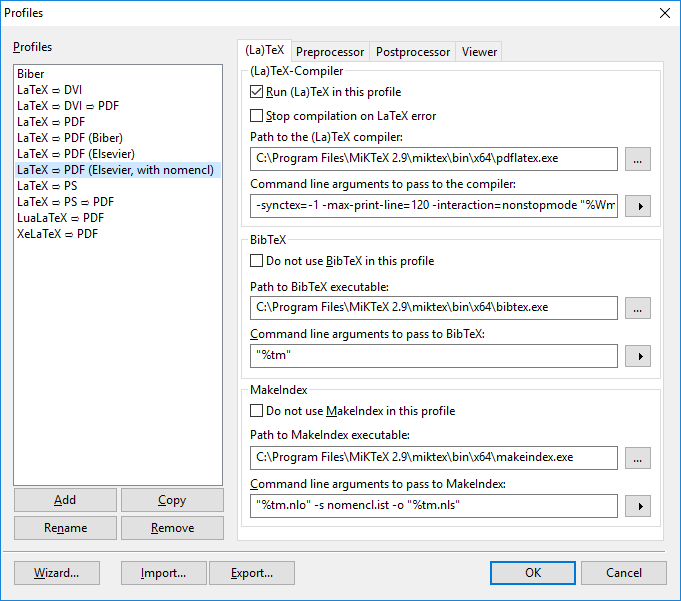 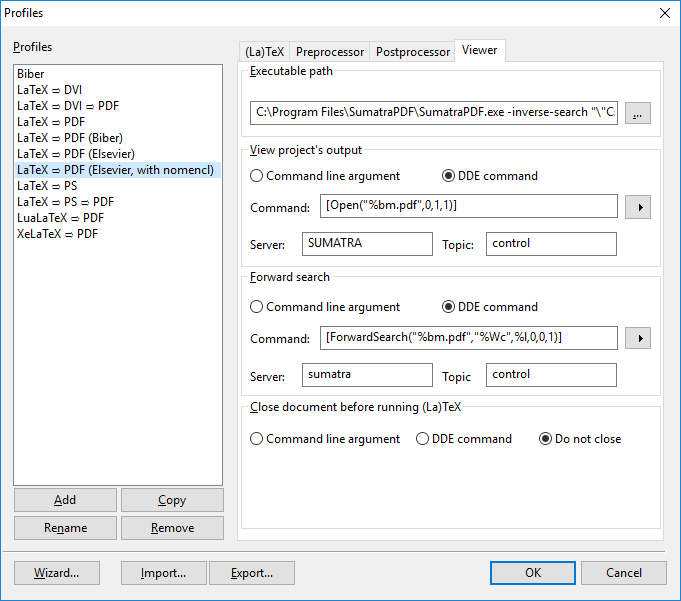 Everything works (the pdf builds, etc.), and if the viewer is already open with the document open, it will update appropriately, but the actual forwardsearch and the associated bringing of the SumatraPDF executable into focus at the right position does NOT work and instead throws the error:

I'm running all the latest versions of:

Um yeah... so a full reboot of my computer seems to have fixed this issue. If it comes up again, I may try to report a bug to the TeXnicCenter team.

Not the answer you're looking for? Browse other questions tagged pdftex miktex texniccenter sumatrapdf or ask your own question.

7
Problem with TeXnicCenter and MikTeX
8
Notepad++ With MiKTeX and Sumatrapdf
3
ForwardSearch: "Cannot execute the command" when using LuaLaTeX
1
Inverse search command SumatraPDF in TeXnicCenter
2
Using SumatraPDF with XeLaTeX and TeXnicCenter