When using this code: \DeclareSymbolFont{letters}{OT1}{cmss}{m}{n} % my dots become semicolon when they are inside of dollar markers $...$.

How can I fix this?

The standard definition of the letters (from fontmath.ltx) is

This means that when you type a period . in math-mode, the symbol in the slot "3A (i.e. 58 in decimal numbers) from the letters is used. In an OML encoding this is indeed the period, as one may see from the following font table 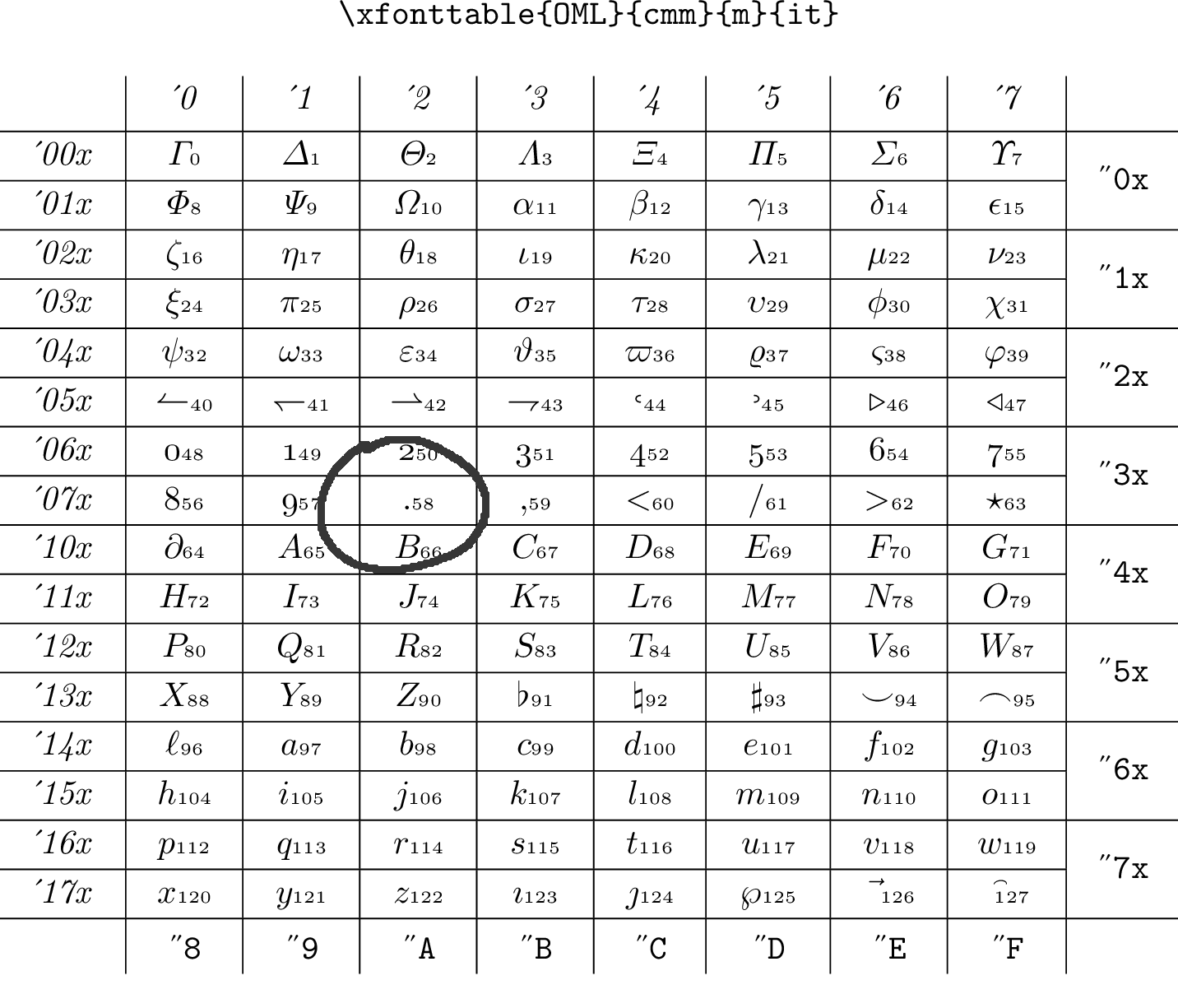 With your command (whose purpose, I guess, is to have upright (?) sans-serif math)

your are saying that the letters have to be taken from a OT1-encoded Computer Modern sans-serif font; the font table is in this case 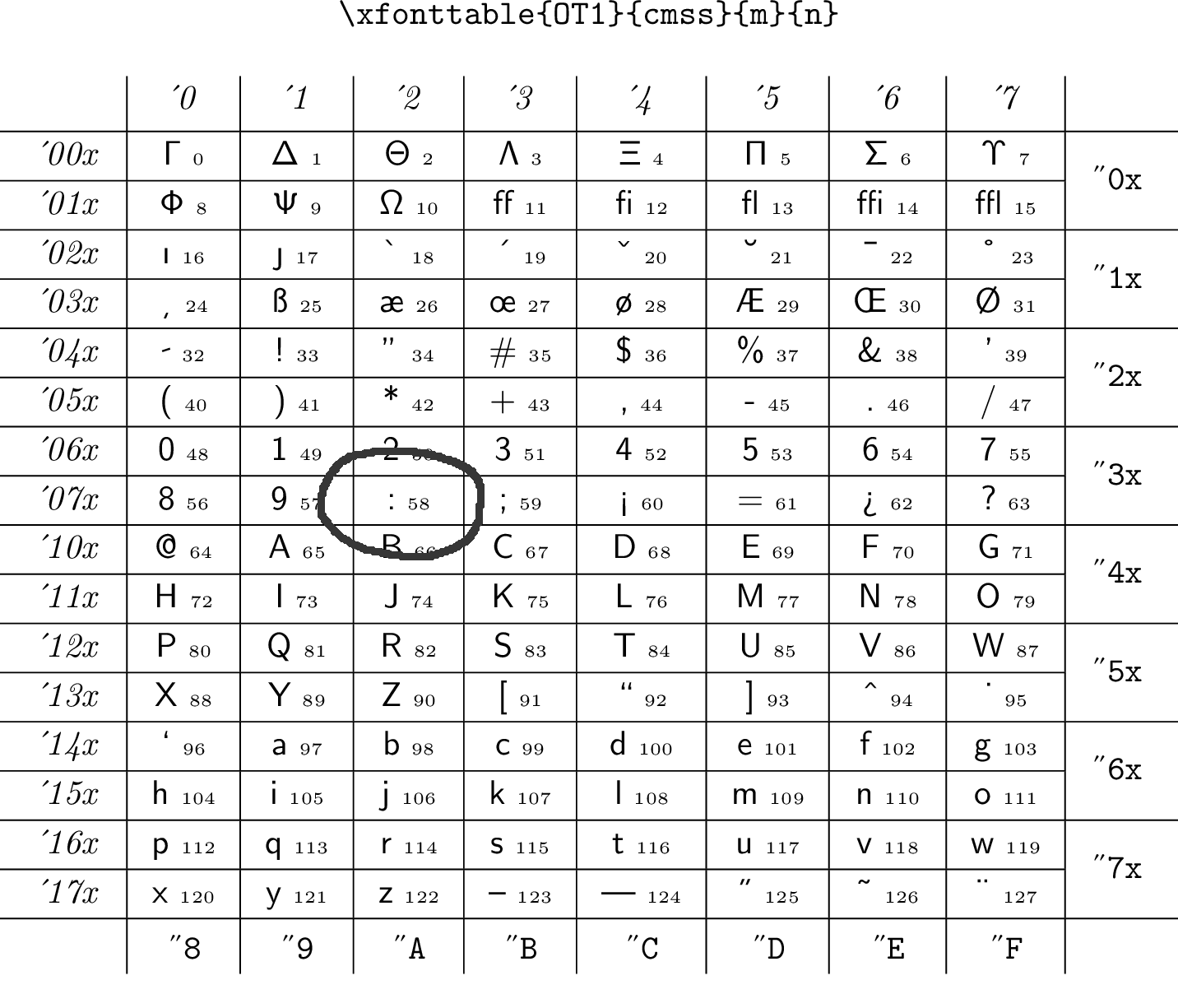 Comparing the two tables shows that the capital greek letters as well as the latin letters indeed take up the same slot in both cases, but most other symbols don't. In particular, typing . still looks for the slot "3A but now there is a colon there.

To make the long story short: if you want sans-serif math it's better you don't mess with low-level commands (unless you know them) but rather use dedicated packages like sansmath or sansmathfonts.