Another problem with poker package

First, let me apologize for reviving the topic - I've found a couple of posts here mentioning the experimental poker package, but I still can't work it out.

Going through all the posts I came up with a MWE that should work:

I guess the commands get invoked incorrectly. I've checked the code in poker.sty and all should work fine. Well... again - should.

I think I'm missing something here - could anyone help me with the problem ?

EDIT (as suggested in a comment, I provide more info about the package and other topics I found)

"poker" is an experimental package that can be found here:

Other topics I mentioned:

UPDATE: as suggested I switched to using poker2, but this still doesn't work for a more complicated example found in the package's doc:

The error remains the same:

To be honest I'm perfectly fine with the ability to render single cards - now I'm only wondering if there's anything I could do to make it only better and work it out with groups of cards.

Use the current pst-poker.sty if you want to use auto-pst-pdf:

The environment cards is not really needed. 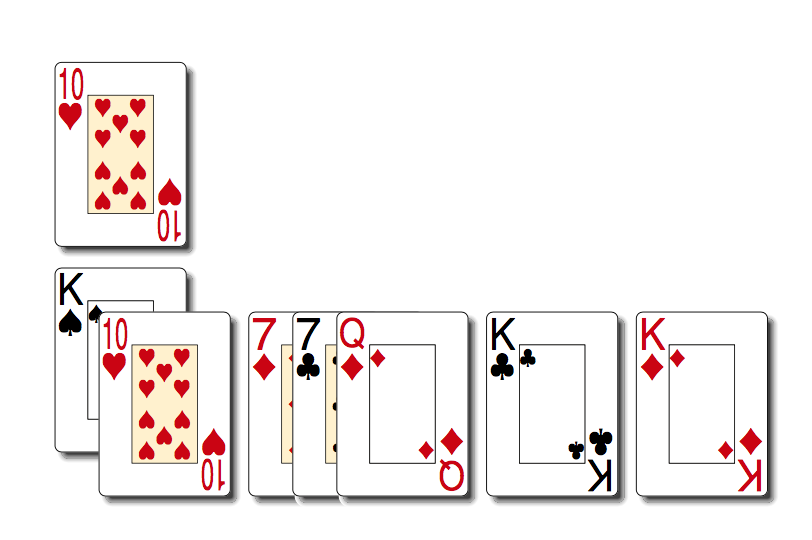 It is not enough to install only the sty. The package contains also various eps-graphics.

With xelatex and latex->dvips->ps2pdf it works if you remove auto-pst-pdf and the pdf-option of pstricks. 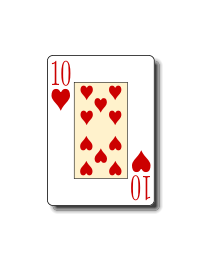 Imho a compilation with pdflatex and auto-pst-pdf would only work after some rewriting of the package -- it hides the end of some environments in commands and this confuses the preview package.

I've just noticed something that might work as a cheap walkaround:

Is there any obvious flaw in my reasoning ?

Not the answer you're looking for? Browse other questions tagged errors packages pstricks or ask your own question.

154
How do I install an individual package on a Linux system?
7
How to draw the cards of a deck?
14
How to convert a LaTeX file with pstricks code to pdf?
3
latexmk: endless loop with auto-pst-pdf
0
! LaTeX Error: \begin{pspicture} on input line 11 ended by \end{cards}