Biology papers often have explanations of key points in "boxes", which are typeset like figures, i.e. they are floating, but they are not numbered as figures and they usually have a frame around them or a shaded background. I would like to achieve the same effect in a LaTeX document.

That is, I would like to have a floating element in my document that is similar to a figure in that it consists of an image an a caption, but:

For bonus points, it would be nice to automatically number these as "Box 1", "Box 2" and so on, though I don't strictly need that since my document only has one box.

I can find solutions to each of these things individually and could cobble them all together, but that feels like a bit of a hack and it would be good to have a clean solution. 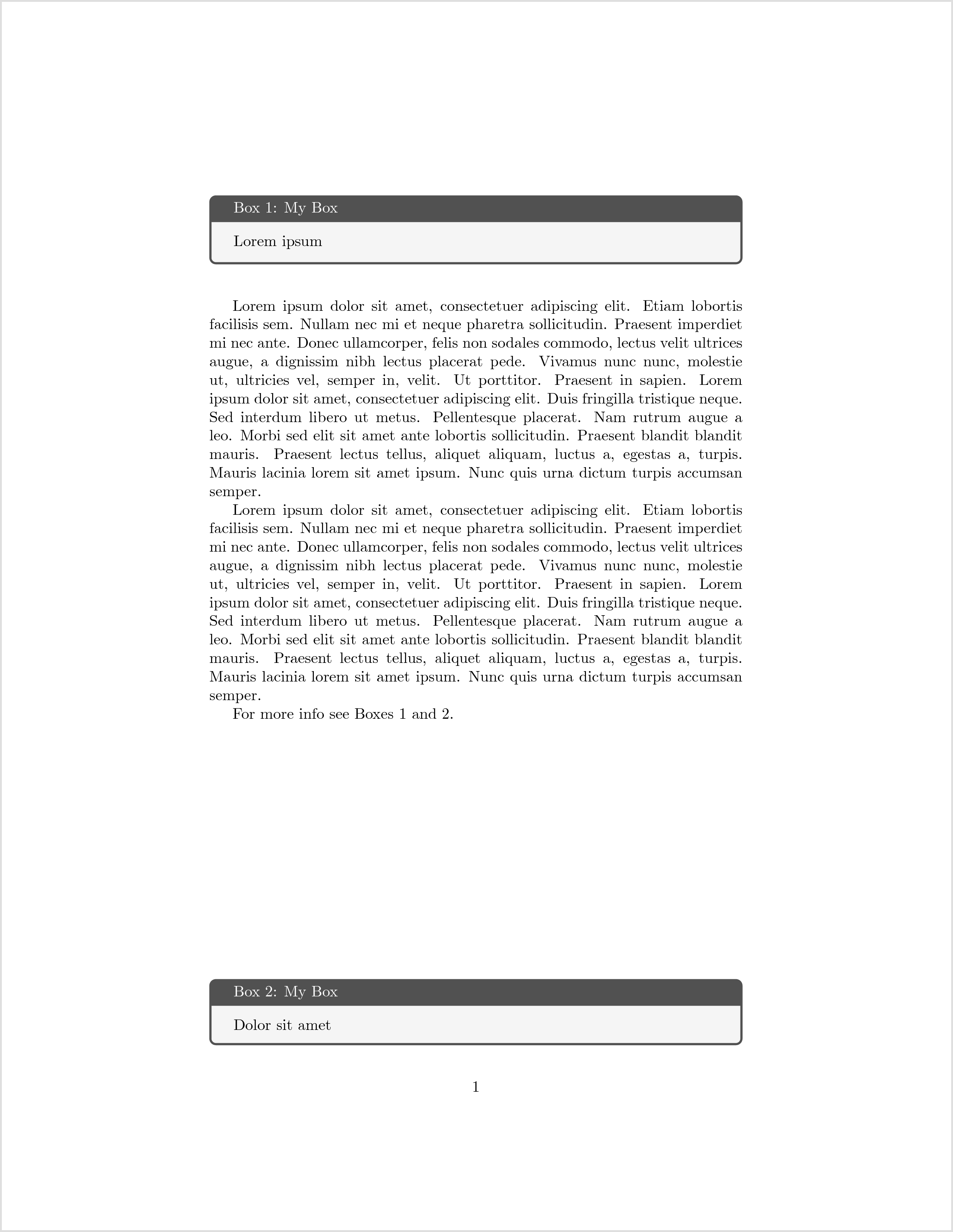 Not the answer you're looking for? Browse other questions tagged floats or ask your own question.

13
Gray box around figure with a separate gray box around caption
9
Making a fake figure that holds a text box of specified dimensions
3
Figures with nice caption style
0
How to defining additional float environment like figures and tables?
7
How to create a box with caption and label like a float?
2
float package: how to define new floatstyle to include caption within box frame - limited environment, only limited package available
0
Frame two picture (subfloat) and its caption