Why is LaTeX causing this font to misalign on one glyph?

I was playing around with the PF Goudy Pro Initials font on LaTeX, having recently purchased it. This font is a layered initials font, in which six iterations of the same character, typeset in six different "faces" (in fact, layers), can be stacked atop one another to form a nice initial. The

documentation for the font has more information on how this process works.

I used \llap to "stack" these glyphs, and it has worked excellently for every character I've tried (all of Latin A-Z, as well as several Greek and Cyrillic characters) except the Latin letter C, and the Cyrillic letter С. In this case, not only have the fifth and sixth layers been misaligned, but characters next to these glyphs also have alignment issues.

It seems apparent that these alignment issues have something to do with \llap, but I don't know why specifically for C and its homoglyphs.

My first thought, naturally, was that there was a defect in the font itself. However, when I "stacked" the layers of C in Adobe Illustrator, and in Adobe InDesign,, the result came out perfectly, with all the layers aligning as intended. Thus, it seems that the issue is not with a defective character.

My MWE is below (I renamed the fonts so I could call them more easily; the native names are not PFx):

This is less an answer than information (too long for a comment) that may help someone without the fonts to see what’s going on.

Here’s a simplification of the example, with a ghastly colors scheme so that each layer shows up distinctly: it’s layers four and six that are misaligned. 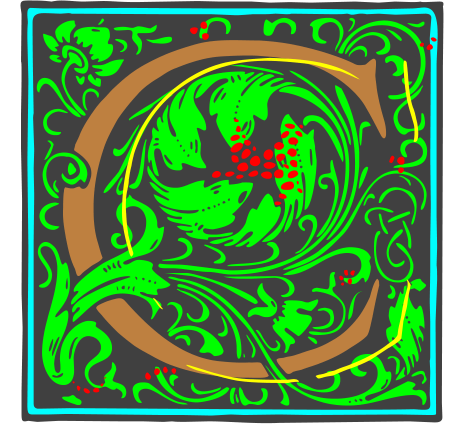 I don’t know how to interpret the information in the cache, but it’s on Dropbox.

A fix for anyone who really wants to use this font

The mistake can be fixed manually, like this, but there’s probably a more intelligent solution than trial-and-error and eyeballing things:

5
Why isn't XeTeX properly mapping this Th ligature to T_h?
9
Use 'space' glyph from a font
1
Specifying font for a special glyph
4
Substitute one glyph for an alternate glyph of another stylistic set
5
LaTeX Font Warning: Font shape undefined
5
ucharclasses misbehaves with Spacing Modifier Letters and Combining Diacritical Marks
0
Why some font can be not found?
4
Fontspec: fall back to other font on missing glyph