How to overlay METAFONT proof mode over a PDF or EPS or TIFF?

Basically, I have a lot of drawings in a lot of files for a typeface revival I'm working on --- it's optically-sized, and I only have a couple of complete sets (from memory, 28 and 72 pt.) and only one pair of letters where I have all the sizes (cap and lowercase N/n) so what I want to do is work up a system which allows me to:

I'm stuck at the step of making a proof and overlaying it --- is there some easy / elegant way to do this? I've managed to use METAFONT to make a .2602gf file, and then used gftodvi to make a .dvi which I can view, but that comes out much larger than a page.

Then, once I've got a METAFONT I'll have to work out getting nice outlines from it and making an OpenType font, but first I need to design the design.

Okay, given a METAFONT eight.mf:

we process it using

which gets us eight.dvi, but when we open that we see: 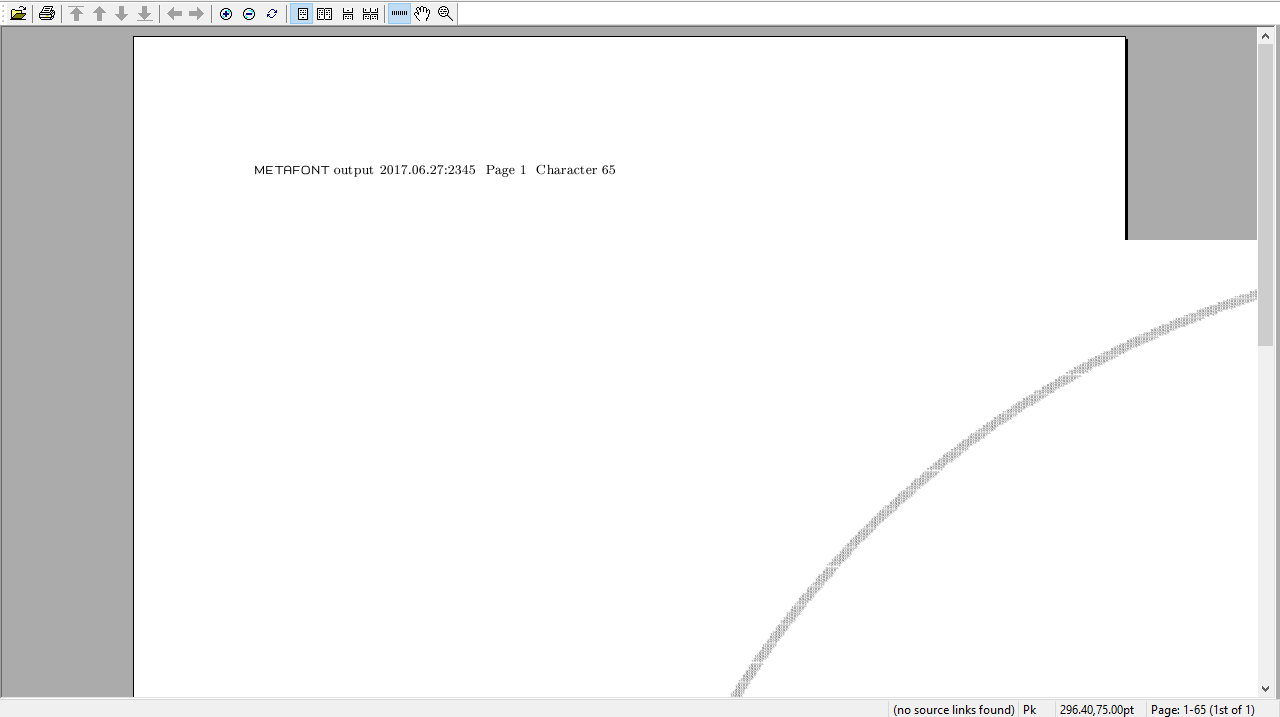 Ideally I'd like a solution which makes use of lualatex and PDF.

With your eight.mf, we can do the following:

(Note that A0 is 16 times the area of A4: it's four times larger in each dimension.) 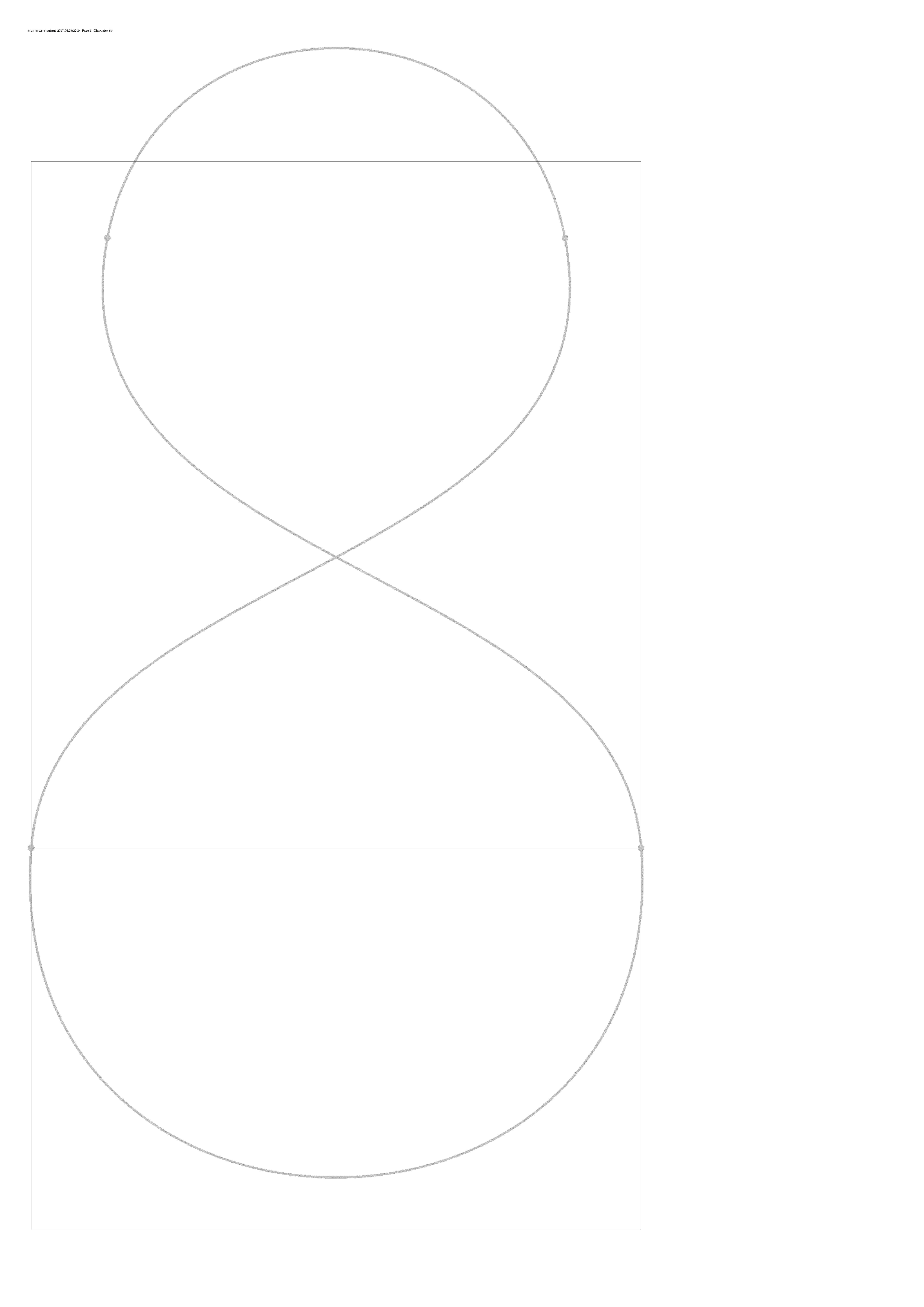 (Note the size of the text "METAFONT output…" in the top-left corner; click on the image to see it at larger size: but what's uploaded here is a rasterized image not the PDF.)

Instead of specifying the paper size manually, you can also use a DVI driver that can compute the bounding box automatically. I cannot find such an option in dvipdfmx, but dvips has a -E option documented as Try to create EPSF (whatever "try" means), which seems to work:

Once you have this PDF file eight.pdf, you can then include it in lualatex with any of the usual ways images or PDF pages are included. For example:

The included PDF is "transparent", so if you'd like to overlay it over an existing image, I think you can put that image as a background. There are many questions on this site on how to do that (with different and confusing answers); here's one way that worked for me:

(Here Jersey.pdf is just something random I generated by opening this svg in my browser and using the browser's print functionality to "Save as PDF".) This produces something like: 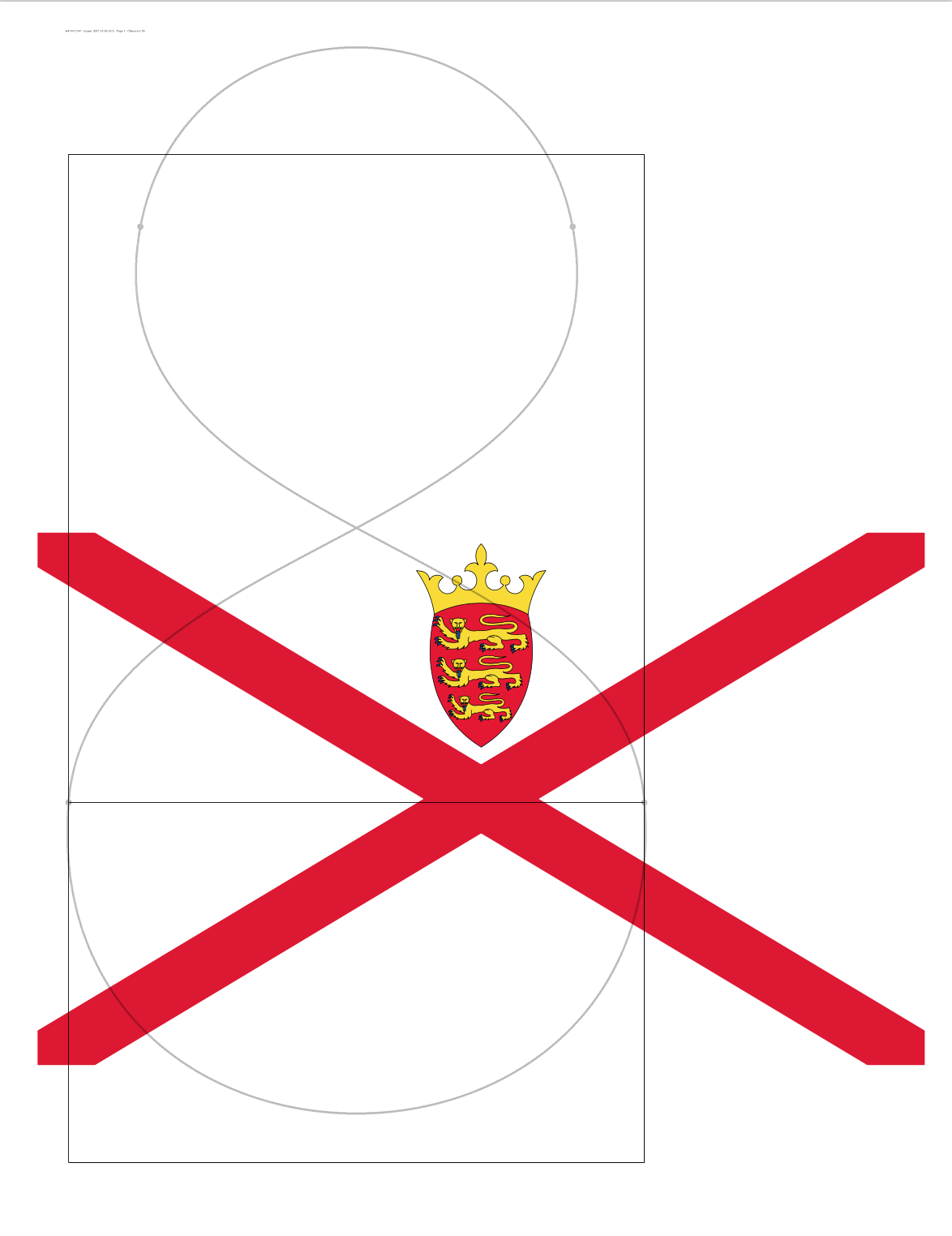 Not the answer you're looking for? Browse other questions tagged typography metafont or ask your own question.

14
Text fonts other than Cambria to match Cambria Math
1
Using metafont in (pdf) latex
2
How does MetaPost compare to MetaFont, featurewise?
13
Translation of typefaces into METAFONT (in the case of AMS Euler and others)
5
how much is Metafont used these days?
1
How does VFlib process .GF and .PK bitmap file formats?
4
Math font as single stroke, no fill
3
metafont mode dpdfezzz