I took the example code from the following question and edited it.

I'm writing a long book, and I intend to have more appendices than there are letters in the alphabet, so I took the following code from another question:

I also added the following code into the main matter:

The solution works perfectly, where when I exceed the last letter of the Alphabet (Z), the next appendix is called AA, but now I have a problem with the table of contents, as shown below: 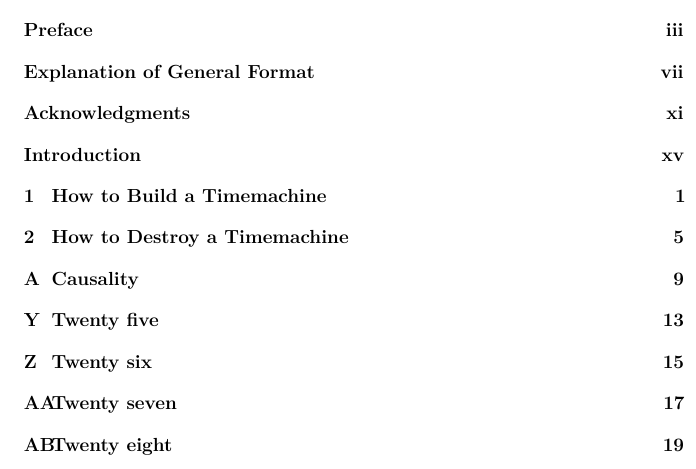 The table of contents isn't configured to take into account appendices that take up multiple characters, so the spacing is causing the words to stick to the appendix letters, and I already don't like the spacing between appendix A and the word "Causality," because it appears as if it's simply a chapter called "A Causality."

I'd like to add a ":" or a "-" to the text, or perhaps a better solution. How do I achieve this within the template that I've taken from the other question.

I also looked at the following question, but it's not quite what I want.

You can add this code to your preamble: 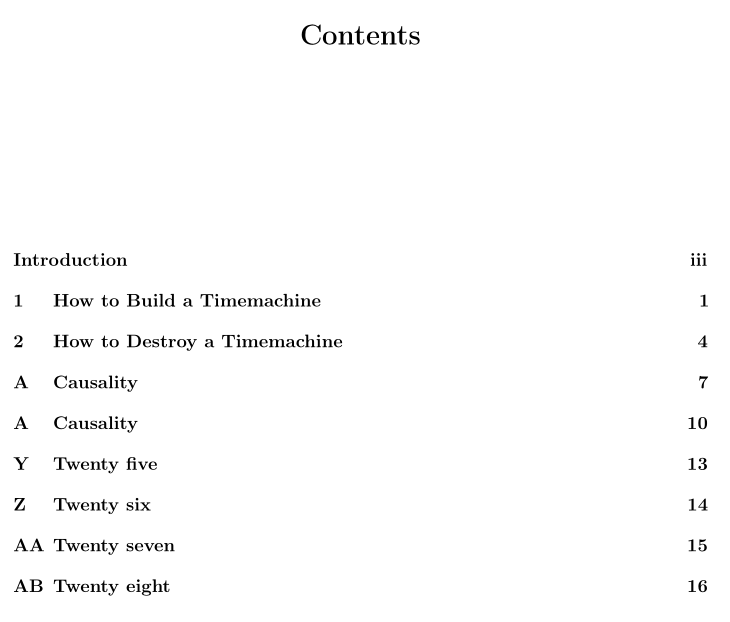 Not the answer you're looking for? Browse other questions tagged spacing table-of-contents or ask your own question.

2
Correctly handle Appendix Entries in TOC using TikZ graphics
1
Cover pages for References, Appendix; fit them nicely in TOC
5
Page number on the left with book class
2
Create an Appendix with sections for extra tables, and a Appendix with sections for demonstrations
0
Refine Custom Appendix with own ToC - based on karlkoeller
0
Using the etoc package with appendices -- how to make it say "appendix" instead of "chapter" in the TOCs?
0
Need to Customize Appendix Formatting - both in TOC and Text
1
How do I change the format within a table of contents