How is a PGF shading applied?

Consider the following LaTeX manuscript featuring a TikZ picture of a tall, rainbow shaded rectangle. The code is essentially copy-and-pasted from the example in the end of subsection 109.3 ('Using Shadings') of chapter 109 ('Shadings') of the TikZ & PGF manual for version 3.0.1a, p. 1088.

The resulting image is (not to scale)

The shading of this rectangle ranges from violet on the left to red on the right. I don't understand why this is so. In my opinion it should range from blue to yellow. I base this opinion on the shading algorithm given in the description of the \pgfshadepath{〈shading name〉}{〈angle〉} command on pp. 1085-1086:

First, PGF will set up a local scope.

Now, the 〈shading name〉 should be a shading whose width and height are 100 bp, that is, 100 big points. PGF has a look at the bounding box of the current path. This bounding box is computed automatically when a path is computed; however, it can sometimes be (quite a bit) too large, especially when complicated curves are involved.

Finally, if the macro \pgfsetadditionalshadetransform has been used, an additional transformation is applied.

After everything has been set up, the shading is inserted.

If both the path and the shadings were always rectangles and if rotations were never involved, it would be easy to scale shadings such they always cover the path. However, when a vertical shading is rotated, it must obviously be “magnified” so that it still covers the path. Things get worse when the path is not a rectangle itself.

To reiterate, the essential steps are:

In particular, the rotation of the background square (step 4) is performed after it has been shifted and scaled (step 3).

Shades the current path, but does not discard it.

\pgfshadepath "tries" to fill the current path with a shading. The shading's original size should completely cover the area between (0,0) and (100bp,100bp). The shading will be rotated by #2 and then rescaled so that it completely covers the path. Then the path will be used (locally) for clipping and the shading is drawn.

In addition to the rotation, any transformation set by the \pgfsetadditionalshadetransform will also be applied.

After all this, the path can still be used for the normal stroking/clipping operations.

The shading is rotated around its middle. If no rotation occurs, the lower left corner of the path will lie on (25bp, 25bp), the upper right corner on (75bp, 75bp).

Your question is best answered by the source code

Now for simplicity assume that we have a square. By a scaling we transform it into a thin-tall rectangle.

PGF has nothing to do with this behavior. It is all about PDF standard. Perhaps the following snapshot of PDF specification helps you 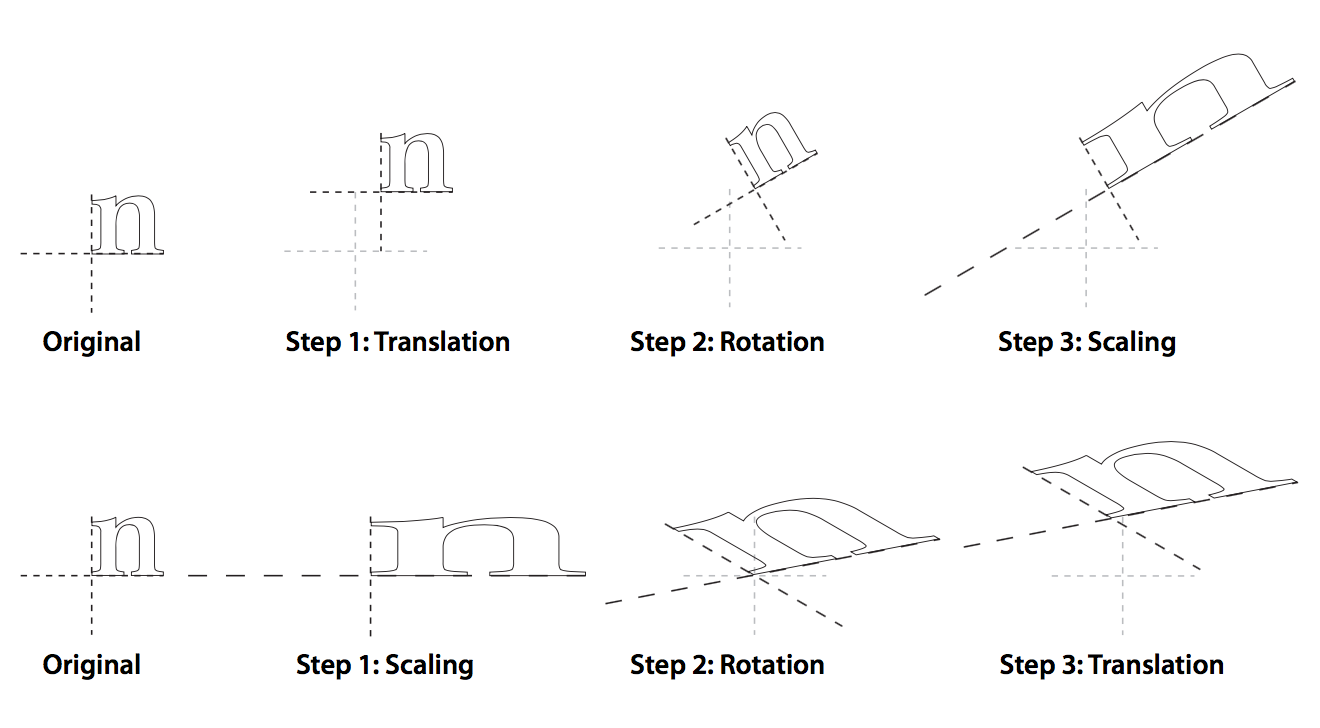 Not the answer you're looking for? Browse other questions tagged tikz-pgf shading or ask your own question.

2
In what sense does PGF not keep track of canvas transformations?
2
Properly fading out grids

13
Cylinder shading with PGF/TikZ
13
How to use shading in TikZ when rotating the picture?
15
How to compute rotated bounding boxes?
13
TikZ/PGF - switching off shading
2
different coordinate frames for anchors and backgroundpath in node shapes?
7
Asymptote: How to create a radial shading or "elliptical" shading with intermediate color steps?
3
Custom Tikz node with background graphics that scale to node size?
4
Shading applied only to the first element with foreach
1
TikZ/PGF key filters : overriding color
3
Tikz, parametric fill color (Goal: half color wheel with different colors)