The start of an edge when this start is a node

The description of the edge operation

opens with the following explanation (p. 246, chapter 17 'Nodes and Edges' in the TikZ part of the manual):

The effect of the edge operation is that after the main path the following path is added to the picture:

Here, 〈path〉 is the to path . Note that, unlike the path added by the to operation, the (\tikztostart) is added before the 〈path〉 (which is unnecessary for the to operation, since this coordinate is already part of the main path). 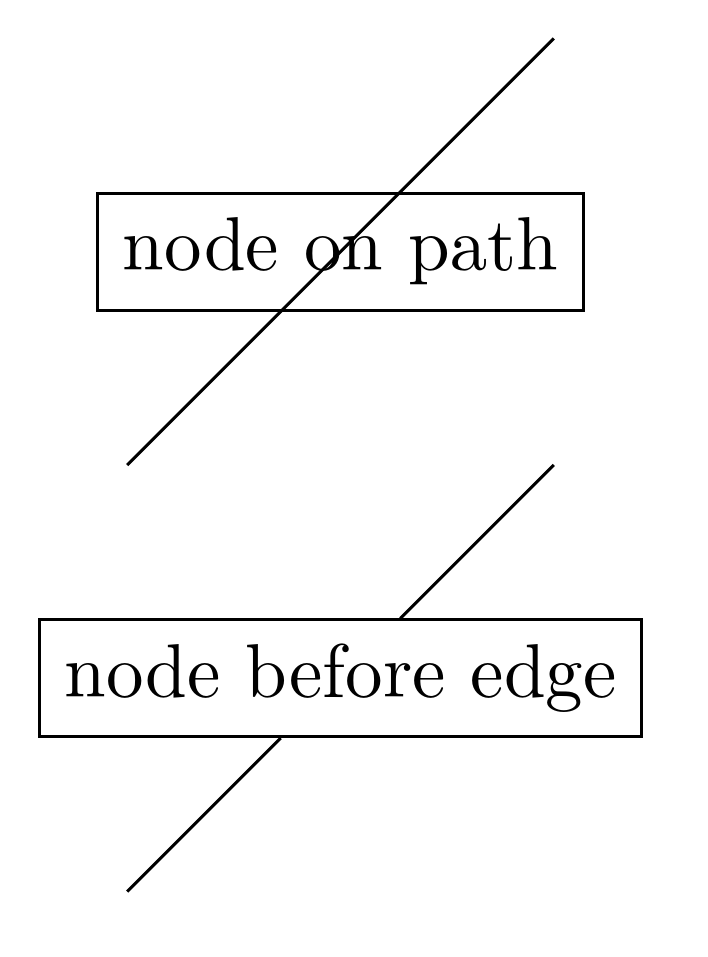 Not the answer you're looking for? Browse other questions tagged tikz-pgf tikz-node edge or ask your own question.

10
TikZ: edge should not interfere with other elements in the graph and label positioning
7
Odd behaviour with arrows and multipart rectangles
7
Draw edge on arc
3
Can coordinates declared inside “append after command+\pgfextra” command be used afterwards?
4
Positioning a node with “above”
3
Tikz Curved Edge Path
4
seamlessly connect angled edges
0
Node anchor centre of line
2
How is text indented and glued within TikZ node contents?
2
TikZ' Pic Syntax doesn't work with edge nodes