Script for dualizing diagrams in tikzcd

I'm very new to Tex, and recently realized that I will be needing to use TikZCD a fair amount. I began to draw many diagrams and realized that it would be very convenient if there was a quick way of dualizing a diagram (perhaps this means rotating everything by π and then flipping all the arrows). As a simple example

is an example of a pullback diagram, its dual being a pushout diagram:

What I would like is a script that could take the first diagram and return something like the second. It would be great if anyone knew of a script or something that was capable of doing such a thing. Thanks!

Here's some basic code that reverses arrows and rotates everything 180 degrees: 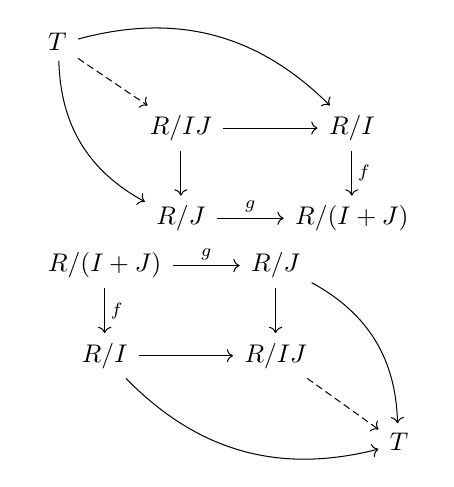 Not the answer you're looking for? Browse other questions tagged math-mode tikz-cd scripts commutative-diagrams or ask your own question.

6
Script for dualizing diagrams in tikzcd by mirroring