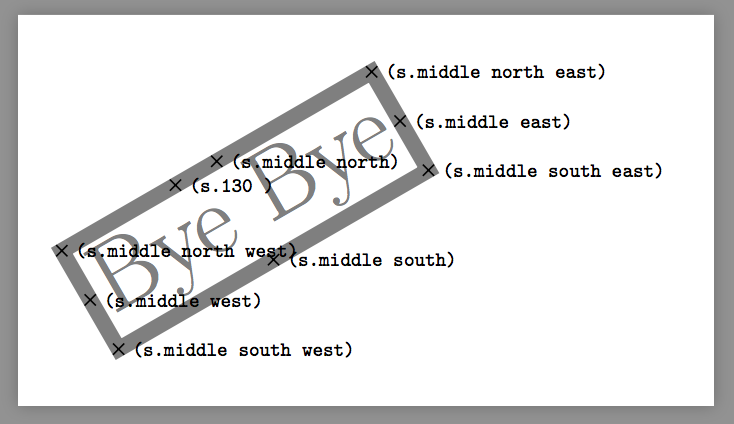 26
Rounded corners in TikZ trees.
8
Is there an easy way to have node border anchors centered on the borders?

39
How to establish node-anchor-like points on a (tikz) rectangle path (is there a better method than the one described)?
1
Outlining and aligning a Matrix
21
How to define the default vertical distance between nodes?
6
TikZ/ERD: node (=Entity) label on the inside
4
Referencing a node for use in postaction
4
How to correctly use the .is if handler within \pgfdeclareshape
3
How to align node anchors on text?
3
Tikz node without text
3
Document header with tikz