How to extract integer part and fractional part of a decimal number?

The documentation is not clear enough that \xintDecSplitR is an integer only macro (in fact it is mainly used internally, but some forgotten reason I gave it a public interface). Thus the spurious dot is an after-effect from using the macro on unexpected input. It could have been spurious ! or spurious ; if I had coded it otherwise internally. By luck the dot indeed can be removed by \xintNum.

I thus recommend rather egreg's approach, because this one works for accidental reasons. xint implemented decimal numbers at the same time as fractions and is lacking utilities which makes perfect sense for fixed point numbers only. Thus there is no high level one-shot interface to what is asked here.

Here's a way to do it with xint:

From what I can tell from the package documentation:

\xintDecSplit{n}{x} cuts the number x into two pieces and returns two floats. If n is 0, then the split is performed at the decimal point. The corresponding command \xintDecSplitR{n}{x} returns the number on the right side after cutting, in this case, the decimal portion of x. I've had to wrap it in its own \xintNum to convert the float into an integer, so you don't get a spurious dot at the end.

Finally, it's possible to wrap the entire expression in your own custom commands, like I did with \getint and \getdec so it doesn't get messy in your main code.

Just split the input at the period. 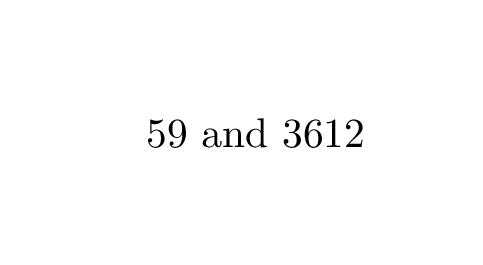 3
How to implement a constant declarating macro to behave differently in preamble and pspicture?
3
overloading functions of the fp package
5
Unable to pass result of one command as argument to another
4
Getting the equation number as an integer