When dealing with posets, it's common to denote the fact that some object x is smaller than some object y using the notation

An image of the symbol is given.

However, if y is the smallest such element larger than x (we say that y "covers" x), it's common to place a dot inside of the sideways V such as in

Is there a code for such a symbol? I tried drawing this in Detexify, but I had no luck.

If there is not any, why don't you define one?

The height of the centered dot is good for making up the symbol with \prec; we can use this fact for computing the amount of raising needed for \preceq.

Depending on your preferences, you can change the amount of backspacing (now 5mu). 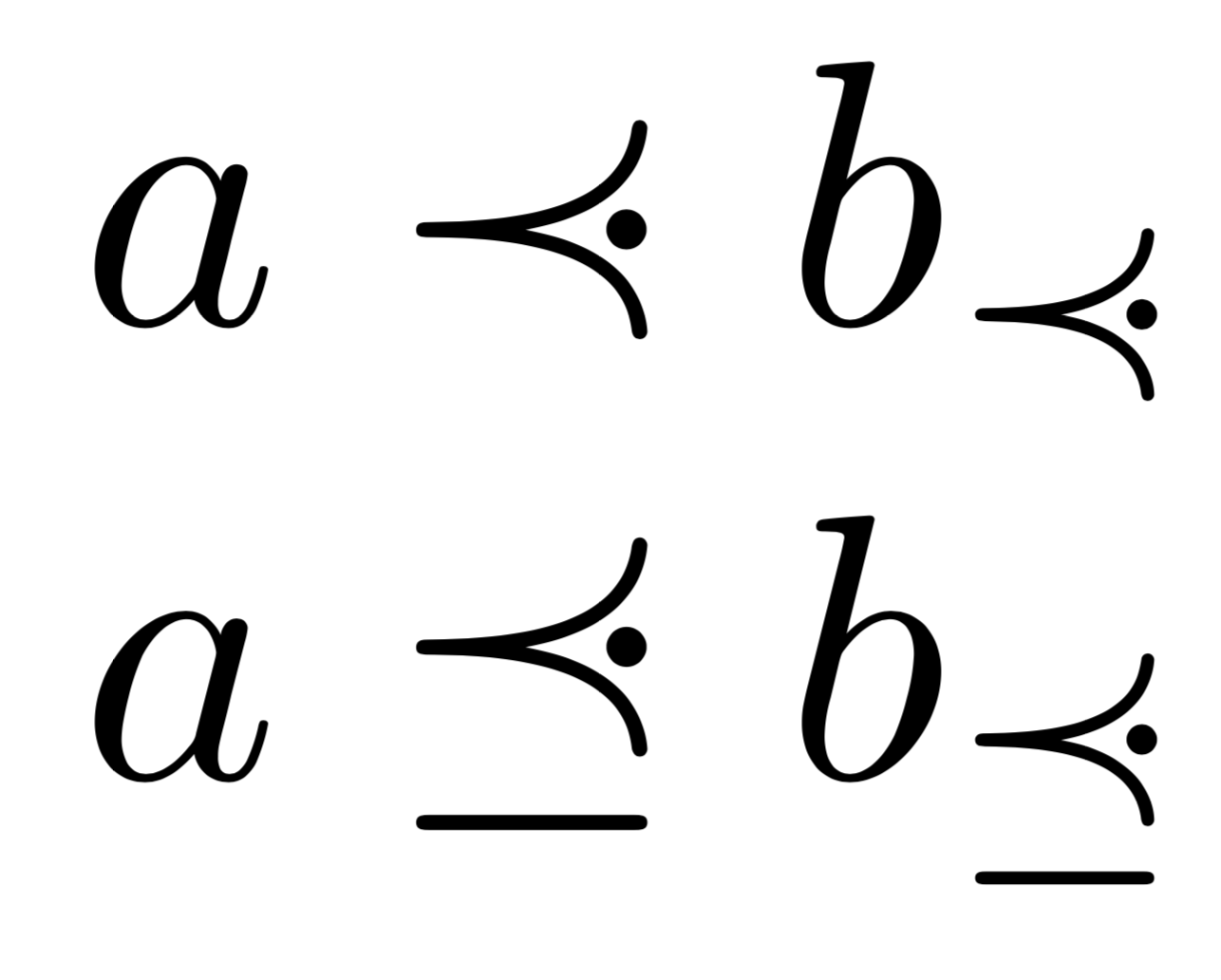 If you need this symbol only in text style and display style, you can define

If you will use it in other math styles, the definition is slight more complicated:

27
is there a "size-independent" method for overlaying two symbols to form a composite?
9
Symbol request for a mysterious symbol
7
Typesetting inline Penrose/Cvitanovic tensor diagrams (birdtracks)
31
New relation symbol
5
How to get the covering relation symbol?
5
Symbol for circlearrowleft with dot at centre
17
What wrapping should I use to create a new symbol?
5
Use of derivative of physical quantities with glossary package