How to drawing exact shapes at exact locations with interconnects?

I'm trying to convert a block diagram to latex source. What's the best approach to get exact shapes at exact locations and drawing interconnects between them? The shapes are just rectangles, circles, and ellipses. Nothing too complex os custom. I tried "node, draw" approach but latex seems to make its own decisions about the size.

EDIT: This is what I tried:

The border of a node is by default not drawn. If you want it to be, then add draw to the node options, i.e.

I would also recommend that you define styles for your different shapes. That makes it easier to modify a diagram, because you just modify the style, instead of the settings of each node. You can make a style with

an example is seen below. 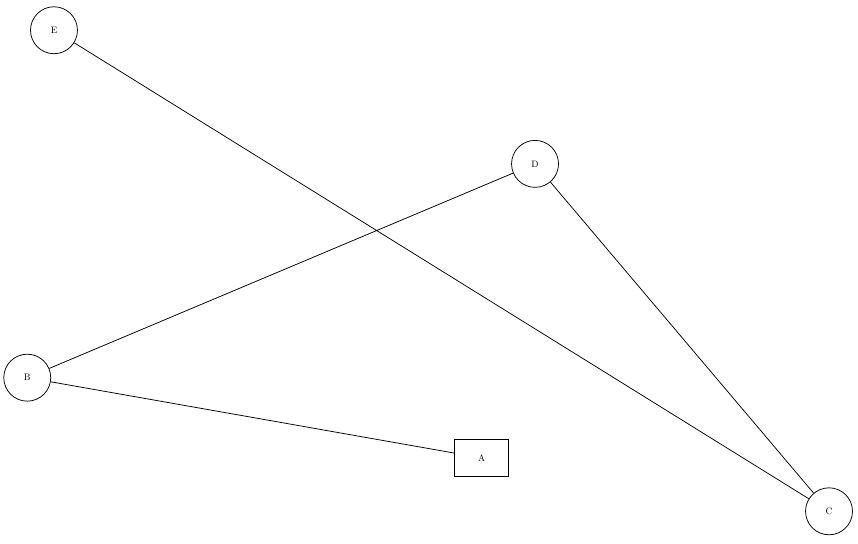 The following MWE is working for me. I am using minimum height and width also along with minimum text width.

Not the answer you're looking for? Browse other questions tagged diagrams or ask your own question.

73
What are the possible dimensions / sizes / units LaTeX understands?

12
How would you produce the following exact hexagon?
2
Diagram with exact sequences
12
Drawing rectilinear curves in Tikz, aka an Etch-a-Sketch drawing
5
How to repeat a drawing
9
Line up nested tikz enviroments or how to get rid of them
3
Diagram with cylinder shapes and rectangles
0
How to draw plane shapes in TeX