Pasting a LaTeX snippet into a Plain TeX document

Suppose person A writes a short bit of TeX code, and sends it to person B for inclusion as part of a larger document. The snippet written by A doesn't use anything fancy: no cross-references, citations, sectioning, footnotes, etc. etc. But it has math, of course, and minimal text formatting commands like bold, italics, enumerated lists, maybe tables, etc.

The problem is that A and B use different flavors of TeX. I believe that A uses Plain TeX and B uses LaTeX, then usually B can just paste A's code in and it will work, since most of the text-formatting commands in Plain TeX (e.g. {\bf bold}) are actually TeX primitives and hence also available in LaTeX even if not the "recommended" style.

If A uses LaTeX and B uses Plain TeX there is more of a problem, since for instance \textbf{bold} doesn't exist in Plain TeX. But of course in this case, B can just define a simple version of it herself. My question is whether I can save B this work? Where can I find a short, quick and dirty collection of macro definitions that a Plain TeX user can paste at the top of her document that will enable her to paste in simple fragments of LaTeX, using no more than basic text formatting commands and (say) list and tabular environments, and have them come out looking at least vaguely reasonable? Obviously if the LaTeX code uses anything fairly complicated, then there is no answer to this (short of pasting in or reimplementing all of LaTeX), but it seems that for very simple code it should be possible, and maybe someone has done it before.

You can always just copy the definitions. The file miniltx.tex will help a bit (this already allows latex colour and graphics commands in plain, and defines some internal latex tools, but it does not help a lot with tabular. The file below adds tabular, just the basic version not extended versions from array package or tabularx etc, also I used \Lbegin and \Lend to avoid clashing with the \end primitive as used by \bye. 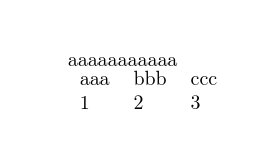 This is how I interpret the remaining part of the question: you would like to paste something like the following text:

The following is one way to solve it.

First, look up how enumerated lists are input, in some macro package available in plain TeX (or implement your own). For example, this is how eplain does it:

And this is how opmac does it:

Next, do whatever hacking is necessary to turn that LaTeX syntax into the corresponding plain-TeX-with-macros input. For example, using eplain (note my macros can probably be improved):

Here, we have pasted the LaTeX snippets \begin{enumerate} … \end{enumerate} and \begin{itemize} … \end{itemize} into a plain TeX document, and got reasonable lists in the output:

Of course you'll need to come up with similar definitions for every environment you use, and you'll need to do more hackery if you want to support more elaborate syntax like the optional arguments of enumerate and so on. But you said

For my purposes, I would be happy with an answer that could deal with both itemize and enumerate simultaneously in a very bare-bones way like that.

and this is certainly very bare-bones. :-)

Not the answer you're looking for? Browse other questions tagged plain-tex latex-misc or ask your own question.

14
Is there any software that converts latex file to tex file?

26
Can I see a plain TeX source file please?
12
Is TeX necessary if using LaTeX?
6
How can I use plain TeX with TeXnicCenter or another IDE?
21
Plain TeX online documentation/references?
5
How can I write blackboard bold Latin capital letters in Plain TeX?
2
texdiff on plain tex files
18
LaTeX for plain TeX users?
1
Is it possible to prevent a page break within a block of TeX in plain tex?
3
Force footnotes to bottom of page in plain TeX
7
Does $$...$$ produces wrong spacing in plain TeX?