I just installed Texmaker 5.0.2 for Ubuntu MATE 17.10 and the icons are unbearably large in the interface (see screenshots), even the configuration window takes up the whole screen.

I think my problem is the following - I have an ASUS ZenBook UX303LN, which comes with a QHD 3200x1800 screen, and guessing by this post, Texmaker is trying to adjust for that. However, the screen has been replaced since a I bought it with a lower resolution 1920x1080 screen, and I'm guessing that's the reason the icons appear too large.

I've tried to remove all the toolbars I can, but still the buttons are huge and the spacing by the line numbers is too large. The configuration window doesn't seem to have options to change this. Any suggestions for a fix? 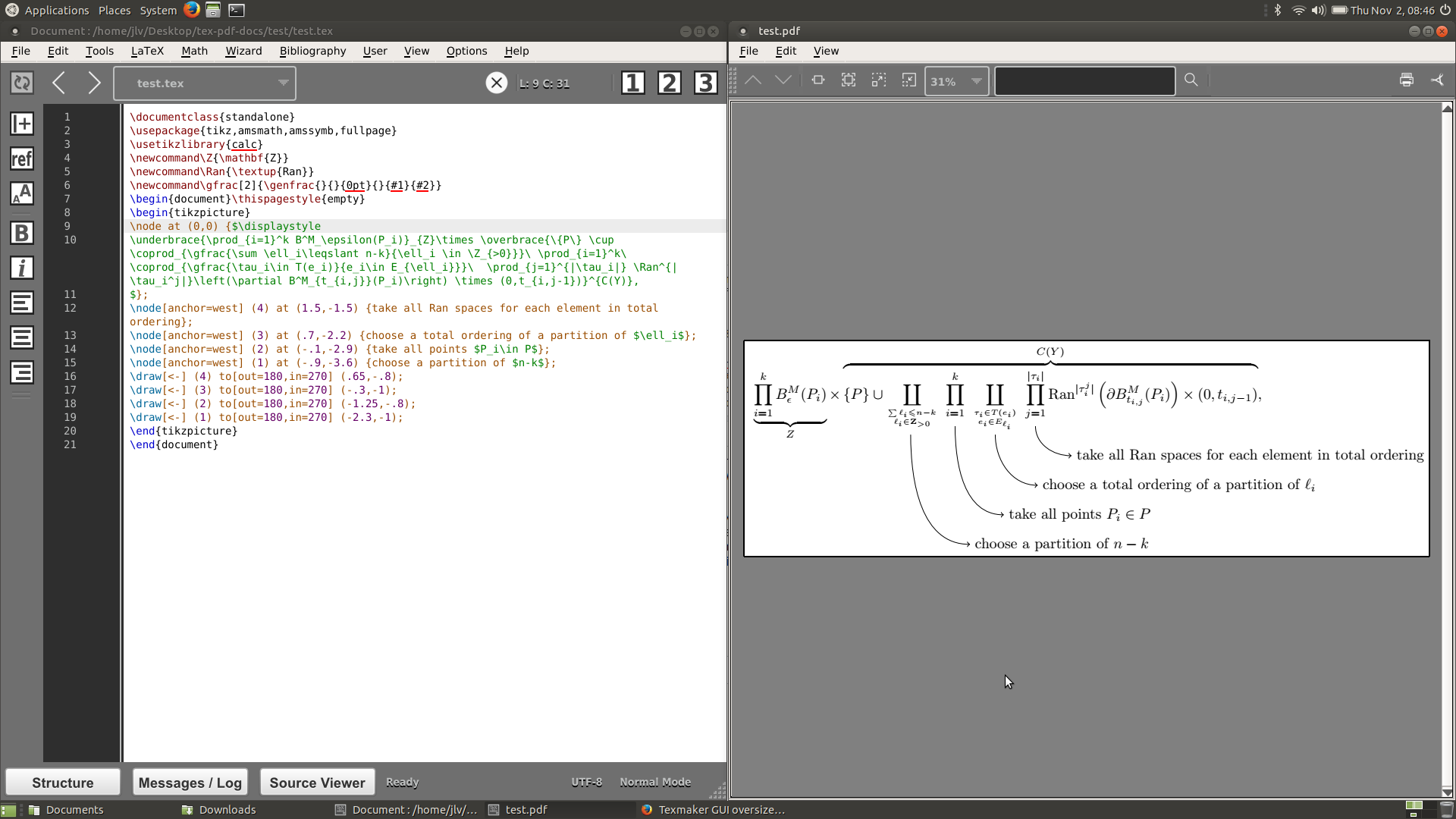 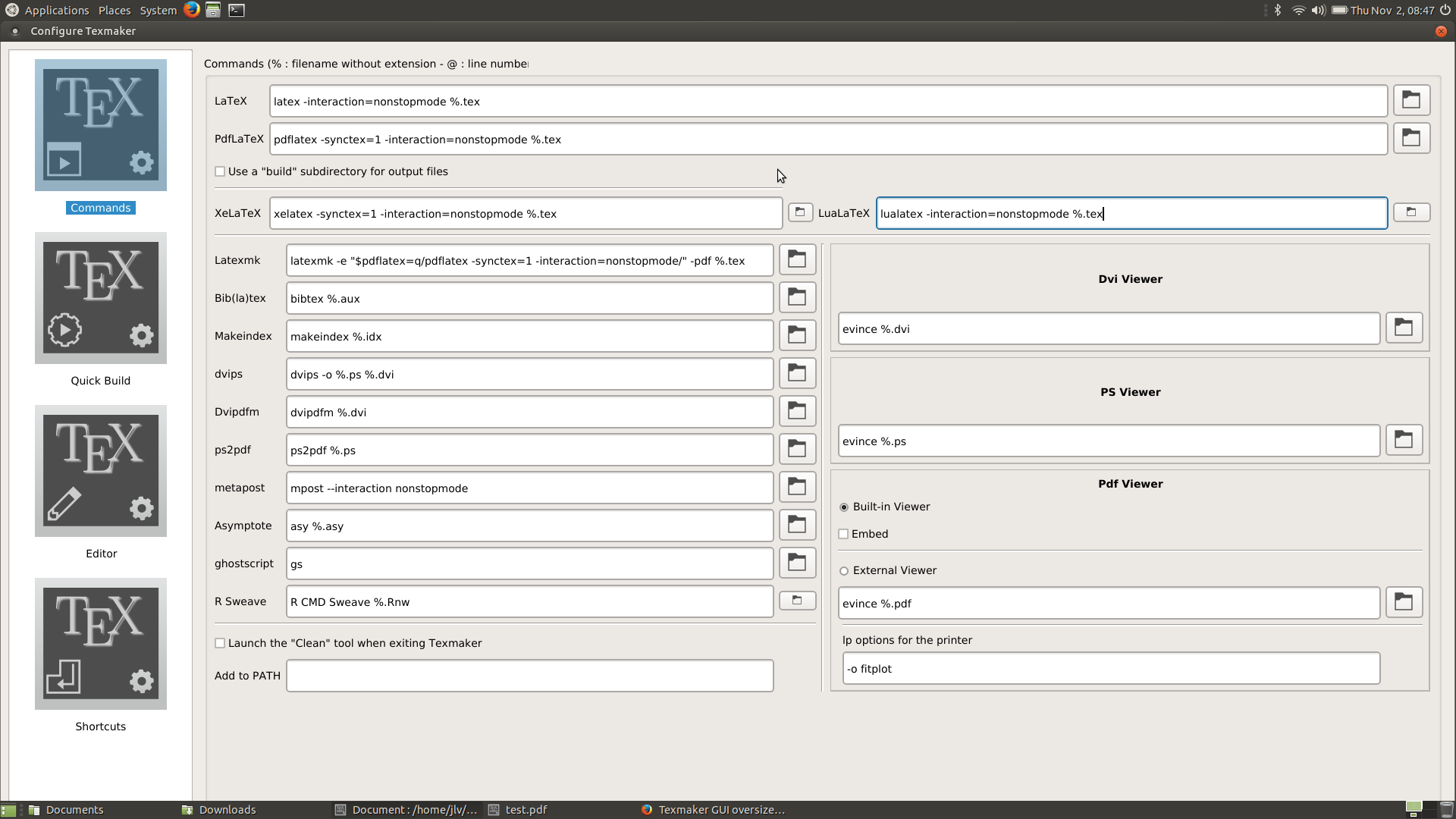 The problem is not with Texmaker but with QT which at least in my machine (Linux Mate 18.04.2) is not properly set up.

I fixed it by setting QT_SCALING_FACTOR=1. Texmaker works beautifully with my UHD monitor now.

In my case, I do this in the command line, but you can set that variable somewhere else I guess:

Not the answer you're looking for? Browse other questions tagged texmaker resolution or ask your own question.