I am trying to reconstruct something similar to the following using tikz: 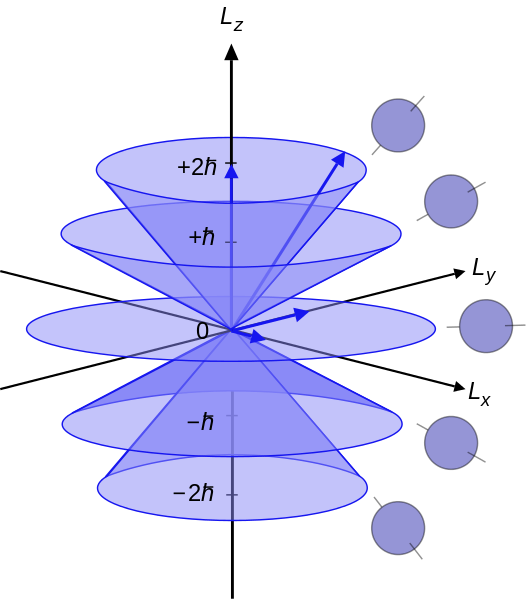 So far, I can roughly produce the tops of each cone at various positions, but I have no idea how to complete the cone shape and furthermore produce the progressive shading with opacity (the cones overlapping each other). 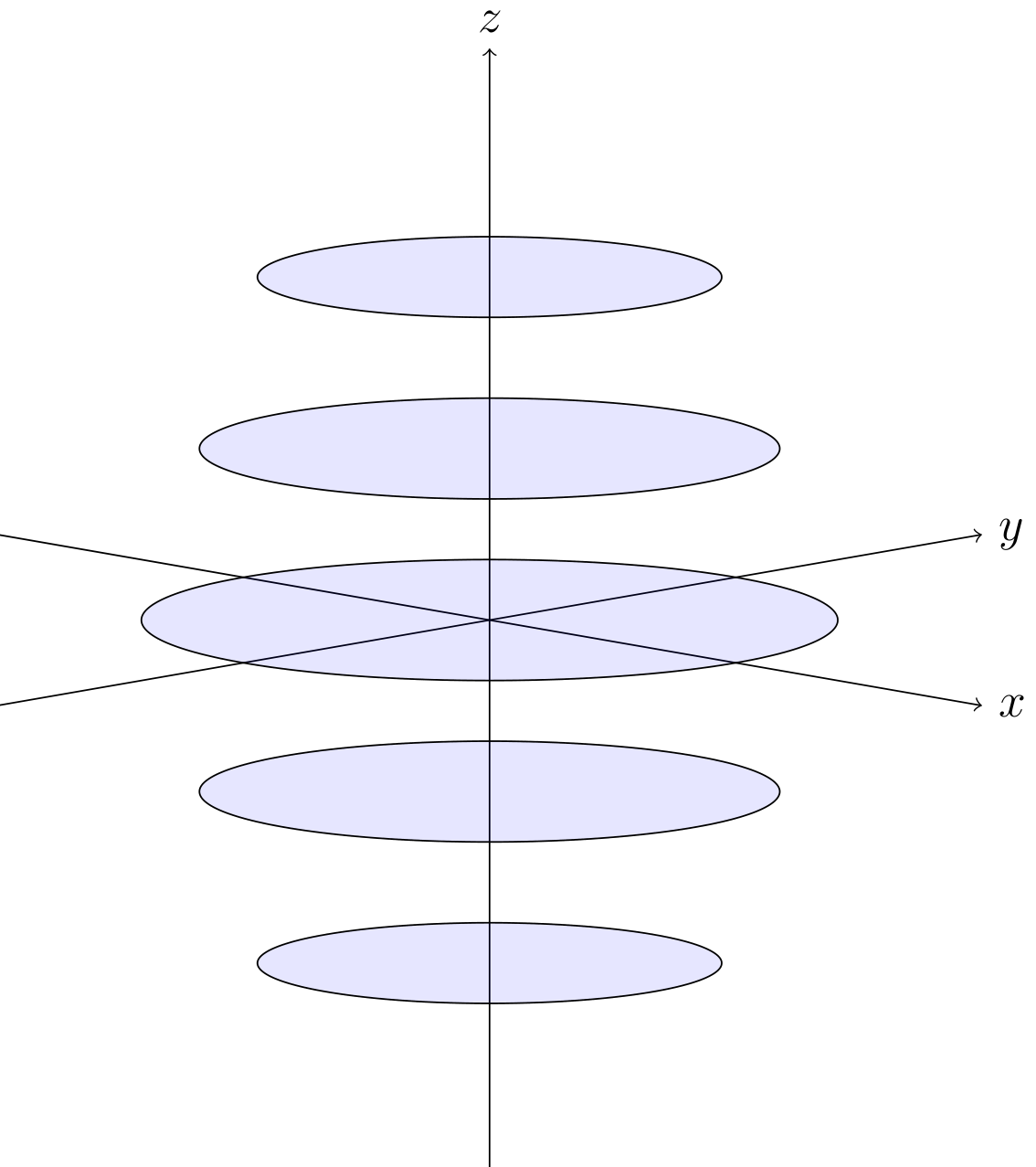 In order to get just a part of an ellipse as the border to your fill, you can use arc (start:stop:radius), which draws the arc of a circle of radius radius from start degrees to stop degrees (in the plane of the drawing, with the x axis being 0 degrees and the y axis 90 degrees). Since you want the circle centered at the origin you'll want to start the path at the polar coordinate (start:radius) (again in the plane of the drawing).

You'll want to fill two regions for each cone: one for the back of the cone, and then another for the front. Both regions will have borders which traverse an arc of the circle, go to the origin of the diagram (which you have helpfully saved so you don't need to know where it is in the current plane coordinates), and then close the path. Because of your nice viewing angle, the points on the ellipse connecting to the origin of the diagram will be around 45 degrees and 225 degrees. You could probably calculate the offset automatically (probably someone else will give an answer which does this), but in the code below I just let you specify an offset which looks okay for each cone.

If you care about the lines being obscured correctly, you also have to make sure that everything's drawn in the correct order, from back to front. (If the cones are all the same color and you just care about the fill being the right darkness then the order won't matter.) I've also done the order manually, which might come in handy if there's other stuff that needs to go into the diagram on the correct layer. 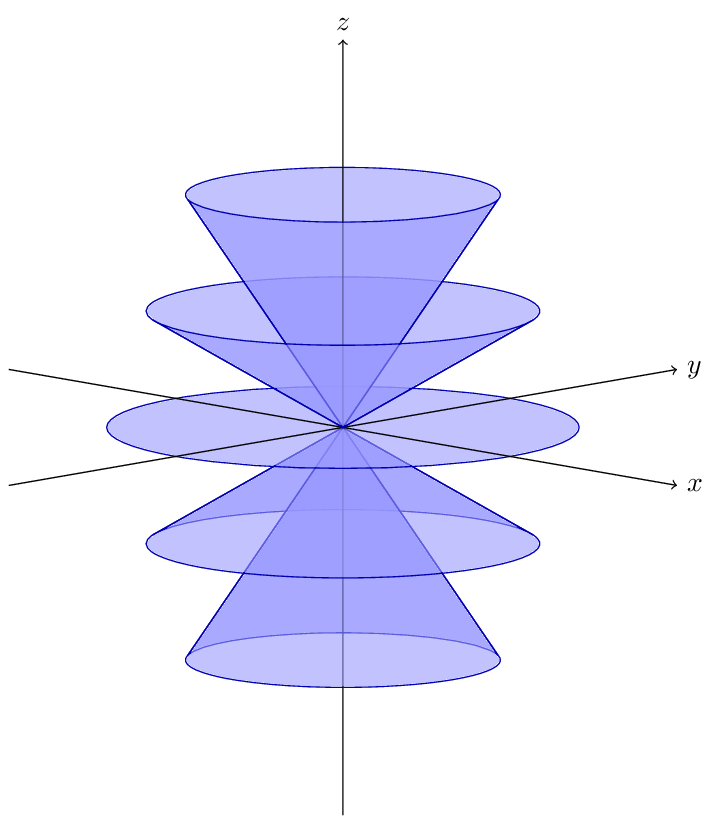 Not the answer you're looking for? Browse other questions tagged tikz-pgf tikz-3dplot or ask your own question.

20
How to define the default vertical distance between nodes?
16
Numerical conditional within tikz keys?
17
TikZ: Drawing an arc from an intersection to an intersection
12
Drawing rectilinear curves in Tikz, aka an Etch-a-Sketch drawing
9
Line up nested tikz enviroments or how to get rid of them
3
Arrow between BTrees
0
How to change coordinate system inside a tikz path
1
How do I change the radius of circle in a node in tikz style?
3
Document header with tikz