Why can't I combine superscript and small caps in my beamer presentation?

I'm having trouble combining superscript and small caps for an individual word in my Beamer presentation. I haven't found any answers on the topic. Here is a MWE: 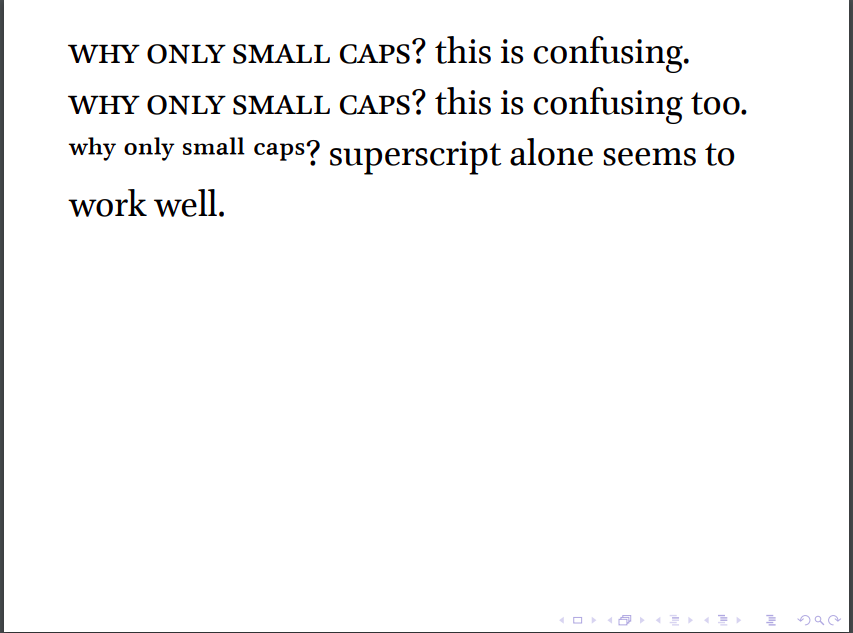 Thank you in advance for your help!

The problem is similar to Bad superscript with authblk / xltxtra and the culprit is xltxtra that loads realscripts which in the case of Brill breaks superscripts, because the font doesn't feature the necessary glyphs.

1 The story is long. At the beginning there was fontspec, then xunicode was released for adding support for characters to be input with commands and xltxtra was introduced for easing the loading of both packages; later versions of fontspec did load xunicode, so xltxtra was no longer needed. With more recent releases of fontspec, xunicode should not be loaded. Unfortunately, several templates still load xltxtra, which is wrong.

Not the answer you're looking for? Browse other questions tagged beamer fonts superscripts small-caps or ask your own question.