I'd like to know why one would advise against using vertical lines (via |) in a tabular (i.e. in \begin{tabular}{|c|c|})? Or is it simply a matter of finding 'nicer' formats, which don't require vertical lines?

I'll voice a dissenting opinion: of course you can use | in a tabular, you just have to be careful how it is done.

Never forget that the booktabs way of doing tables is only one among many. If you look at old books about typography, you'll see that they do perfectly readable tables not by using only horizontal rules, but, on the contrary, by using nearly only vertical ones. Here's is a couple of examples from Lefevre's Guide pratique du compositeur d'imprimerie (from the prestigious French printing house Didot): 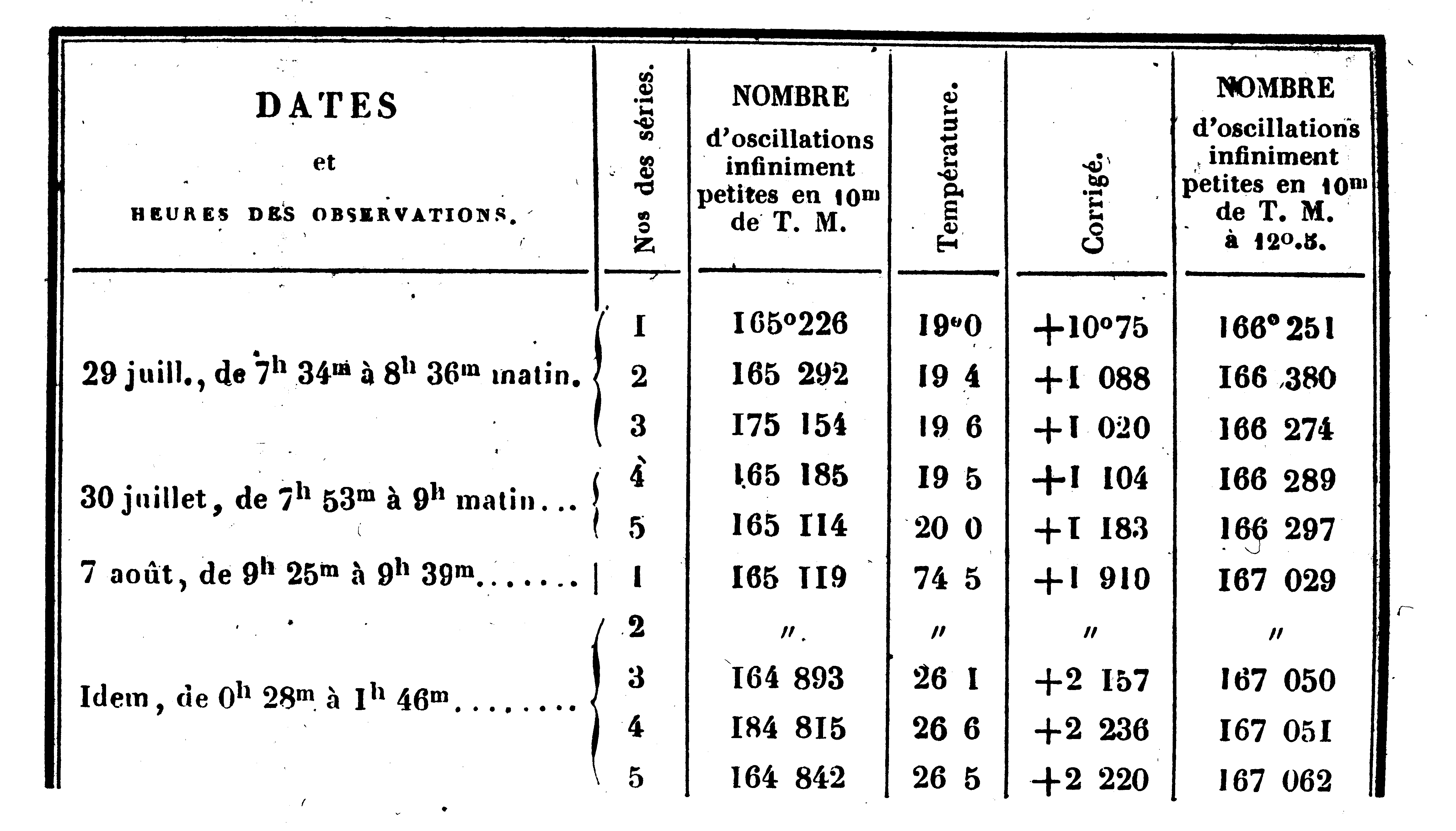 Of course, in LaTeX, the problem is that

This is the usual typography rule: you do not want to put on the page something that interrupts the eye movement from left to right. A generous spacing between the columns and alignment give enough information about the columns; extra rules make reading more difficult.

A problem I find with typography "rules" is that a lot of them read like the ten commandments. They tell you what not to do, rather what to do and rarely talk about exceptions. For example this table would read better with vertical rules.

Why would it read better? If you had to curve fit any of the observations you would read from top to bottom, a column a time, for example the comet distance. In general (my rule/observation), if you don't need a heading on the first column of a table, you are better off with vertical rules. Note that if you adopt such an approach the table will look better if you minimize the horizontal rules.

There are many exceptions. Any table that has information similar to a table of logarithms, trigonometric functions etc. At a point in time there was the DIN 55 301 (1978) standard that dictated vertical and horizontal rules for statistical tables with the motivation to present data clearly. According to the same standard cells in a numerical table should not be left vacant. If the cell is left empty the value of the data in that cell becomes unclear. If its value is "0" better to state it. An en-dash normally signifies an absence of data. I normally use ditto rather than "''" if the data is the same as the cell above.

Sometimes, no rules might blend with the text better,

In general though as Tufte says, it is better not to imprison your data in grids of cells. This is very common in business reports, where one picks an excel table and shows it in a similar fashion in a publication. If you are in doubt use "Firer's Rules", but it is good to be aware of the exceptions. Tables are meant to be read (otherwise don't include them). Read them aloud as you would a sentence, normally this would give you a clue as to the best way to lay them out as well as to where rules should be placed.

As an aside, the tables are from Newton's Principiae. Astronomical symbols from the package wasysym.

Not the answer you're looking for? Browse other questions tagged tables typography best-practices rules or ask your own question.

23
How to make continuous (but breakable) vertical rule along left side of paragraph?
1
Vertical text alignment in tabular is wrong
2
Typography rules : how to apply them on such tabulars
9
tabu package - gaps in vertical lines
1
Redefining an environment and summary box using grid and gridleno
1
Too long vertical lines in table when declarations must remain on distinct lines
4
Designing command that prevents \hline in a tabular?
1
need more aesthetic alignment for components of a figure
1
Remove surplus vertical space in tabular