Draw isosceles triangle with angles and stuff in TikZ

Ok well, I neeeeeed your help. How do I draw this piece in TikZ? 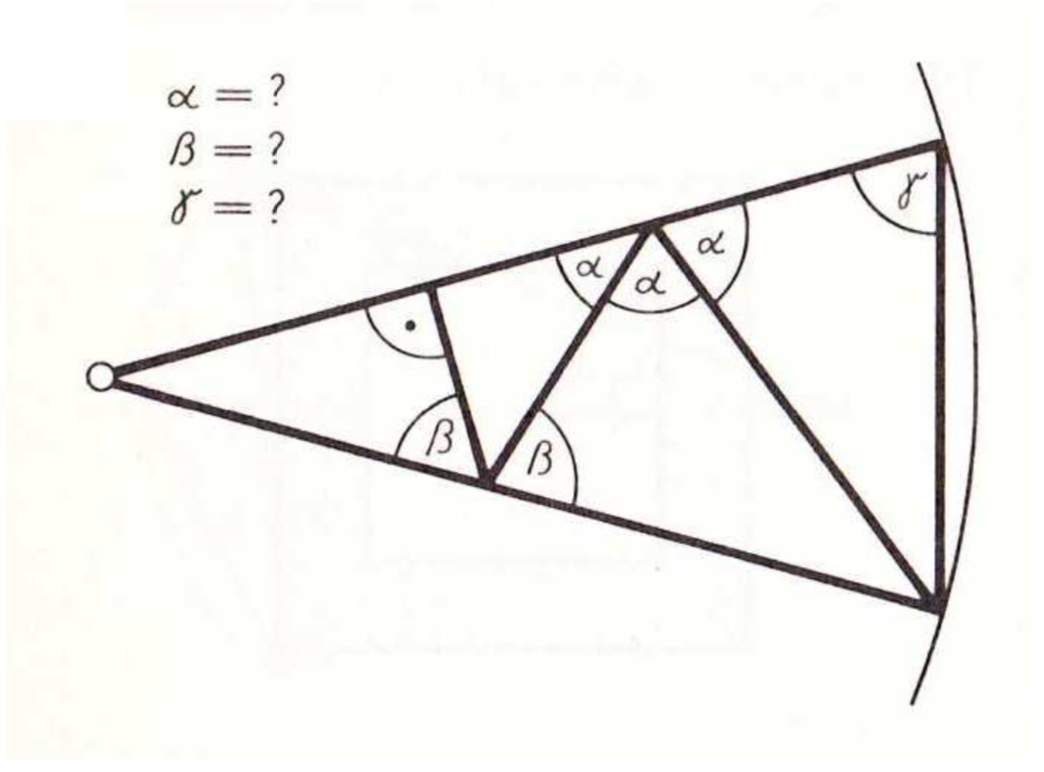 I tried things with arc but I have no idea how to draw the lines in the triangle. Thanks in advance for your help. 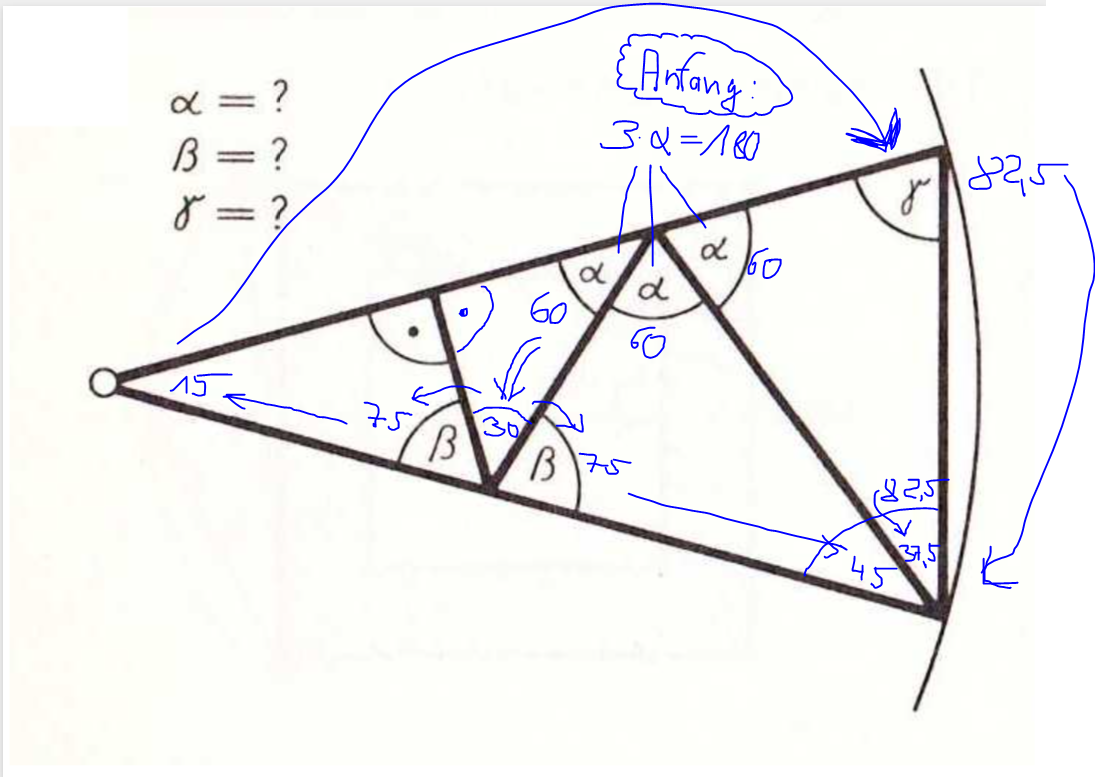 I am not going to use the angles and distances of your problem myself, since this is a homework problem (Although you say you have found them already :P)

However, I will give you the tools that you should be looking at to try to find all those points. You are still going to need to find some properties about those points yourself to be able to write them.

But once you have those properties between them. The distance between two points, the angle between the lines and so on, hopefully the following methodology helps you find the points within TikZ.

We are going to use the following libraries:

If you already know the distance between two points and a intermediate point. Let's say, for example, that a point is 1cm away from A in the direction from A to B, you write

If, on the other hand, you know that the point is 30% from A and 70% from C in the line that joins them, you write instead

If you know that point E is the projection of the point D along the line AB, you can find that projection by writing:

(This implies that the lines DE and AB are orthogonal)

Points in the other line at an angle

To find a point in another line that is at a given angle from a line, this requires 3 steps. Finding a point in a line at that angle, draw both lines, find the intersection:

Therefore, this is my suggestion that I include in how you should go about it.

There are other ways that could make it faster... but I think those 3 rules above are easy enough for a beginner.

I took the liberty of, instead of hardcoding some of the angles, writing a \pgfmathsetmacro{\cmd}{mathsy stuff}, so that you can "code it" before you know all the angles. 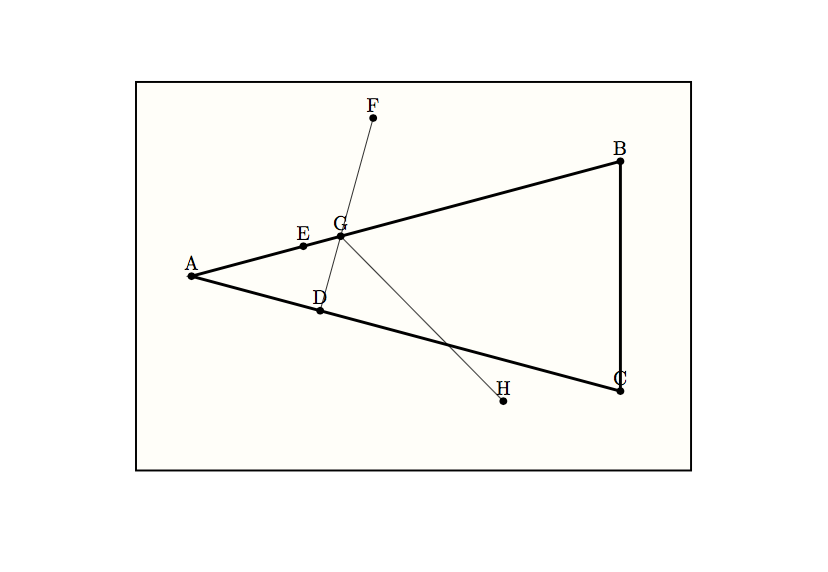 Thanks Alex, everything work fine now. Thanks a lot. 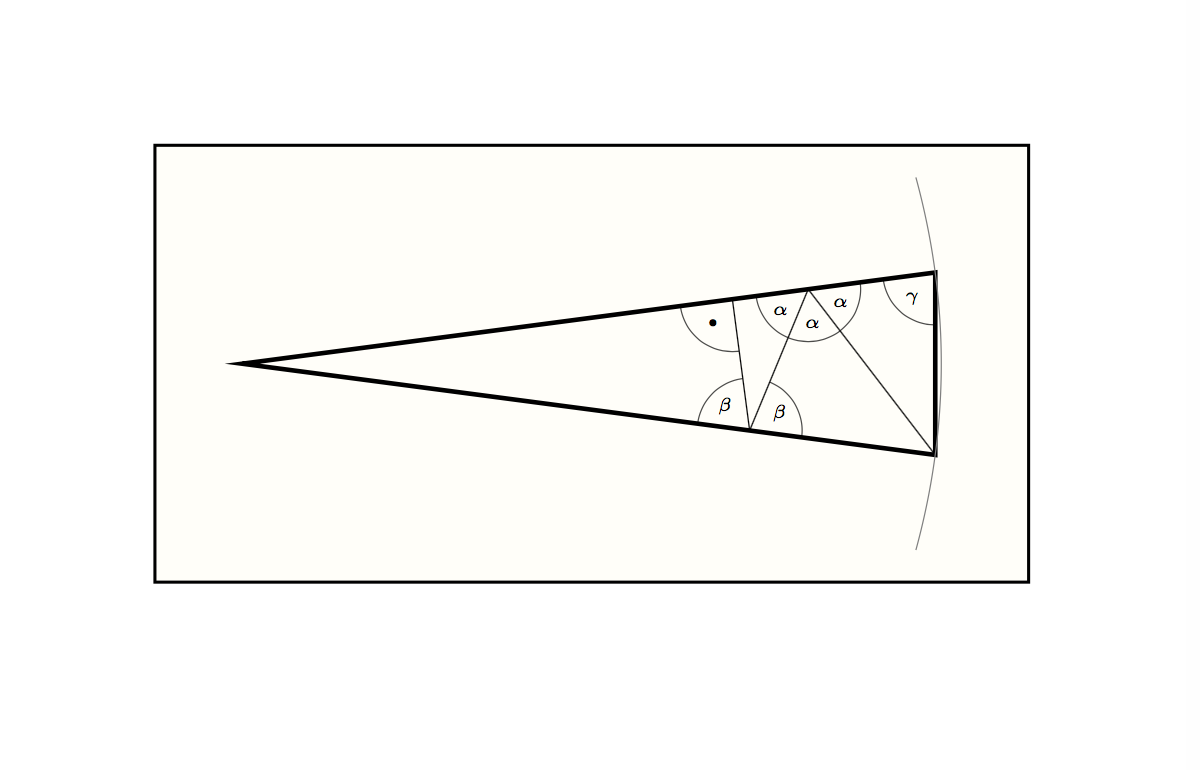 Not the answer you're looking for? Browse other questions tagged tikz-pgf draw or ask your own question.

7
TikZ: How to draw an helicoid and fill area below curve
15
TikZ: Drawing an arc from an intersection to an intersection
9
Line up nested tikz enviroments or how to get rid of them
1
Errors when drawing extendible hash index table with Tikz Library
2
3D rotated coordinate system on the interaction point of a line and an arc in Tikz
0
LaTeX Tikz: Compare two \def arguments
0
labeling points on the circle with the same symbol
2
Two y-axis graph problem with ylabel and legend - PGFplots
6
Filling a shape with intersecting lines in TikZ