An easy one hopefully:

I'm trying to label an image with some annotations, and I'd like to use some simple text and arrows for this.

At the moment I'm just doing this, inside a standard image environment: \put(x,y){$\leftarrow$ X kDa}

But the pedant in me would like block-headed (or 'filled' arrowheads). Is there a simple option to specify this, or a different arrow command/keywork that can be used? 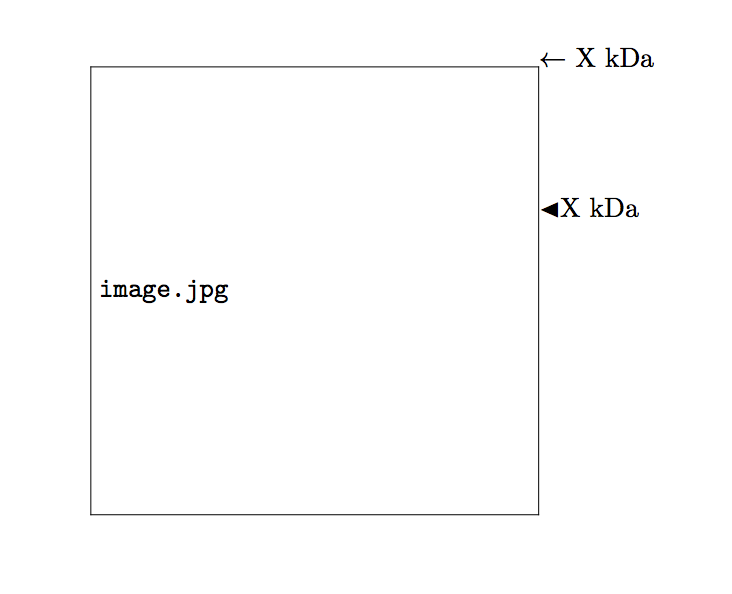 All I want to do is change the arrow style. I know Tikz etc could do all this but thats far more complicated than I want to get in to right now. wasysym has a block arrow without a stem which is a little closer, but not exactly what I'd like.

This is a very quick fix that does not require an additional package. EDIT: Moved the arrow up a bit. 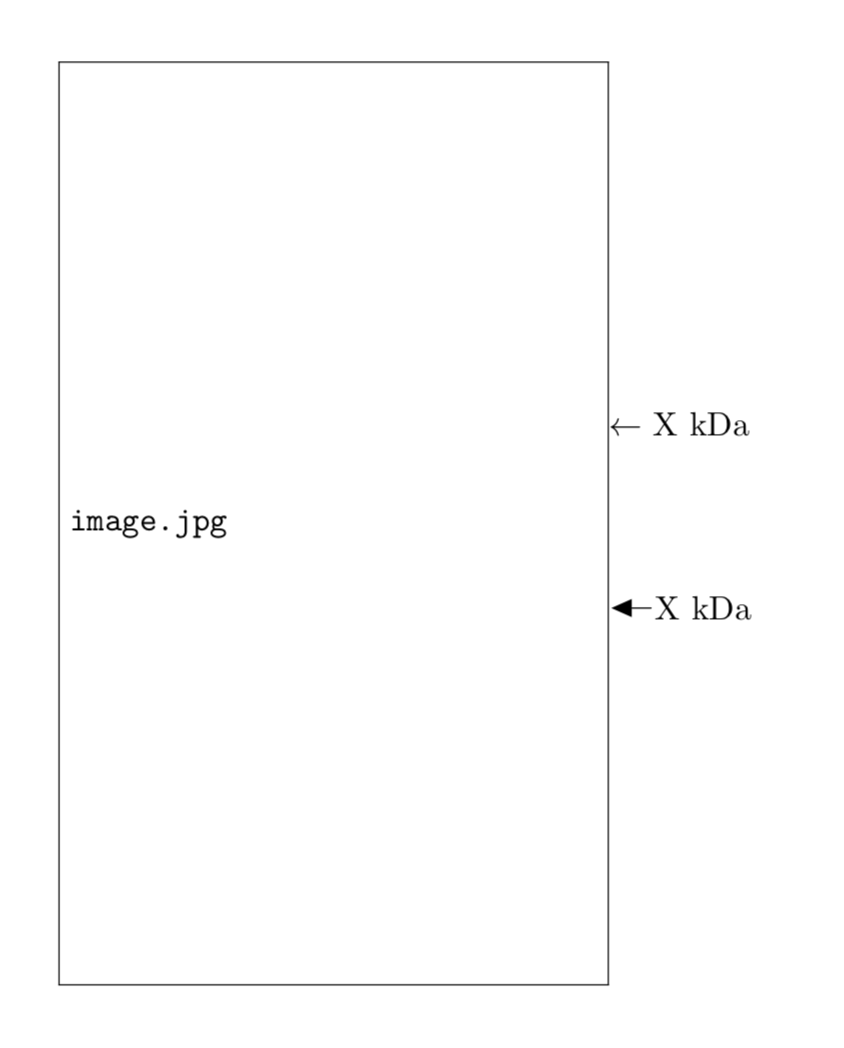 Needless to say that there are much more elegant ways of annotating pictures, e.g. based on TikZ.

Not the answer you're looking for? Browse other questions tagged graphics floats arrows or ask your own question.