What's the difference between \hfil and \hskip0cm plus 1fil?

What's the difference between \hfil and \hskip0cm plus 1fil? In both cases, a glue token is created that skips by zero, but with 1fil of stretchability. If you use \hbox spread 4cm{\hfil test \hskip0cm plus 1fil}, you'll get an hbox with "test" in the middle and 2cm on either side of empty space (showing that the two glues are sharing the space equally). In all the cases I've tested, the two have been exactly the same (including variants of \hfil like \hfill and \vfil).

Notably of course, after

show different behaviour, and similarly after

\hfil inserts a glue that is exactly equivalent (identical) to that inserted by \hskip 0pt plus 1fil. The only difference is that:

Why does \hfil exist as a primitive? As TeX is one of the most-documented programs in existence, we can actually look this up. If you invoke texdoc errorlog (or read it online), you'll see this entry for 23 July 1979:

The “E” means it's a change made for “Efficiency”.

In the old (pre-TeXbook, and for TeX78) TeX manual, the one published in 1979 as part of “TeX and METAFONT: New Directions in Typesetting”, in Appendix X: Recent Extensions to TeX (page 201 of the “TeX” part of the book), it says:

(At that time the fil/fill/filll units and orders of “infinity” didn't exist; those came later: see the entry for 7 Aug 1981 in errorlog.)

And to confirm that \hfil really does the same thing, we can look at the TeX program source code (around the section 1058 mentioned above) (texdoc tex or read online): 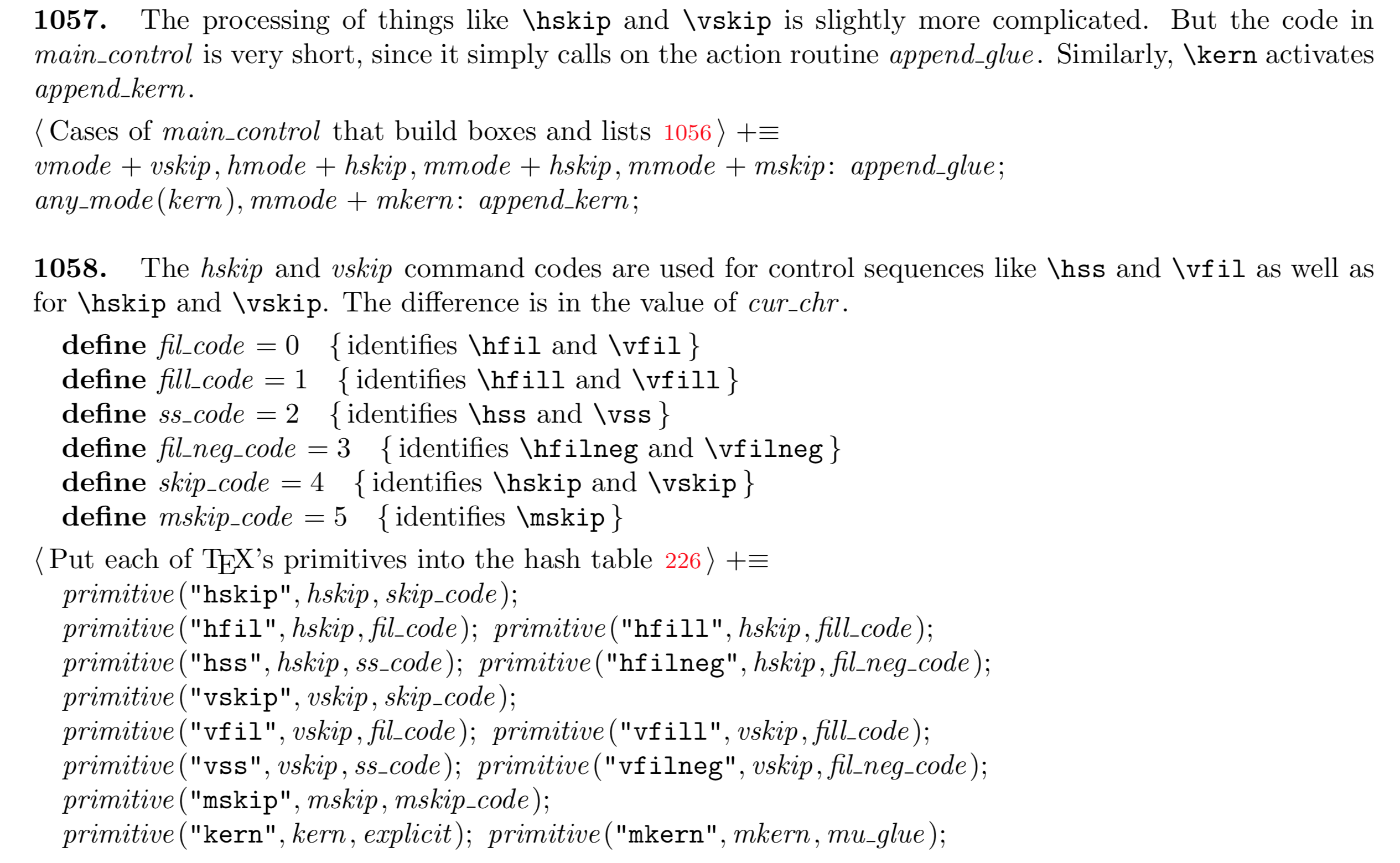 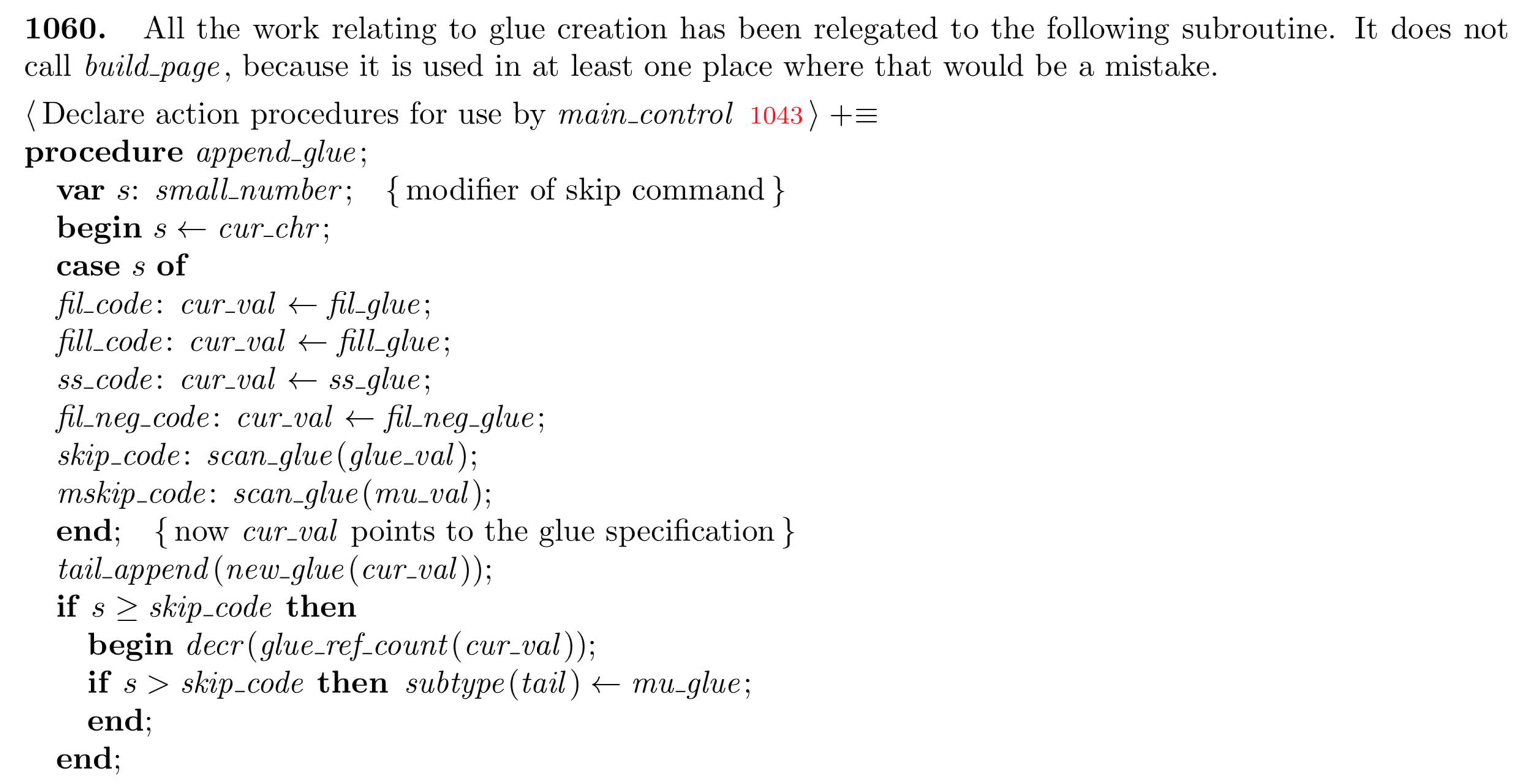 (Unfortunately the above is hard to understand unless you are familiar with the special conventions of the TeX program, but the main point is that \hskip and \hfil invoke the same internal function (procedure) append_glue, except that in the \hfil case the glue specification is a hard-coded fil_glue, and in the \hskip case it is scanned using scan_glue.)

Not the answer you're looking for? Browse other questions tagged tex-core tex-history primitives glue or ask your own question.