I have a big image containing several subfigures, each with its own single letter caption already overlayed.

I'd like to reference these subcaptions from the text. As far as I recall something like this was achieavable with subcaption and its phantom commands, but I'm not that sure they covered this particular case.

Is there a way to do it from memoir?

It's a single image that I'd prefer not to split. And I'd like to reference the subimages as they were separate figures.

EDIT Below what I'd do if I could use subcaption, unfortunately as soon as I load it in a document using memoir's own subfigures it messes up with all the caption handling and styling.

So the question remains, is there a way to do phantom subcaptions within memoir?

AFAIU, this cannot be achieved with just native Memoir macros. My own quick-and-dirty (absolutely no warranty) solution was to introduce slightly modified versions of the original native macros (side-by-side diff): 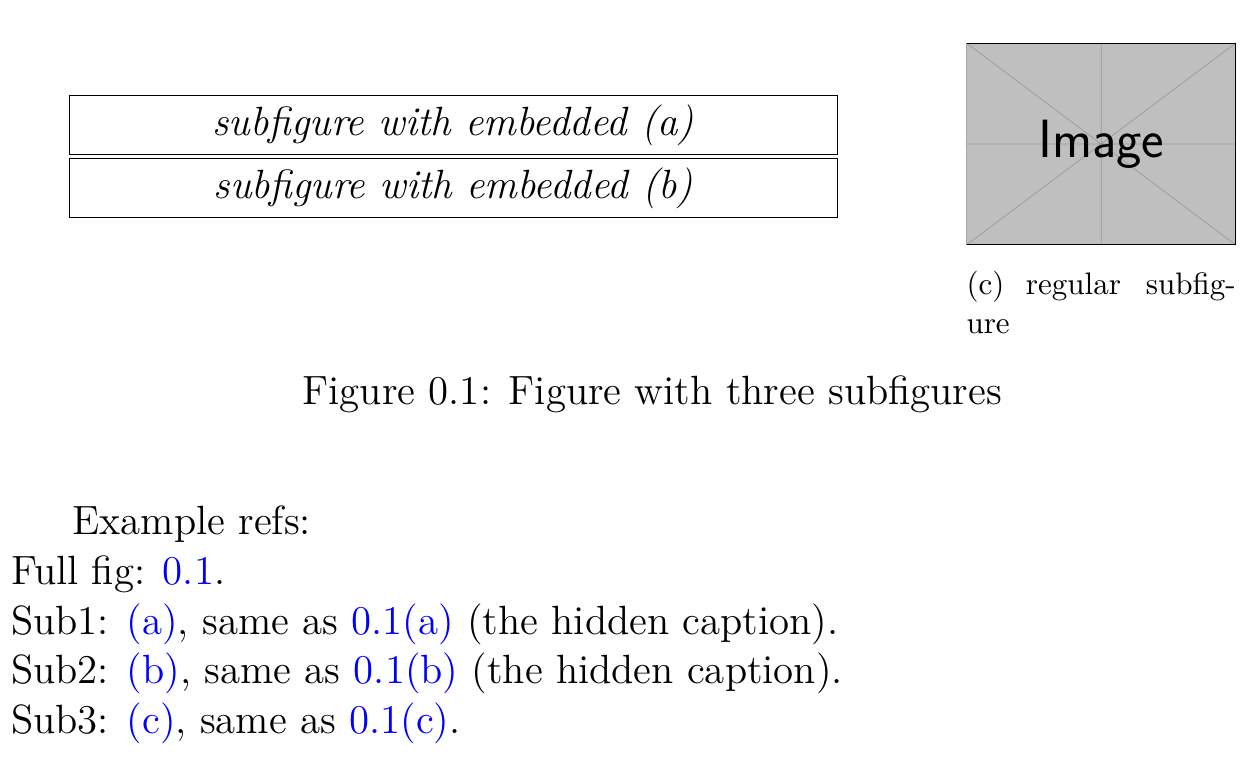 Not the answer you're looking for? Browse other questions tagged captions memoir subfloats or ask your own question.

3
Using memoir and hyperref, can I get a "\subref" in the caption of a figure?
7
custom sub-caption and refs format for subfigures
6
Subfigure label position and visibility in memoir
4
Using side captions with multiple subfloats (floatrow and memoir)
2
Memoir Class, Subcaptions, and the List of Figures
0
memoir subcaptionphantom without whitespace
1
Memoir’s subfigures vs cleveref: how to set the ref label format
1
Repeat main figure caption for subfigures, across page boundaries
1
How to use subfigure labels without multiple images in a figure?