Getting the path of a pen stroke in metapost

Suppose I have some fairly trivial metapost code:

This outputs a cross figure which intersects at the origin, z0. 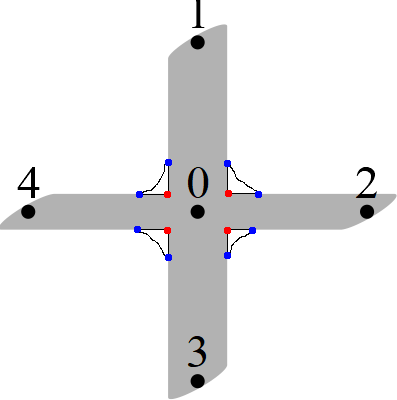 The red dots being the points of intersection, and the blue dots points along the path of the pen strokes.

It seems to me that if it were possible to acquire the path of the pen strokes, it would be very easy to accomplish what I have in mind.

Here is an example of how to use the new envelope operator.

this produces this (with clipping and fonts courtesy of imagemagick...): 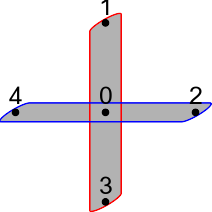 which is more or less what the OP wanted.

The next stages would be to save the paths returned by envelope as path variables and use intersectionpoint to find the points where they cross. You may need to make judicious use of subpath to get the exact crossing point you want.

7
The array name rule in metapost
3
Translate a path in Metapost
1
Metapost: path definition
1
In Metapost, access the points of a path copy
2
The Metapost path fullcircle
1
How to draw the intersection of a circle and a path in METAPOST
1
Getting external variable into metapost in ConTeXt
4
How to declare p.ABC to be a path in METAPOST
4
Math font as single stroke, no fill