How can I fix the following overlap happening in the margin? I want the numbers to follow each other with a comma in between them.

Edit: Clarification of the question. The text needs to be flowing from one line to the next with the section numbering in the margin. However when there are two or more numbers in the same line on the margin they should be separated by a comma or placed one (slightly) above the other.

This is the way the verses work in the Bible. Since the copies of manuscripts we have from the Bible has all the text written basically with all the letters back-to-back in the original languages the chapter and verse method has been applied to make it more readable and easier to reference a certain point in the text.

The way I need my verses numbered is by using the chapter number as the number for the very first verse. See the two screenshots below of Genesis chapter 1 and chapter 2. The numbers of the verses then increments onward until you get to the next chapter. 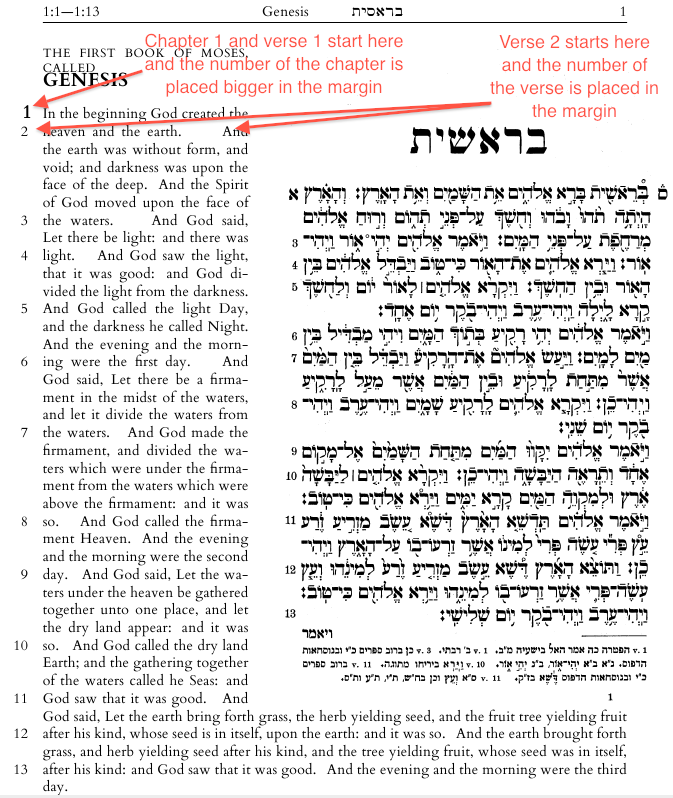 Turning to page 3 where the next chapter starts it should look like this: 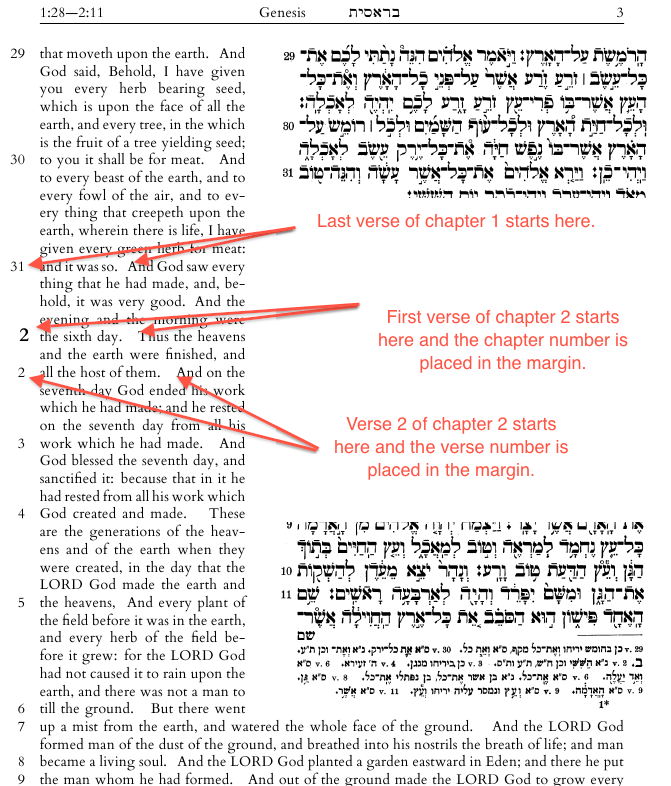 BUT based on Marc's excellent solution below the verse numbers are all still being displayed as well as the chapter number, resulting in the following: 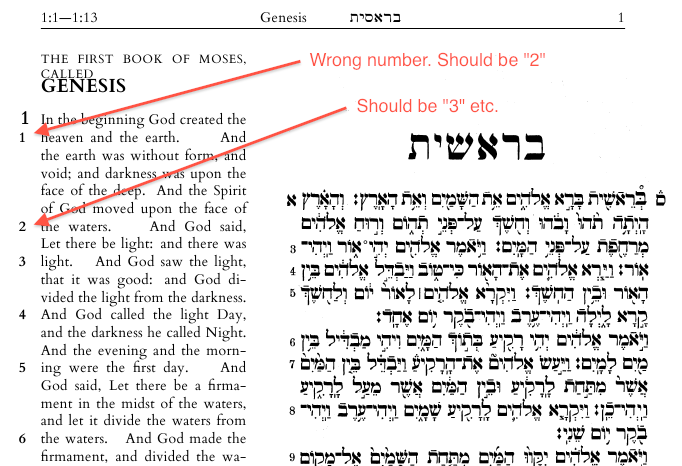 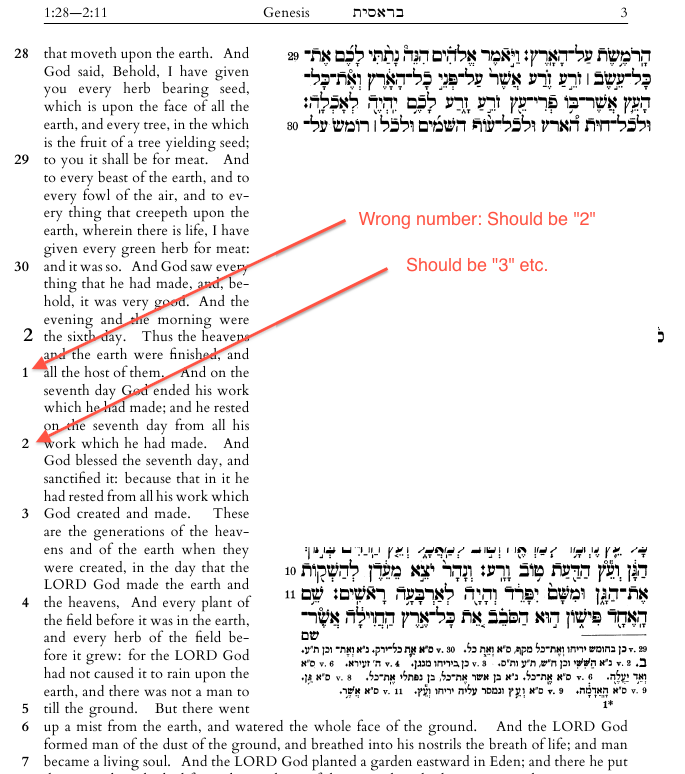 Here is an example to reproduce where I'm at at the moment. However you might not have the embedded image file so just remove that code in the wrapfigure tags.

The following does the trick (I've fixed a problem since the first submission). The solution requires two runs. In the first it'll save the label numbers and in the second it will collect them and turn them into text in the margin.

In the solution, which requires the recent pdftex extensions \pdfsavepos and pdflastypos, I use the current page number and the y position to group the numbers that should serve as labels. Since the numbers are all contiguous I decided to typeset the numbers as <start>--<end> in case there was a range of numbers. If you really want a comma-separated list then this should be easy to fix.

The implementation requires two temporary files because one had to store counters, which required an immediate \write and the other file had to store the \pdflastypos values, which are only known at page shipout time. It took a while before I got the implications:-)

The following is the package. The input is based on McGafter's input. I didn't have Caslon and I had to redefine the page headings (I wasn't going to bother defining them).

The following is the sample input. It's based on McGafter's input. I am not sure, if I am interpreting the question properly, but here is a MWE. If you willing to enclose the verse in environments, the macros can be modified to offer more complicated ways of typesetting.

If one can enclose the paragraphs with a set of verses in environment, line numbers can be positioned at the actual lines, as this will enable vsplit to be implemented.

Not the answer you're looking for? Browse other questions tagged sectioning positioning margins or ask your own question.

0
Prevent overlapping of elements on page

3
\includepdf puts title section below top margin
1
section text positioned in the margin
1
Nice customised titlepage for every section (scrartcl)
1
Increase margin for all paragraphs, not section headings and floats
1
How to move section,subsection, etc. title entirely to page margin?
2
Alignment of a section in a parbox itself in a tabular cell
3
titlesec: right-justified section number in margin
0
How to determine in advance whether a chapter has any sections, a section has any subsections, or a subsection has any subsubsections?