First of all, here is my MWE:

In general, it does exactly what I want it to do. But unfortunately it exceeds the right side edge in some cases when hyphenation gets invoked: 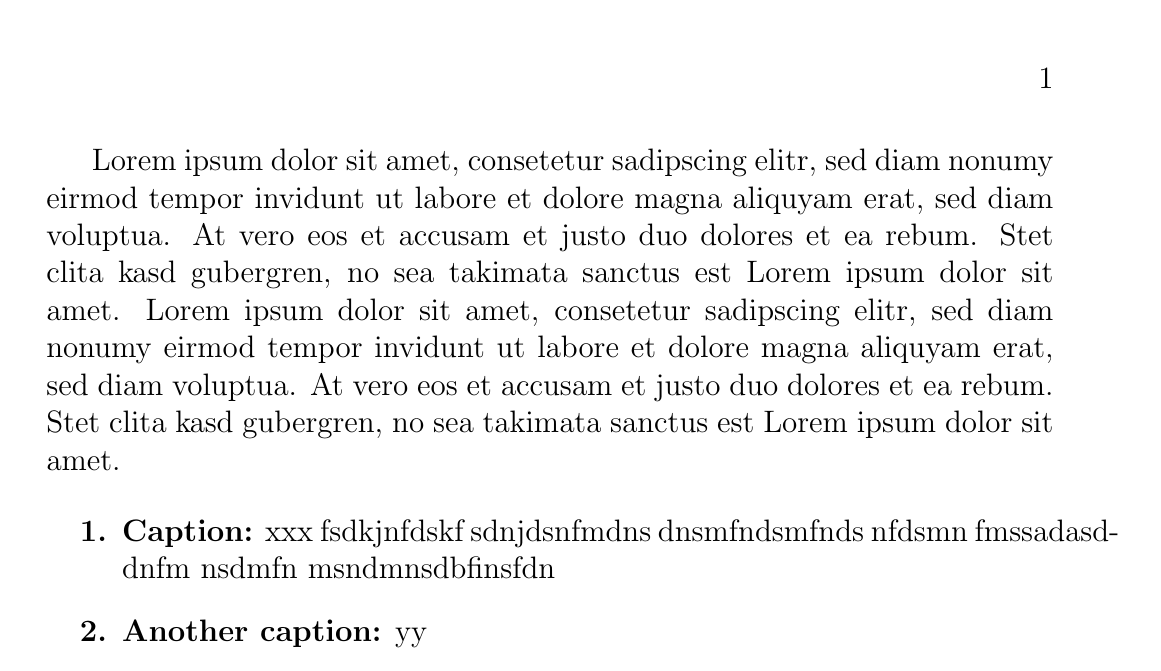 Is there something wrong with my environment definition?

With the code you showed us you have to add possibly breaks to add by your own, if a word already contains an hyphen. So instead your fmssadasd-dnfm write for example fms\-sad\-asd-dnfm ( I guessed two possitions for a valid -) or for your word with hyphen in your answer Pop-Operationen write Pop-Ope\-ra\-tio\-nen.

The complete MWE is:

and gives you the result: 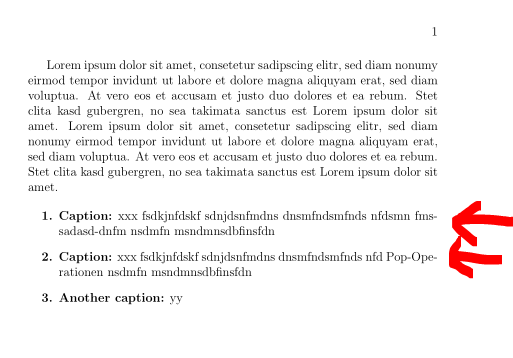 It seems you are a German using German language: Then you will use package babel in your code for language support. With babel you can use "= to mark a fixed, always printed - in an german word, but other (automatic) hyphenations are allowed too.

So you will get with the following german MWE

you get the wished result: 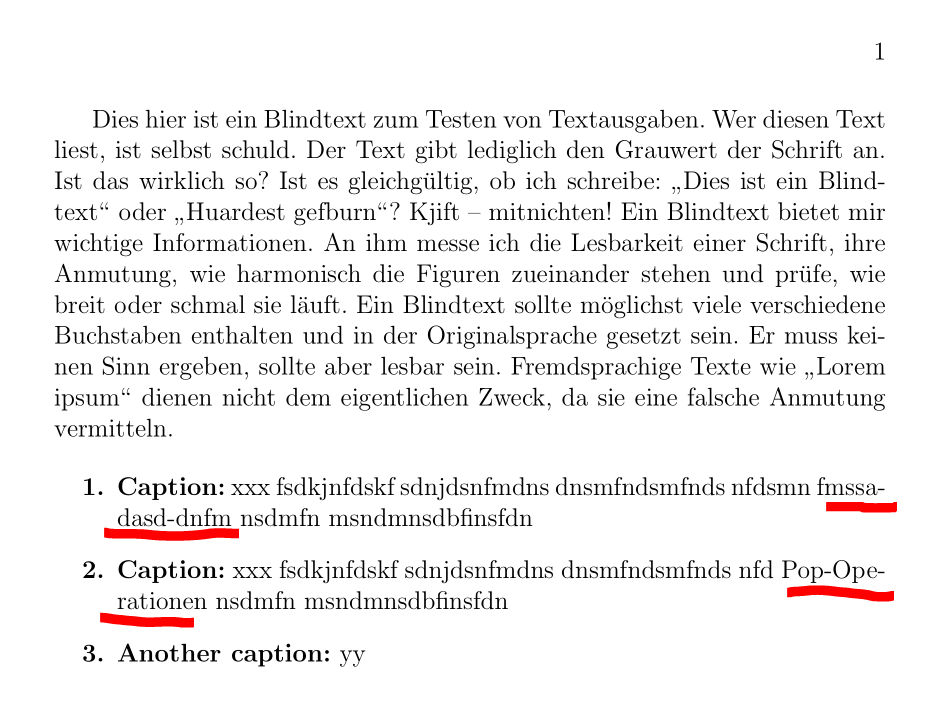 Indeed, many other language definition files for the babel package, beside German, define the same shorthand to insert explicit hyphens between words without affecting TeX’s ability to hyphenate those words. However, it is easy, with the help of Appendix H of The TeXbook, to write a small macro that does the same, without depending on external packages.

Indeed, TeX looks ahead for words to be hyphenated starting from every glue item in a horizontal list, so it suffices to add \nobreak\hskip\z@skip after the explicit hyphen: the \nobreak will prohibit a line break at the following glue, but that glue will “count” as a starting point for the lookahead notwithstanding. Morevover, in order to permit hyphenation of the word that precedes the explicit hyphen, it is necessary, and sufficent, to insert between the word and the hyphen certain types of nodes, the “cheapest” of which is probably an empty \vadjust node. So:

Compare the output of the two \showhyphens commands

to check that everything works as expected. You can also have a look at the output produced:

I could figure out a workaround: The problem occured for the German word Pop-Operationen for example. Instead of Pop-Operationen I wrote Pop"=Operationen which additionally allows the common hyphenations of both words. In this special case I got

Not the answer you're looking for? Browse other questions tagged environments enumerate or ask your own question.