Environment that treats words or groups as command arguments

How can I define an environment that would treat each word or group as an argument of a function?

I am writing a handbook that contains calculator entries, which I would like to typeset as buttons. So far, I am typesetting the buttons with tikz, but repeating the same command over and over again makes the code unreadable even if the command is just one letter long.

The tikz command is taken from here

which creates a mess. I would much rather have an environment

that would take separate words or groups

and produced the same result.

I have found that very similar behaviour can be achieved for tables using \catcode here but I was not able to make it work for my case.

Split first at \\, then at spaces: 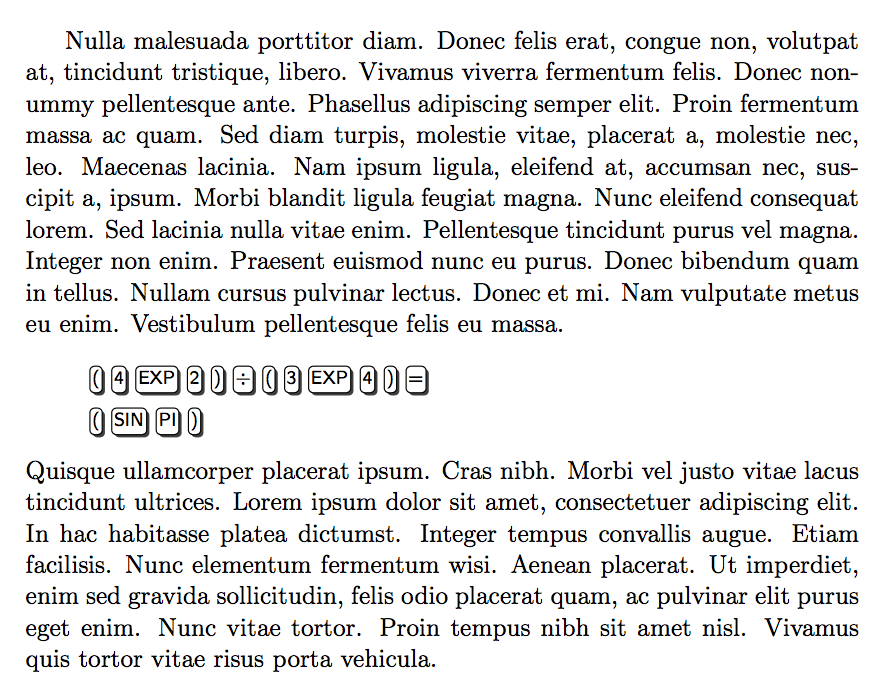 Not the answer you're looking for? Browse other questions tagged macros environments catcodes grouping or ask your own question.